Two-time F1 world champion Max Verstappen lives and breathes Formula 1 whether he’s at the track or traveling through the skies in his private jet.

Red Bull motorsport boss Helmut Marko has revealed that Verstappen plans to install a simulator in the concerted cabin of his private jet, a Dassault Falcon 900EX!

As a devoted top-level sim racer who competes in the virtual world with Team Redline, Verstappen spends a great deal of his time on his home sim when he’s not racing. 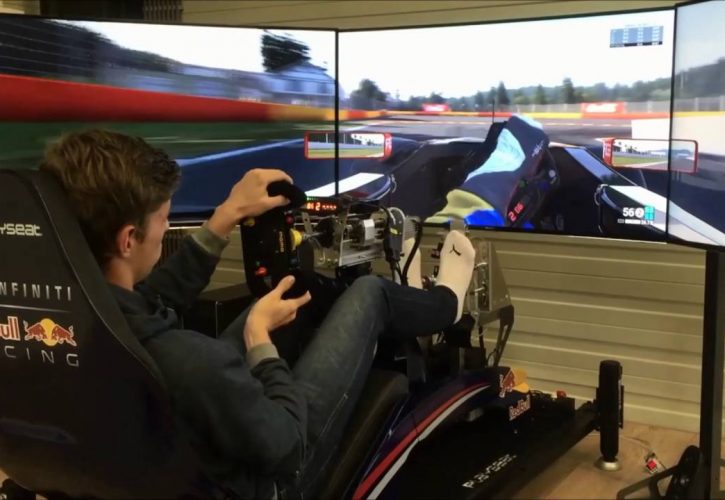 “His sim, you probably have to ask him, but it looks like his holy space in the house, no one touches his sim,” revealed Atze Kerkhof, director of Team Redline.

“It’s his thing and when he comes home, that’s his gym.”

Indeed, whether it’s to prepare for a new track, get into the grove ahead of a race weekend or simply distract himself in between races, the sim is a useful tool in the Red Bull driver’s existence, and he’ll soon be making the most of his time while traveling on long trans-Atlantic hauls through the skies.

“He even had his private plane converted so that he can fly a simulator in the air in the future,” Marko told Sport1.

“But that’s a good thing, too, because Max needs this distraction. In any case, it didn’t do him any harm when it came to his two titles.”

While almost all F1 drivers make an abundant use of private jets through charter companies, such as GlobeAir, VistaJet or EMCJet, that are contracted to their teams, Verstappen is the only known driver on the grid to own his own set of wings.

Lewis Hamilton parted ways several years ago with his candy red Bombardier Challenger 605 in a bid to decrease his carbon footprint.

Verstappen acquired his 15-year-old Falcon 900EX in 2020 on the second-hand market. The plane is decked out in matte dark grey with orange graphics featuring the Verstappen logo.