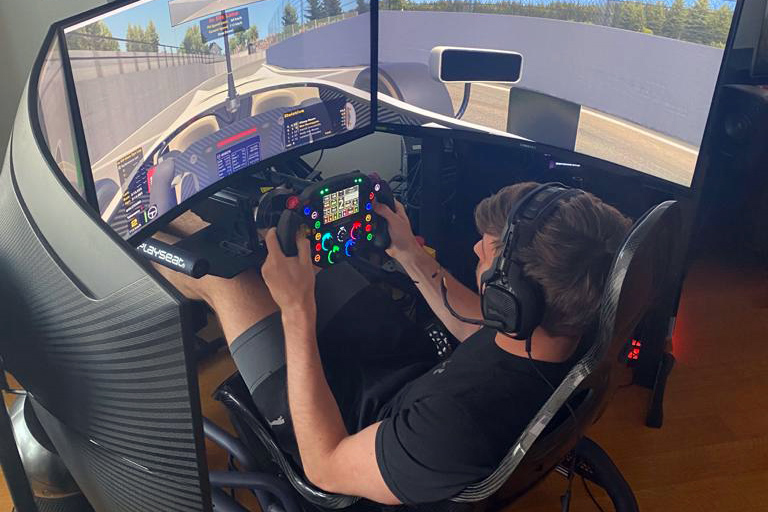 Max Verstappen is installing a simracing rig on his private jet, according to Red Bull’s motorsport consultant Helmut Marko.

The two-times world champion is an avid simracer and competes in top-level competitions for Team Redline. He was recently frustrated by connection problems at the Virtual Le Mans 24 Hours which led to him branding the event a “clown show”, but remains keen to practice whenever he can, according to former F1 driver Marko.

“He even had his private plane converted so that he can fly a simulator in the air in the future,” Marko told Sport1.

Verstappen’s enthusiasm for virtual racing is “a good thing”, Marko added, “because Max needs this distraction. In any case, it didn’t do him any harm when it came to his two titles.”

Travelling to the record-breaking 23 grands prix on the 2023 F1 calendar will give Verstappen plenty of opportunities to get extra practice in. Just nine of this year’s races take place inside Europe.

Verstappen acquired his Dassault Falcon 900EX in late 2020, the year before he won his first world championship. The 15-year-old jet bears a custom livery featuring Verstappen’s graphics and lion logo.