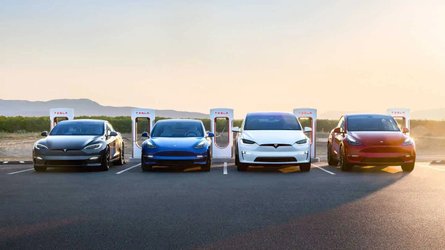 Tesla will continue to cut the costs of its electric models and will push for higher production rates in the near future, the company said in the Q4 2022 shareholder letter published today.

The statement comes after massive price drops throughout Tesla’s lineup of electric vehicles around the world, a move which sent shockwaves through the automotive industry and prompted some rival executives to criticize the American EV maker’s decision.

Tesla started its shareholder letter by saying that it achieved a record-breaking fourth quarter and full year in terms of revenue, operating income, and net income.

The company went on to say the following, regarding its price cuts strategy:

“As we progress into 2023, we know that there are questions about the near-term impact of an uncertain macroeconomic environment, and in particular, with rising interest rates. The Tesla team is used to challenges, given the culture quired to get the company to where it is today. In the near term we are accelerating our cost reduction roadmap and driving towards higher production rates, while staying focused on executing against the next phase of our roadmap.”

This, understandably, might make some investors worried about the American EV maker’s profitability, since lowering the price of the cars directly impacts revenue. But Tesla assures everybody involved that things will be ok, basically, calling on its past to predict the future:

“Our ASPs (average selling price) have generally been on a downward trajectory for many years. Improving affordability is necessary to become a multi-million vehicle producer. While ASPs halved between 2017 and 2022, our operating margin consistently improved from approximately negative 14% to positive 17% in the same period. This margin expansion was achieved through introduction of lower cost models, buildout of localized, more-efficient factories, vehicle cost reduction and operating leverage,” added the company in its shareholder letter.

In other words, even though the selling price of its models went down throughout the years, the company’s profit margin increased considerably, going from minus to almost 20 percent in five years.

As for the outlook, Tesla plans to grow production as quickly as possible, with an estimated 1.8 million vehicles planned for 2023, and says it has sufficient liquidity to fund its product roadmap, long-term capacity expansion and other expenses.