I live in Denver, Colorado, and that means that all the local car graveyards are full of used-up Subarus. These days, the easiest-to-find Pleiades-badged machines in Front Range junkyards tend to be members of the Legacy family from the early 2000s (which works out well for my personal parts shopping, since my everyday beater these days is a battered 2004 Legacy Outback wagon with a five-speed manual and the not-very-sought-after Rocky Mountain Edition option package). That doesn’t mean that other Subarus are tough to find here; ancient Malaise Era Leones and Saabarus and Tribecas and all the rest appear in large numbers, and even the occasional member of the storied WRX family shows up among the Loyales and Justys. Thing is, a gen-yoo-wine WRX is worth enough in fix-uppable condition that I just see wrecked ones, and nearly all of those are unrecognizably wrecked examples. Here’s a 2010 Impreza WRX that can still be identified as such, spotted in a yard just south of Denver recently. 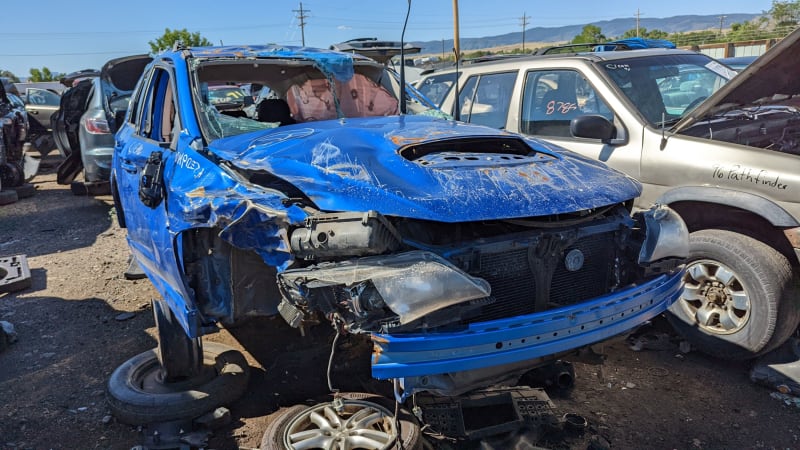 As you’d imagine, the Mitsubishi Lancer Evolution is much-prized in Colorado as well, and I also find a few of those among the Esteems and Jettas in the IMPORTS sections of the self-service yards along the I-25 corridor. Unlike most of the Evos and WRXs I see in places like this, though, here’s one that got through the crash and rollover while still looking something like its former self. 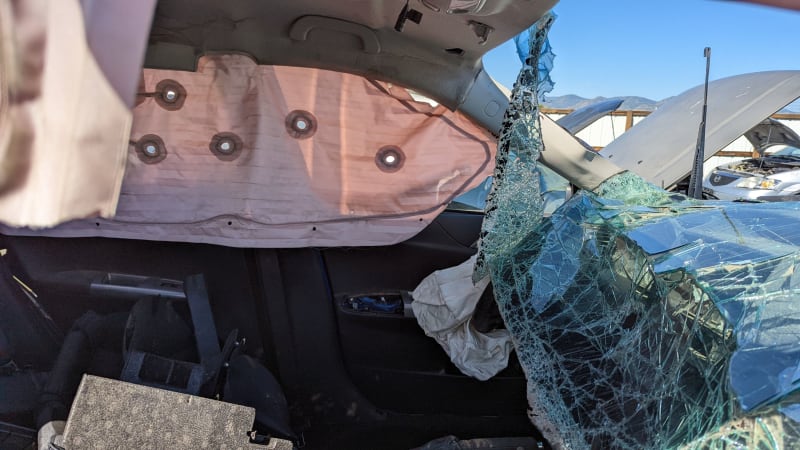 All the glass got broken out and all the airbags fired, of course, but it looks like a simple case of hitting a glancing blow to a guardrail after entering an offramp at triple the recommended speed, followed by a skid into some landscaping and a rollover in soft dirt. Most crashed WRXs I find in Colorado junkyards got there because they crashed into something made of steel or concrete at a not-so-oblique angle, then got crunched by several vehicles collected by the chaos of the initial wreck. 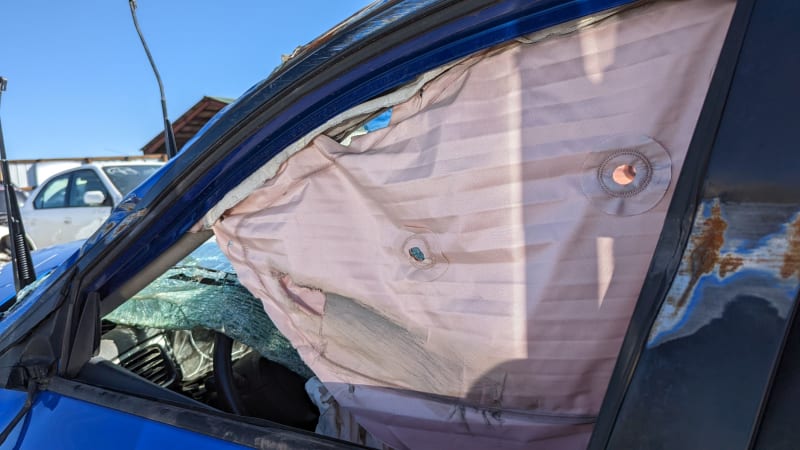 If the occupant or occupants of this car were fully belted, they almost certainly walked away from the crash with nothing worse than some minor bruises and maybe some abrasions from safety-glass cubes… plus a deep sadness about this destroyed Subaru. 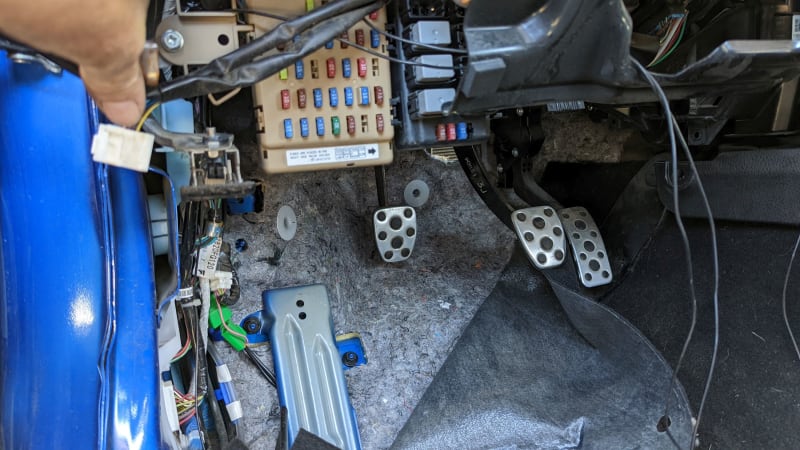 The STI version of this car had a six-speed manual transmission, but the regular WRX got a five-on-the-floor manual. If you wanted an automatic, too bad! 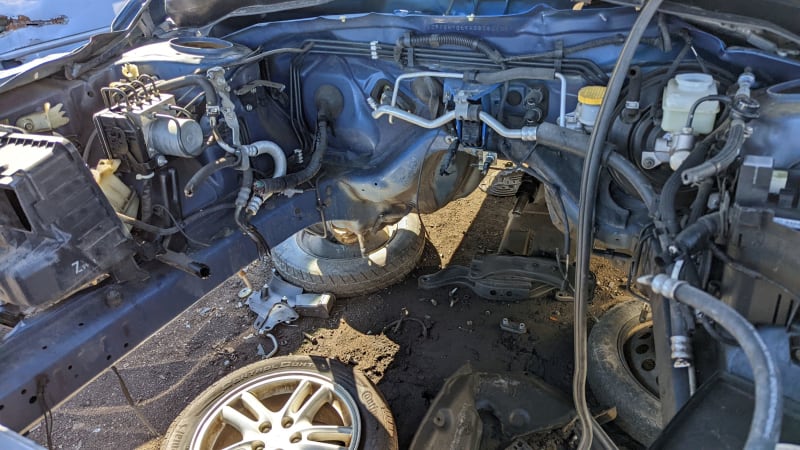 That transmission, along with the engine and all related hardware, got grabbed long ago. If the WRX powertrain even made it to this yard’s regular inventory, the very first customer who recognized it scored a great deal on some valuable components (all engines with complete accessories: $184.99, plus $89.99 for the transaxle). 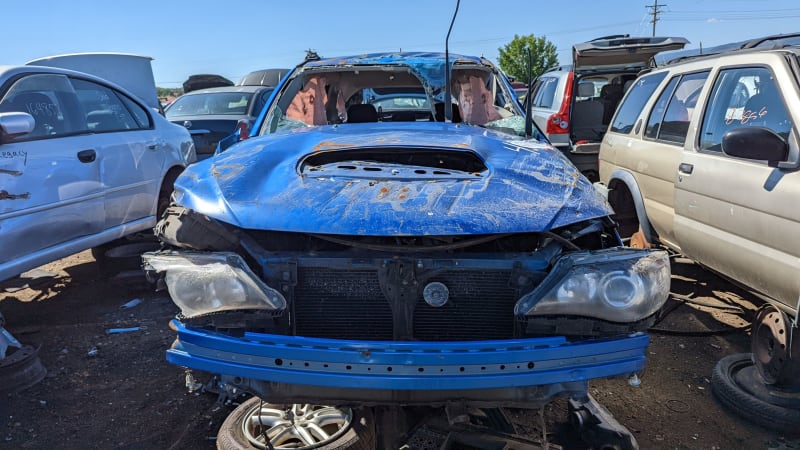 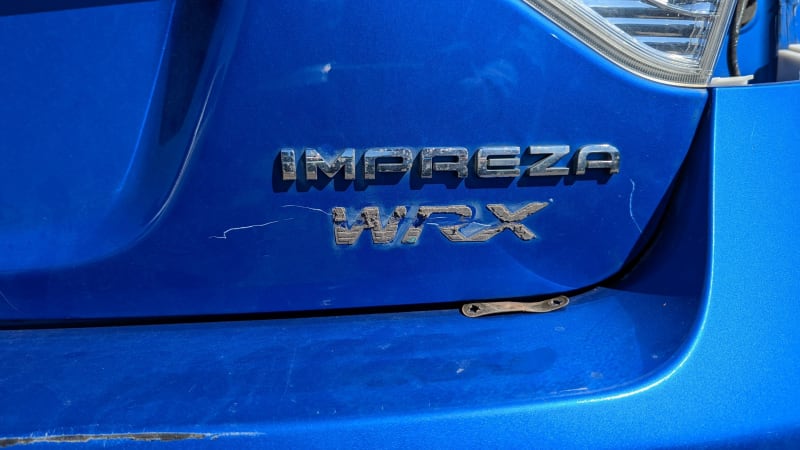 The WRX became a distinct model for 2015, losing the Impreza name while remaining on the Impreza chassis (which itself evolved from the original late-1980s Legacy design). These days, the WRX and every other current US-market Subaru model (with the exception of the BRZ) live on the modular Subaru Global Platform. In Japan, car shoppers can buy a Daihatsu Thor aka Toyota Tank with Subaru Justy badges, but it seems unlikely that we’ll ever get that fine machine on our shores.

The Japanese car the Germans wish they had made (so they could crank the music of an Austrian while driving it around a track, apparently).

This JDM ad is for the STI sedan, but still relevant here.

The very first WRX got Kyle McLachlan as its pitchman in Japan.

2024 Honda Civic Hybrid due as sedan and hatchback, but no PHEV