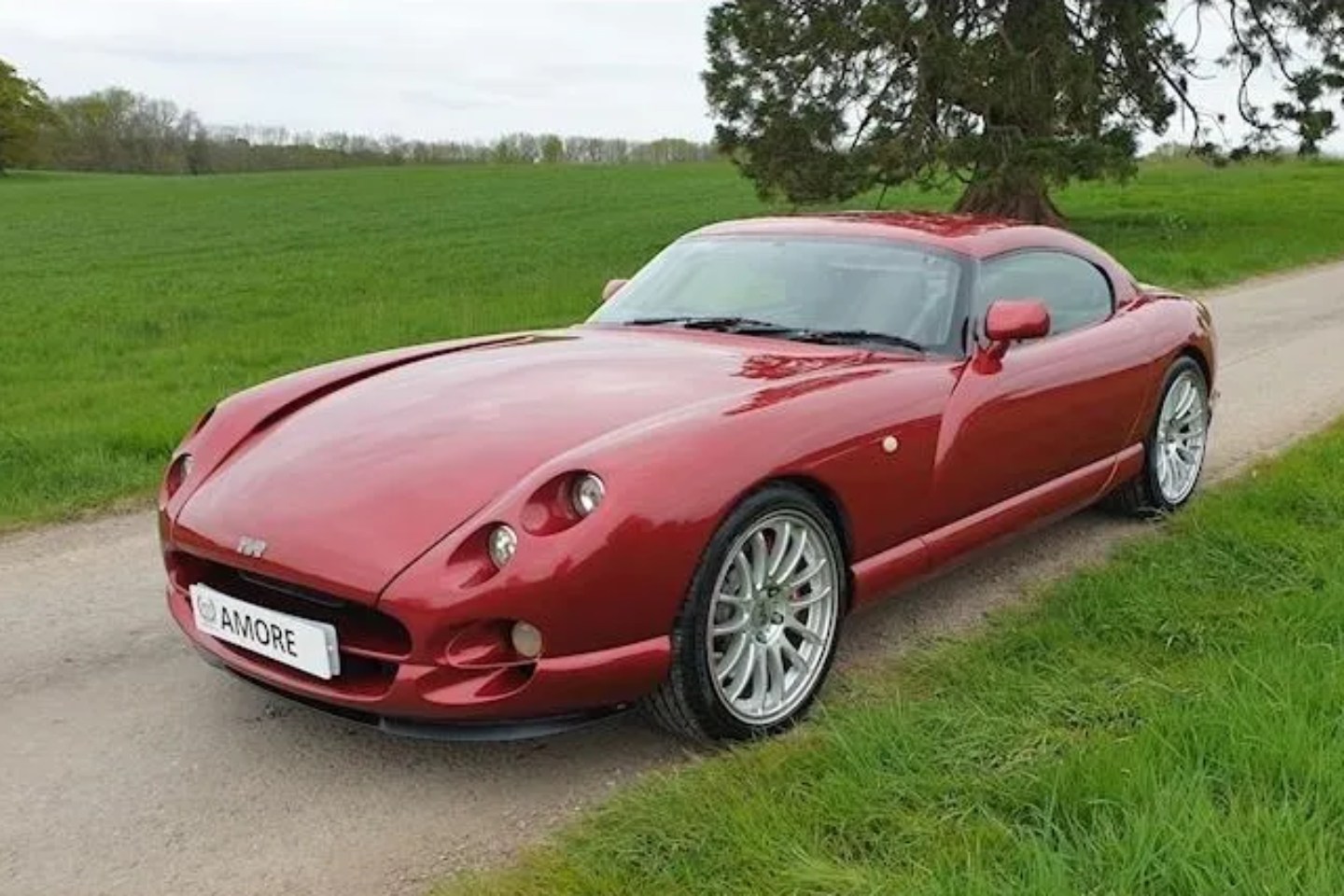 This list would be endless if we included every V8 ever produced, so we’ve tried sticking to engines from the last 25 years or so. Problem was, we wanted a British entrant, which wasn’t as easy as it might seem. The Crewe-built L-Series is smooth but not so sonorous, Rover’s V8 a bit obvious, Triumph’s V8 is too old, and Jaguar’s AJV8 not quite special enough (sorry JLR fans). But then the TVR AJP8 came to mind. Now, this list isn’t about the most reliable V8s, remember, so the fact they’re made by TVR doesn’t come into it, and by all accounts a well-serviced AJP8 isn’t as bad as you might think. It doesn’t have the lazy torque of the Rover lump; instead, this flat-plane crank V8 is raw and immediate, with a ferocious appetite for revs. Once you get it past 4,000rpm you’re in heaven, because that’s when it’s howling its heads off – not literally, hopefully, and as this early Cerbera had a bottom-end rebuild 10,000 miles ago that should be in good shape, too. 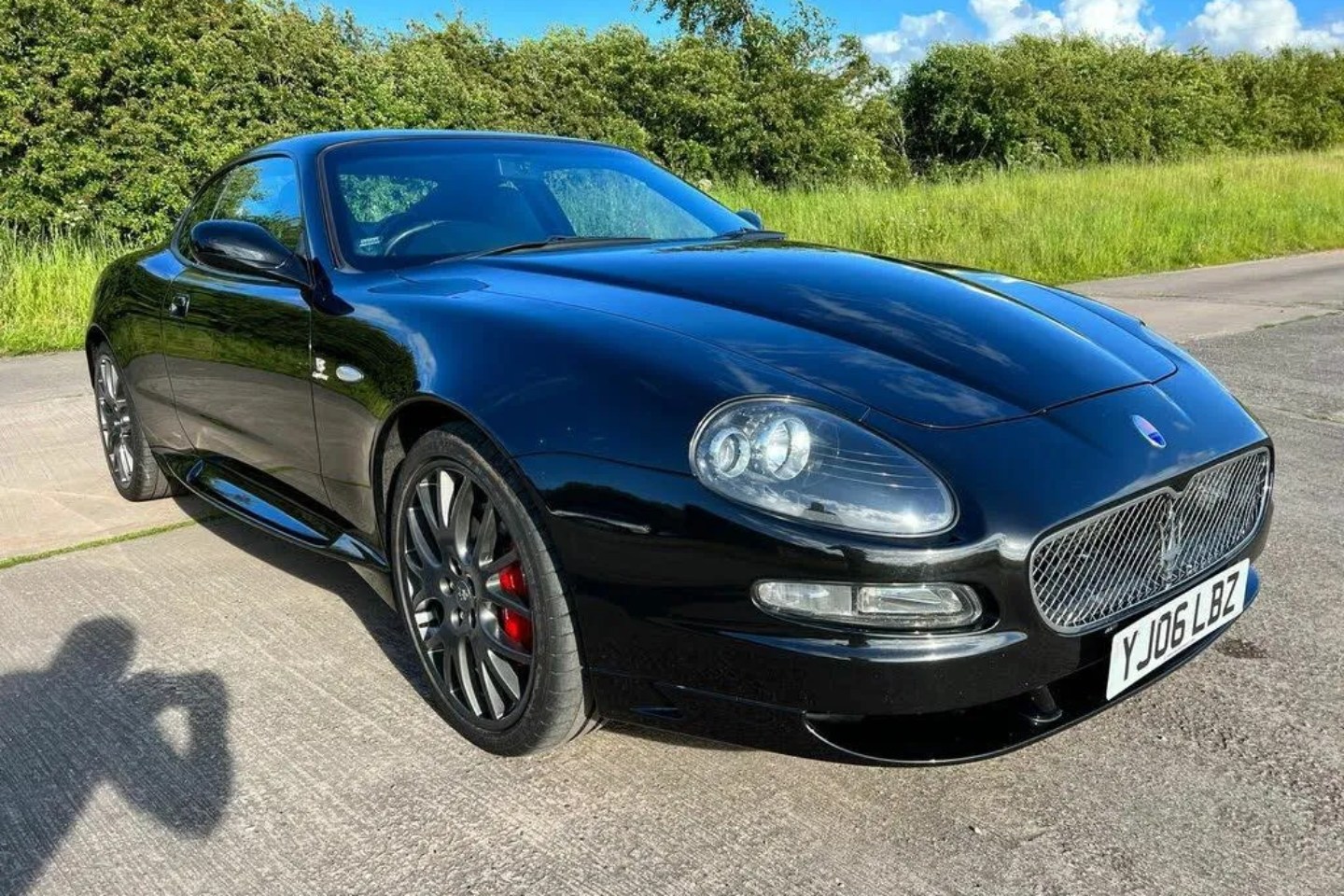 This engine was a no-brainer. Maserati’s Tipo F136 R V8 is an absolute gem of a thing, whatever it’s in. We could’ve picked a Quattroporte, 4200 Coupe or Gran Turismo, but somehow this great-value Gransport seemed like the best installation. I know this thread is more about the engines rather than the cars they were in, but an F136 in a light-ish body just feels right. And you get a proper symphony as you explore different reaches of the rev range. It starts with the fruity, low-end warble, then builds through various stages – all equally delightful – to a high-revving, highly tuned crescendo at the top end. It’s so lovely that you don’t need a sports exhaust fitted to enjoy it, but that’s not to say you shouldn’t add one. Something like a Tubi system will release even more wonder – just go on YouTube and search Maserati 4200 Tubi if you don’t believe me, and look out for a Swiss-registered car hooning off from a standing start. Talk about sublime. 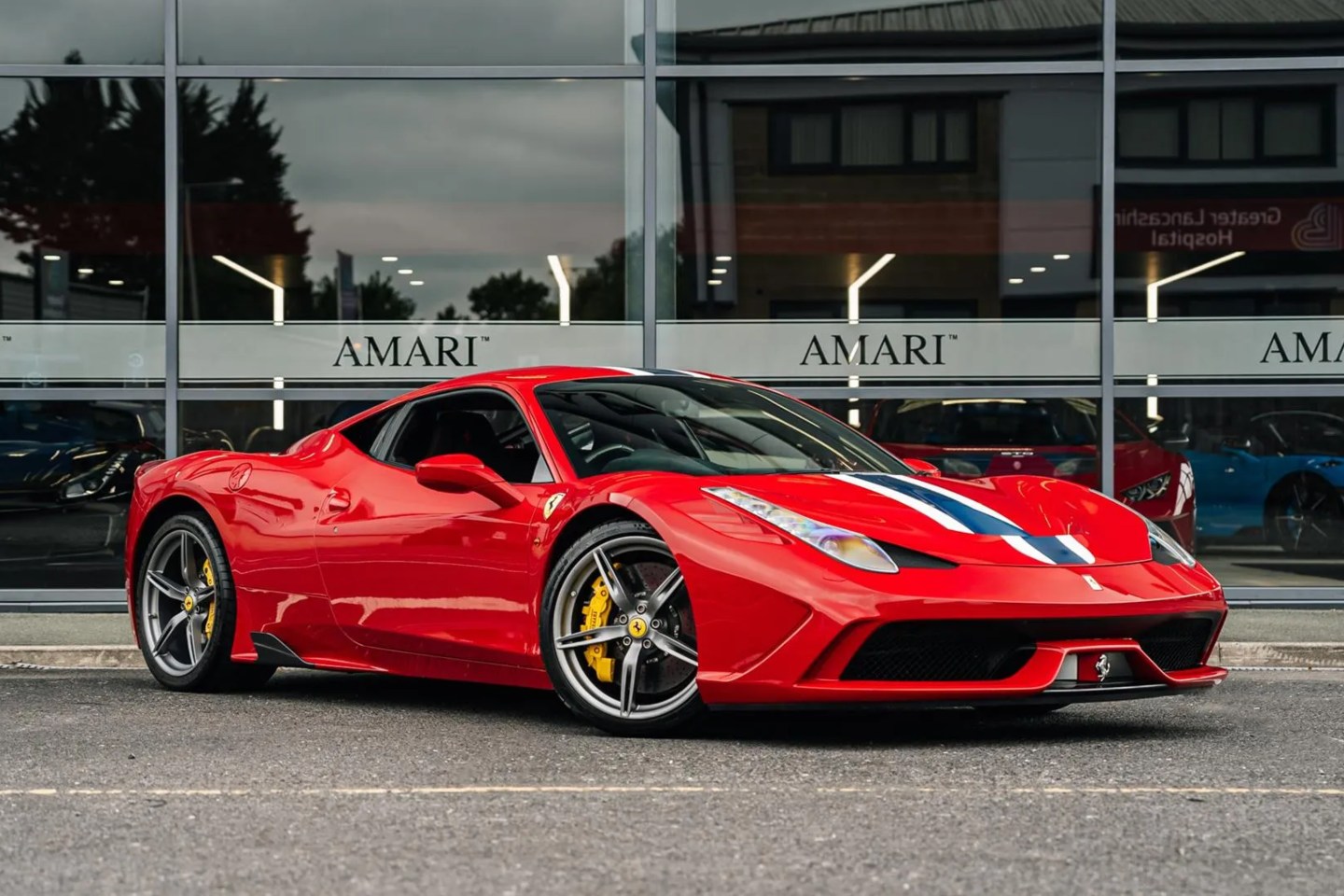 No, it’s not the same engine as the Maser’s. Well, not entirely. For a start, it’s the Tipo F136 F, not R, and here it’s 4.5-litres. Most significantly, though, it swaps the cross-plane crank for the flat-plane variety. That changes the engine’s character completely to something rather harder-edged and higher revving. Contrary to popular belief, this engine was originally Maserati’s, arriving first in the 4200 in 2001. It was then developed by Ferrari when it ran out of road to increase the capacity of its F131. Its crowning glory was in the 458 Speciale, and this one that’s showing 10,000 miles is the perfect spec. The Speciale raised the rev limit to 9,000rpm, which delivered 135hp per litre – an astonishing amount for a naturally aspirated V8. At the time, I believe that was the most hp per litre of any series production car, and it still outdoes the latest 992 GT3 RS. In total, that gave it 605hp, but this is about noise not power. Be in no doubt about that, though: this motor delivers high-rpm thrills to send chills down the spine. 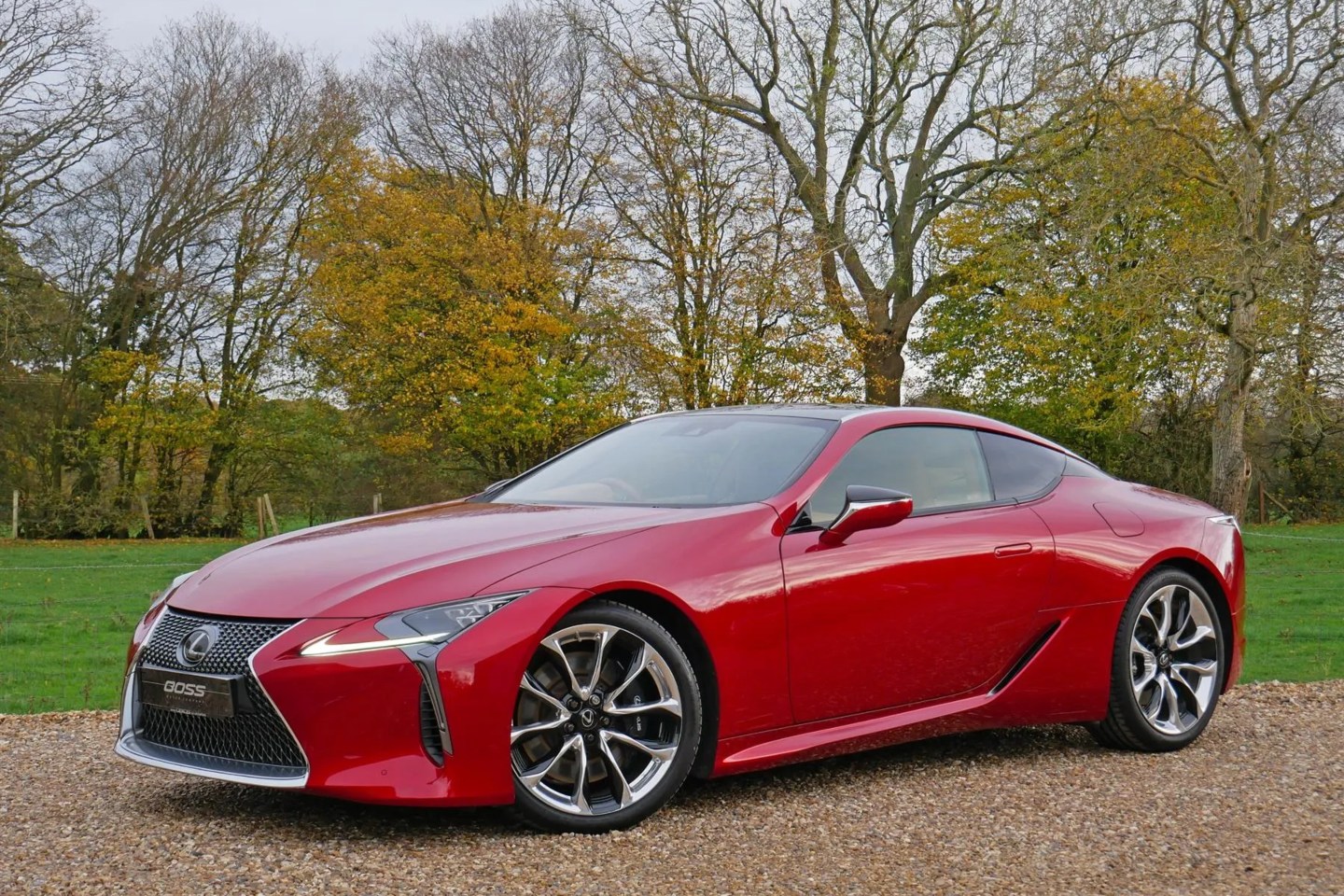 If this were a list of the best engines ever, then the LFA’s engine V10 would surely have to be on it. But we thought the current Lexus V8 deserved a place on its own merits. In part, because it’s nice to share the love around different nations, but also because it’s a darn fine motor in its own right and sounds great. It’s naturally aspirated, all aluminium, and boasts direct injection, Dual VVT-i and 32-valves. Nothing amazing there, and when it first appeared in the LS in 2007 it was just another smooth and quiet V8 – perfectly apt for a limo. That all changed when Lexus handed it over to Yamaha, who turned out the 2UR-GSE. This had new high-flow heads with high-lift cams, titanium exhaust valves and a variable length inlet tract. It meant a 5.0-litre V8 with much more freneticism at the top end and a soundtrack to match. It sounds at its very best in competition spec, in the Toyota GR DKR Hilux – when I was in Saudi for the Dakar last year that was without doubt the best-sounding engine in the race – but I can assure you even in road trim it’s still something to behold. And in something like this low-mileage LC500 you get the looks to match the noise. 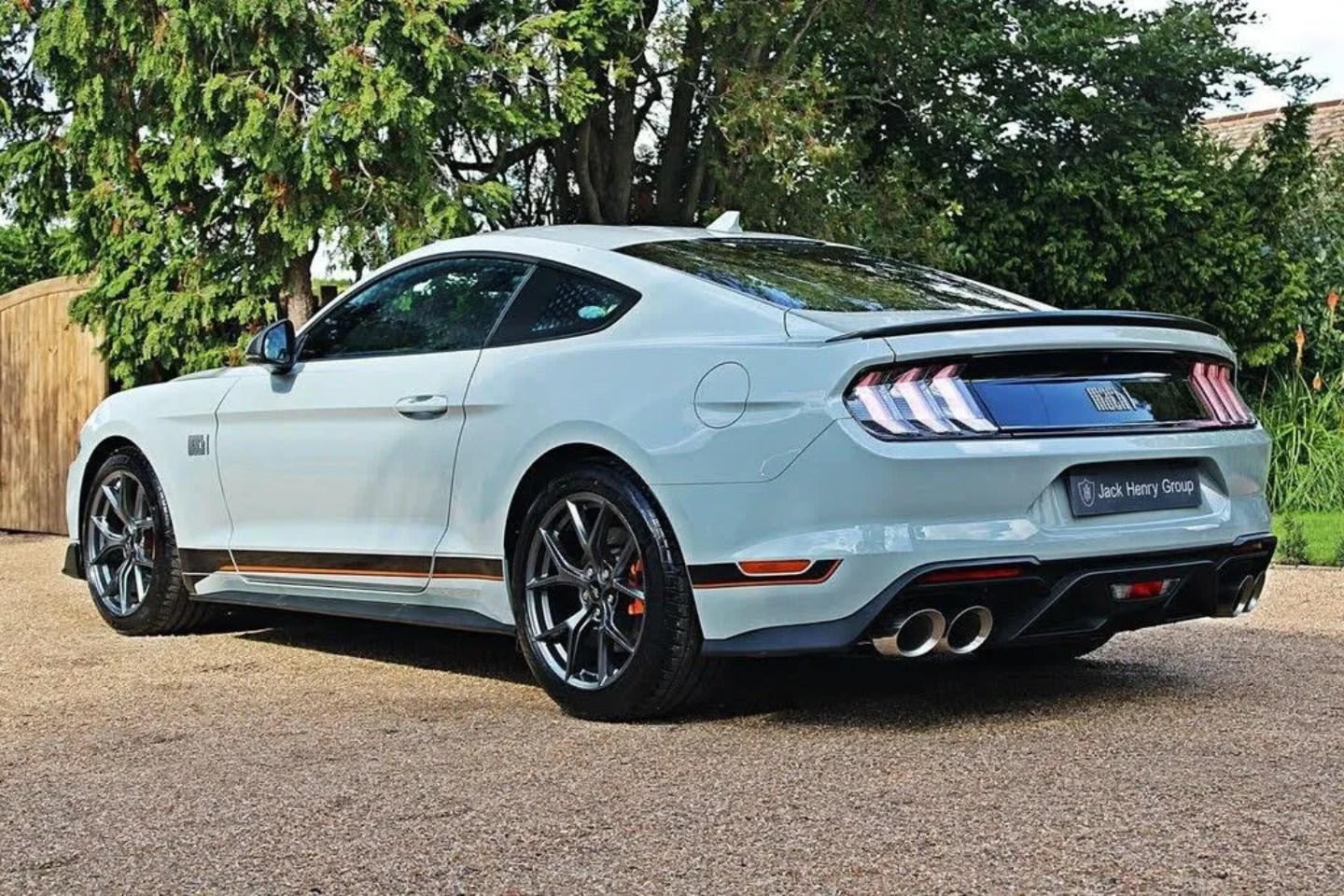 Shelby America just announced a limited-edition supercharged Mustang with 750hp, but you don’t have to go to that extreme to get your hands on a great, and more importantly great-sounding, motor. Even in the Mustang GT, the 5.0-litre Coyote makes all the right noises, but we thought we’d go for this just-run-in Mach 1 for the extra twist of its snortier induction system and brace of 4.5-inch pipes sticking out the back. It adds a bit more depth of character to what’s already a very characterful lump. And the character is quite Jekyll-and-Hyde, awash with low-down torque that you ride listening to its lazy, old-school Yankee burblings, but when you go in search of the 7,500rpm limiter that all changes. About halfway round the tachometer the noise flicks from muscle car to NASCAR and takes on rather more serious edge. By that stage, it’s what you might describe as a bit rude, but in a good way. 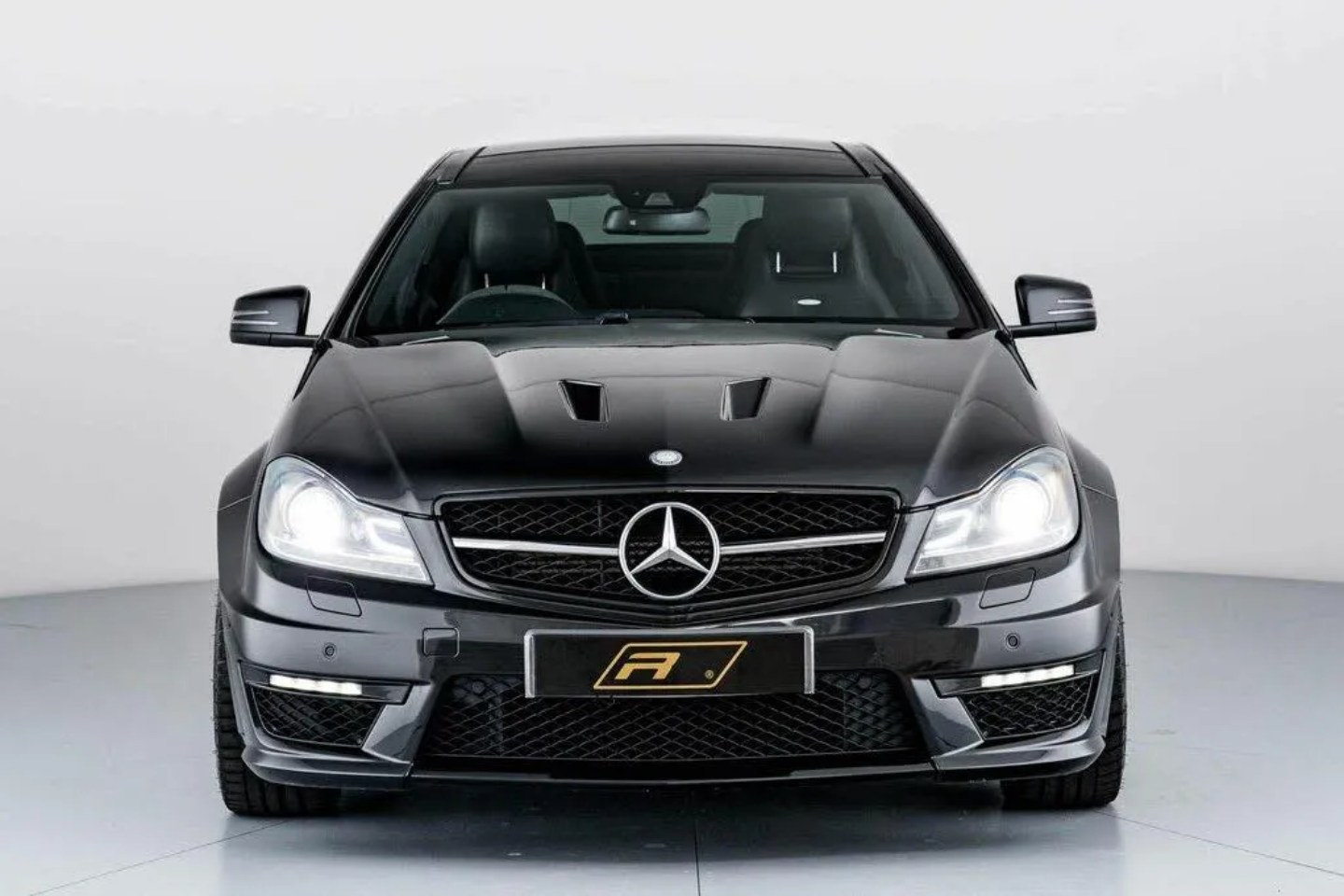 With four countries ticked off, it’s time to end in Germany. Affalterbach to be precise, and the home of AMG. After all, we couldn’t miss out on an AMG V8. The M156 was its first in-house motor and a bit special. At 6.2-litres it’s by far the biggest capacity of anything here, and that means it has the heartiest lungs. The rolling thunder it generates could easily be mistaken for something aeronautical rather than automotive. If you hear one go by it’s truly distinctive and penetrating, with a deep, bassy bellow punctuated by crisp rasps with every gear change. And you’ll still be hearing it once it’s gone by, for quite some time. This C63 Edition 507 comes with an extra 50hp added into the mix. That was courtesy of the revised ECU, new conrods, lightweight crankshaft and forged pistons, all picked from the SLS AMG. Think of the 507, then, as God gargling with thunder and spitting lightning.