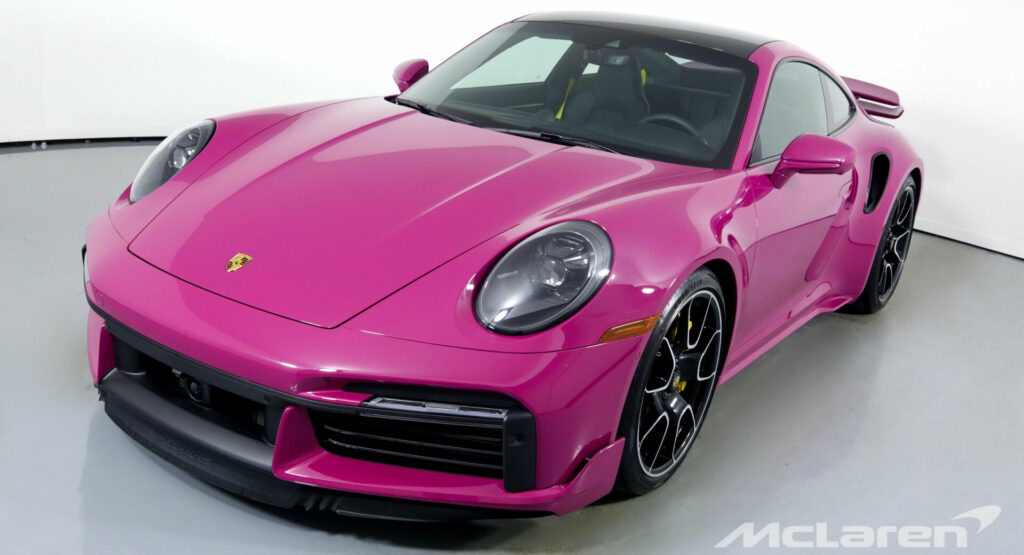 U.S. pricing for the 2023 Porsche 911 Turbo S starts at $216,100. That’s a lot of coin but it sounds like a relative bargain compared to the asking price of this particularly eye-catching 911 Turbo S available through McLaren Charlotte, listed for $319,996.

This 911 Turbo S is a 2022 model and immediately stands out thanks to the Rubystone Red paint scheme (also referred to as Ruby Star) ordered through the carmaker’s Paint to Sample program at a cost of $12,830. Rubystone Red made its debut on the original Porsche 964 and is one of the more overt options from Paint to Sample. It’s not to everyone’s taste, however.

Plenty of other options have been added to this 911 Turbo S that contribute to its sky-high asking price. For example, it has a front axle lift system, the power steering plus system, PASM sport suspension, 20-inch front and 21-inch rear wheels, and window trim painted in high gloss black. Boosting the price even further is a carbon fiber roof, sport exhaust system, and the $6,150 Sport Design Package.

The original owner of the car also made sure to tick plenty of options for the cabin, such as leather seat trim, a Burmester surround sound system, ventilated front seats, heated steering wheel, and extended leather dashboard and door panel package. There is also a Racing Yellow tachometer, Racing Yellow seat belts, fire extinguisher, and ambient lighting.

The dealer listing reveals that the sports car has only been driven 99 miles (159 km) since new.