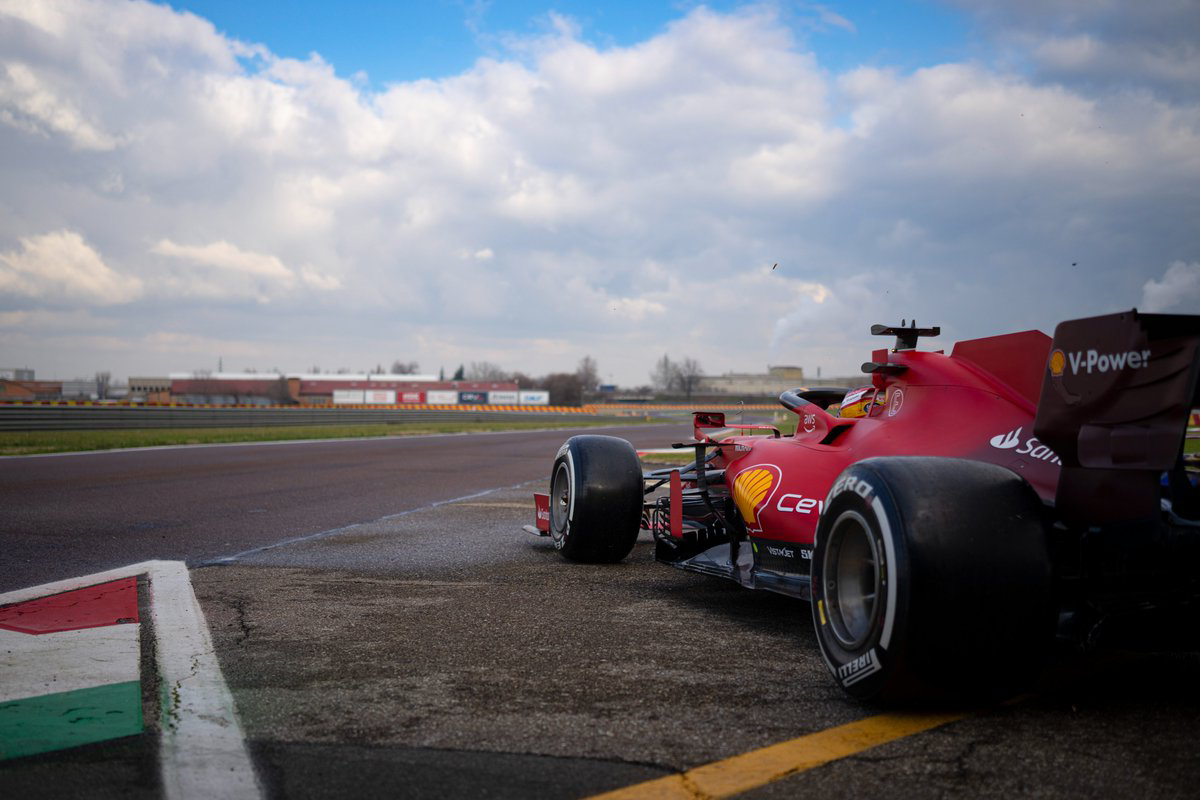 Ferrari and Scuderia AlphaTauri have ramped up their pre-season F1 preparations with a private test for Carlos Sainz, Nyck de Vries, and Yuki Tsunoda respectively.

Both were at the wheel of previous model cars for their outings, Sainz driving an SF21, the model used during the 2021 Formula 1 season.

It’s become standard practice for Ferrari to run at least one of its main drivers ahead of pre-season testing, usually a Fiorano.

That was again the venue this time around, with the Spaniard taking the wheel a day after Antonio Giovinazzi and Robert Shwartzman had been in action.

Sainz logged a total of 119 laps over the course of the day on Wednesday, with 26 of those in damp conditions before lunch.

While he briefly switched to slick tyres in the middle of the day, rain meant he was quickly back on the grooved tyres for the balance of the day.

Charles Leclerc is set to climb aboard the car for a similar ‘wake up’ test tomorrow.

Meanwhile, Scuderia AlphaTauri has been in action in Imola with both regular drivers getting laps in the Italian squad’s 2021 car.

The outing is a good opportunity for newcomer de Vries to work alongside the team ahead of his maiden season in Formula 1.

He took part in the post-season Abu Dhabi test following the conclusion of the 2022 season in what was his first appearance for the squad where he logged 152 laps.

De Vries was in action on Wednesday, a day after team-mate Tsunoda had been at the wheel.

getting @nyckdevries prepped ahead of his debut @f1 season 👊 all conditions are welcome! 🌧️ pic.twitter.com/mj4mRwx1HE

Scuderia AlphaTauri is set to launch its car on February 7 in New York, while Ferrari will unveil its on February 14.

Three days of pre-season testing begins in Bahrain on February 23.