Auction Photos: More Tri-Five Chevrolets, C10’s, And More Just Waiting To Be Saved, Up For Auction In Texas 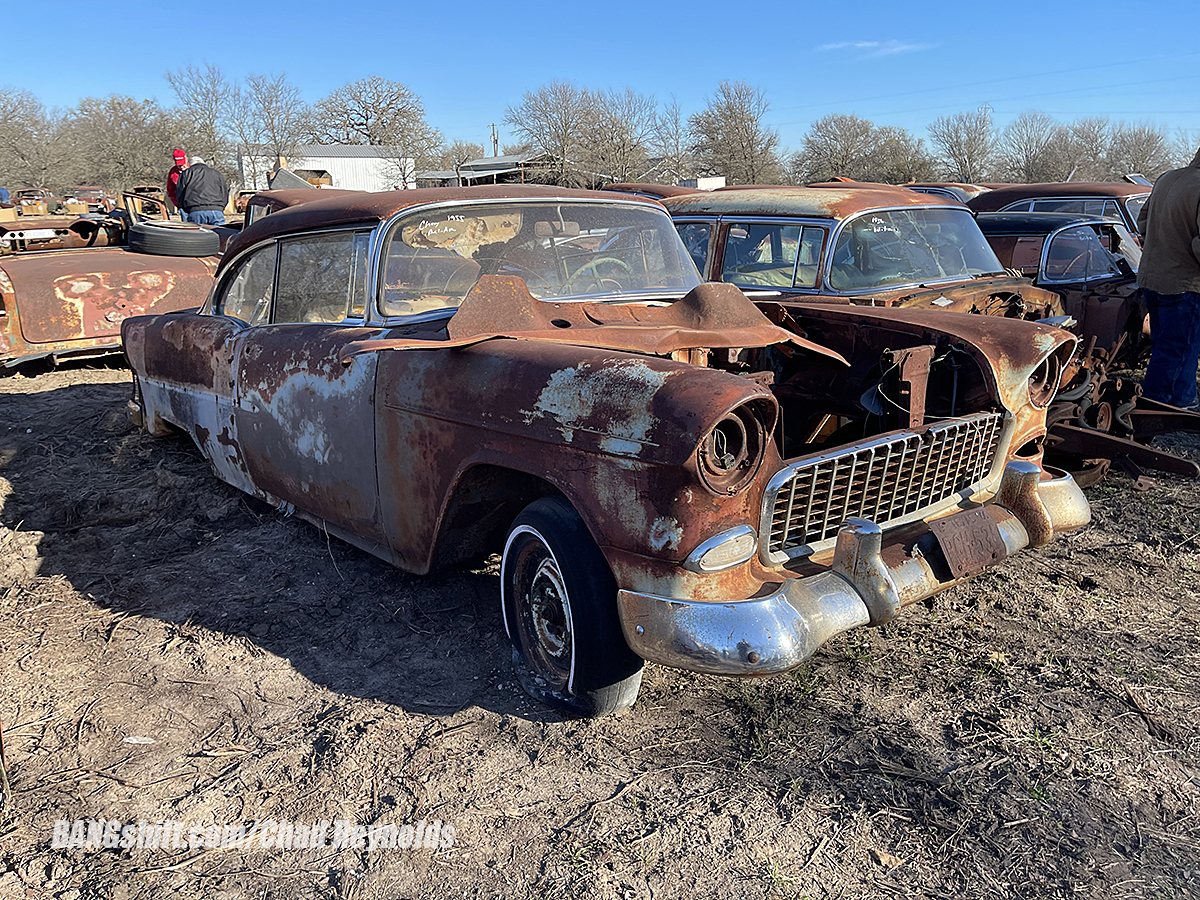 Last weekend we went to the town of West Texas for an auction that was pretty incredible. Located at an iconic spot on I35, just south of town, the site had been the talk of hot rodders and collectors for decades as it has been a restoration and hot rod shop that housed an amazing number of cars, parts, signs, and other memorabilia. When a place is this well known, you can imagine what the buzz was like when it was announced that everyone on the property was up for auction.

With more than 1,500 lots for sale, this three-day auction was going to be full of non-stop auctioning action. The auction’s cars went up for auction on the first day, and we were on site to check it out, get photos, and to maybe buy a thing or two. Our buddy Ryan Wing from Street Car Chronicles was also on-site and we had some fun walking around looking at cars and bidding on a few things.

On days two and three the collection of memorabilia, signs, etc went across the auction block and there were some happy buyers going home with amazing finds. For me, the cars were the draw as I knew that I wasn’t going to be able to afford any of the signs and memorabilia that I thought was cool. Hell, I didn’t know if I could afford any of the cars, but I sure was going to go check it out and see what was there and how much they went for.

In the end, I didn’t come home with any new projects but that was mostly because I was being responsible and not adding to the fleet when I didn’t need to, and have a shop that isn’t going to get finished without more money. So, while I did bid on a couple things, and would have taken them home for the right deal, this just wasn’t the day for me.

There was one 1958 Chevrolet Bel Air that I had my eye on and bid on, but wasn’t willing to spend the money that morning. I maybe should have, because I think I could have gotten it for less than $1,500 but I could also tell the other bidder wanted it bad and running up the price just didn’t feel right for me. There will be another and when I need it I’ll find one.

Check out the photos below, there are lots of great things to see.

CLICK HERE TO SEE ANY OTHER AUCTION PHOTOS YOU MISSED

CLICK HERE TO WATCH  COOL VIDEO FROM THE AUCTION

Opinion: Developing Ferrari’s Signature EV Sound Must Be Tough, But There Are Even Tougher Challenges Ahead for Supercar Brands