Throughout the course of one’s life, you stumble on the use of an item outside of its intended purpose. A wedding ring doubles as a bottle opener. A lighter will also pop the top off frosty suds. And if those fail, try the door latch on your vehicle. The Volkswagen GTI’s ability to carve up a canyon is a known commodity. But doubling as a utility vehicle? That’s outside of its expected use.

Life with the GTI has been uneventful so far, a quarter of the way through the VW’s 40,000-mile test. Its first oil change and inspections were complimentary from Volkswagen. The fall season came and went before we had an opportunity to order up some better-looking wheels and stickier summer tires. That’s a project we’ll revisit in the spring. In the interim, we fitted our GTI S with a set of OE-size Nokian Hakkapeliitta R5s in preparation for the arctic season. At $274 apiece, they’re on the higher end of the winter-tire spectrum, but we quickly learned you get what you pay for. 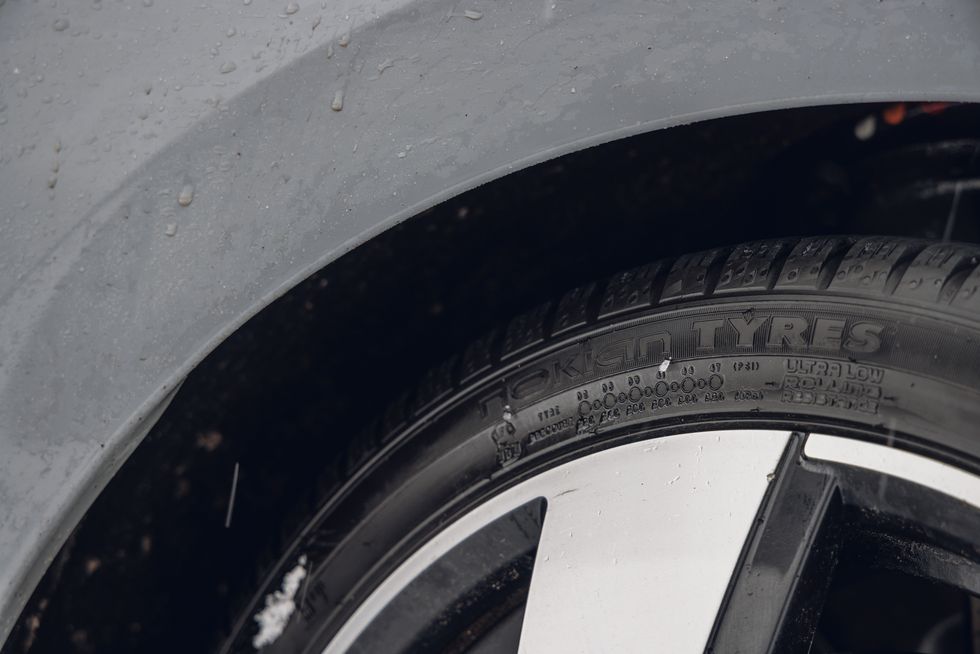 Mid-November is when Michigan’s white-tail deer hunters migrate to their camps. Northbound I-75 becomes a parade of pickup trucks filled with Mossy Oak camouflage towing dilapidated campers that ping-pong along in their lane. With its generous cargo hold packed full of hunting gear and a week’s worth of food and libations (and without a bottle opener), our distinctly not-a-pickup-truck GTI joined the exodus.

Heavy snow fell upon Northern Michigan’s roads for much of the drive—in true deer-camp fashion—and the Nokians performed extremely well. As 4×4 pickups slid through intersections and struggled to obtain forward progress, the little front-wheel-drive GTI pressed on, unphased by deteriorating road conditions, except for one caveat. The outermost LED bulb in the headlight assemblies does not generate sufficient heat to melt away frozen road sludge, which eventually distorts the light. Every so often, we had to hop out and scrape them free of debris. A minor inconvenience, but it’s something.

Sure, side-by-side utility vehicles are the preferred transport between camp and hunting blind, but the GTI surprised neighboring hunters with its quasi-off-road prowess as it navigated the woods, even as the snow stacked up throughout the week. To call it a utility vehicle is a stretch, but it’s quieter than a Polaris Ranger, and it has heated seats and a heated steering wheel—all while costing less than the fanciest of off-roaders.

When the GTI isn’t masquerading as the unlikely camp cruiser, it remains a delight on the interstates, even with the Nokians’ squishy tread blocks diminishing a touch of the hot hatch’s stellar handling. Our highway slogs to Virginia International Raceway to support Lightning Lap and to New York City have boosted our overall fuel economy to an impressive 29 mpg. News editor Caleb Miller found the GTI perfect for urban life during his Big Apple visit over the holidays. Its compact size is just right for navigating congested roads and makes it a breeze to street-park. Uncoiling twisty roads, dashing through the snow, hunting white-tail, and big-city living. What can’t the GTI do? It’s confirmed that it can’t lure in a 30-point buck; we’ve got 27,000 miles to sort out the rest.

To show restraint is a hell of a thing, especially for us. Whether it’s a major horsepower number, over-and-above levels of grip, or the pampering of innumerable creature comforts, there’s always a hunger for more. Not this time. When we spec’d our long-term (and 10Best-winning) 2022 Volkswagen Golf GTI, we flipped the script.

For the next 40,000 miles, we’ll see what life is like with the bottom-rung $30,540 GTI S model. We’re pretty good at reading lips, because we know you just mouthed “Wait, $30K for a base GTI?!” Yes, that’s right. These are the times we live in, when someone pays $3.6 million for a one-off Porsche 911 based on the Cars movie character Sally Carrera.

Going with the entry-level S trim means there will be no panoramic sunroof, ventilated front seats, or seat warmers for rear occupants. That’s a decision we feel at peace with. It also means the 15-position electronically controlled dampers won’t find their way to each corner. And that’s okay, that’s about 12 positions too many anyway. What matters most is the 241-hp turbocharged 2.0-liter inline-four under the hood and the six-speed manual gearbox, the latter even more so because the fundamental hot hatch should focus on the basics.

The biggest omission is the lack of summer tires, which cannot be added as a stand-alone option. The stickier rubber is reserved for the top-dog Autobahn trim, which carries a $39,425 price tag. At the test track, however, observations extracted from cutting up a twisty two-lane were confirmed: This eighth-generation GTI makes a ton of mechanical grip. Around the skidpad, the Pirelli P Zero All Season rubber hangs on with 0.93 g of lateral stick and isn’t terribly far off the 0.98 g we averaged with a GTI Autobahn on summer tires in our last comparison test. In the braking department, stops from 70 mph require 169 feet, and those from 100 mph, 342 feet—19 and 38 feet longer, respectively, than with the grippier rubber. We foresee in our GTI’s future a new set of wheels wrapped in summer rubber to help keep this VW on a tighter leash.

The all-season rubber proved to be more problematic when trying to get the most out of a standing start. There’s plenty of wheelspin to manage, provided the GTI’s stability system doesn’t attempt to micromanage it first. Despite the system indicating it’s been turned off and removed from the equation, it still lingers in the background, overeager to extinguish a tire fire both off the line and during an aggressive one-two upshift. With a hint of clutch slip, our GTI reached 60 mph in 5.8 seconds and elapsed the quarter-mile in 14.3 seconds at 101 mph. That’s just 0.3 second off a dual-clutch-automatic-equipped GTI SE rolling on the same rubber. We’ll gladly give up a few tenths to row our own gears.

Opting for the base Golf GTI means life with the smaller 8.3-inch touchscreen, which is free of built-in navigation. And that’s no big deal, as many of us prefer the guidance apps provided by Android Auto and Apple CarPlay. Fans of SiriusXM will be disappointed to learn of its absence, but again, smartphones for the win. Wired connections to these multimedia interfaces are becoming a thing of the past, but the GTI S still requires a cord. All of these issues could be solved by moving up a trim level into the SE, with its 10.0-inch display, but the smaller screen’s volume and tuning knobs have already won us over versus the fussy haptic controls of the larger screen.

Perhaps the GTI’s supportive seats with Clark plaid inlays and its fantastic driving demeanor will allow us to forgive the shortcomings of its interior materials. But those cheap-looking plastic trim pieces stare back at us every single day. We’ve got another 35,000 miles to decide whether we can live with that scowl.