Honda engine-swapped classic Minis are quite common among owners. Reason being is that there are many inexpensive Honda engines that are small enough to easily fit in the engine bay of a classic Mini, while still providing big enough power to make the iconic British hatchback a monster. In this new video from Hoonigan, we get to see a classic Mini with a 1.6-liter Honda VTEC engine stuffer under its hood.

It’s unclear what sort of Mini engine was originally powering the car in this video, however, all Minis had small-displacement four-cylinder engines. At the most, the Mini Cooper S would push out 100 horsepower but it doesn’t seem that was the case here. Instead, it probably made quite a bit less than 100 horsepower. After getting its Honda engine transplant, though, it made 138 horsepower at the crank (117 horsepower at the wheels). That might sound pretty pathetic, when bone stock Toyota Corollas make more power now, but in a Mini that barely weighs 1,500 lbs, that’s a huge amount of power. 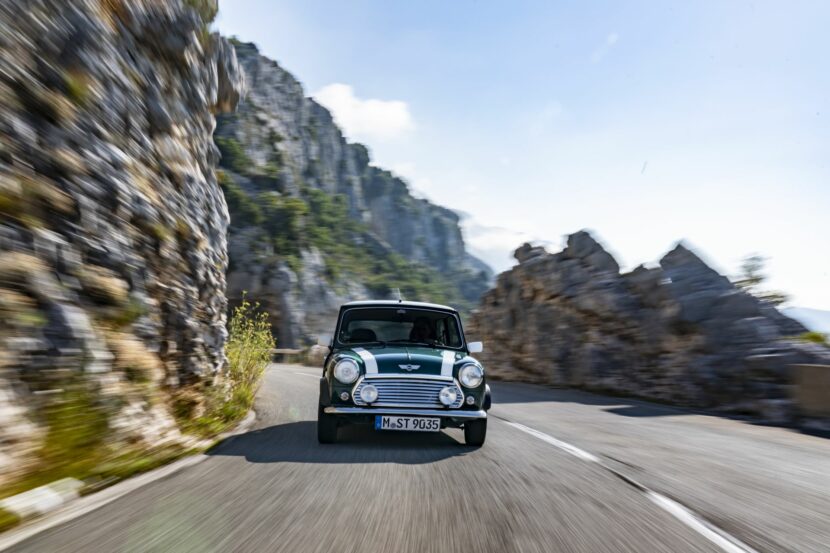 Is there something a big weird about a Mini being powered by a Honda engine? Sure, as it’s a bit too modern and not quite British enough. However, the good far outweighs the awkward. With the 1.6-liter Honda engine, not only does the Mini make more power, it becomes far more reliable. British engines from the ’50s and ’60s were never known for their rugged durability,

However, this video also got me thinking. What other sort of engines would you like to see swapped into the hood of a classic Mini? There are some modern ones I’d really like to see, such as the 1.5-liter turbocharged three-cylinder BMW engine that powers some current MINIs, or even the 300 horsepower Toyota GR Corolla turbo three-cylinder engine. But you want natural aspiration in a classic Mini, so as to not overwhelm the front tires in the very light car. Perhaps the 2.0-liter boxer engine from the Subaru BRZ? Whatever the engine, there are so many great ways to add more power to a classic Mini.