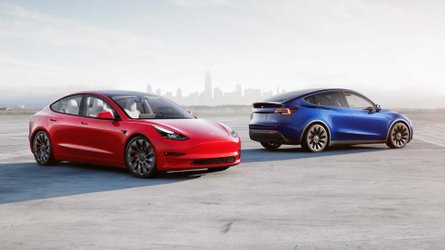 If you’ve been watching and reading the news, you’re probably well aware by now that Tesla CEO Elon Musk is getting the attention of many folks across the globe, and some aren’t too happy about his Twitter acquisition and recent “antics.” Moreover, Tesla’s stock price plummeted in 2022, and the automaker was unable to meet its delivery guidance. However, it’s ranked 9th among the World’s Top 25 Most Valuable Brands.

Companies across the globe struggled last year, and honestly, they’ve been struggling since not long after the COVID-19 pandemic became a reality. Perhaps their CEOs haven’t drawn as much political attention as Elon Musk and they haven’t taken such a notable market share hit, but they’re certainly still digging out of a hole caused by a number of factors, including various shutdowns, a chip shortage, general supply chain constraints, a lack of workers, and more.

With all of that said, even though the media reminds of constantly of Tesla and Musk’s struggles, the electric automaker rose 19 spots on Brand Finance’s 2023 World’s Most Valuable Brands rankings. Tesla didn’t even make the top 25 last year, as the list had the company ranked at number 28. Over the past three years, Tesla saw a whopping 433% increase in brand value, which goes against media reports claiming that the CEO’s Twitter behavior is destroying Tesla’s reputation and value.

While other brands are making plans to more successfully compete with Tesla and eventually overtake the US EV maker as the global leader in the segment, Brand Finance still views Tesla “as significantly more innovative and sustainable” than its peers, which it says “outweighs the latest headlines about Tesla’s mercurial CEO.”

“In the automotive sector, the American brand Tesla (brand value up 44% to US$66.2 billion) sold the most electric cars globally in 2022, which contributed to its status as one of the ranking’s fastest growing brands.”

To see Brand Finance’s 2023 World’s Most Valuable Brands rankings report in its entirety, follow the link below:

As always, head down to our popular comment section below and leave us your thoughts. Is Tesla worthy of a top 10 spot?