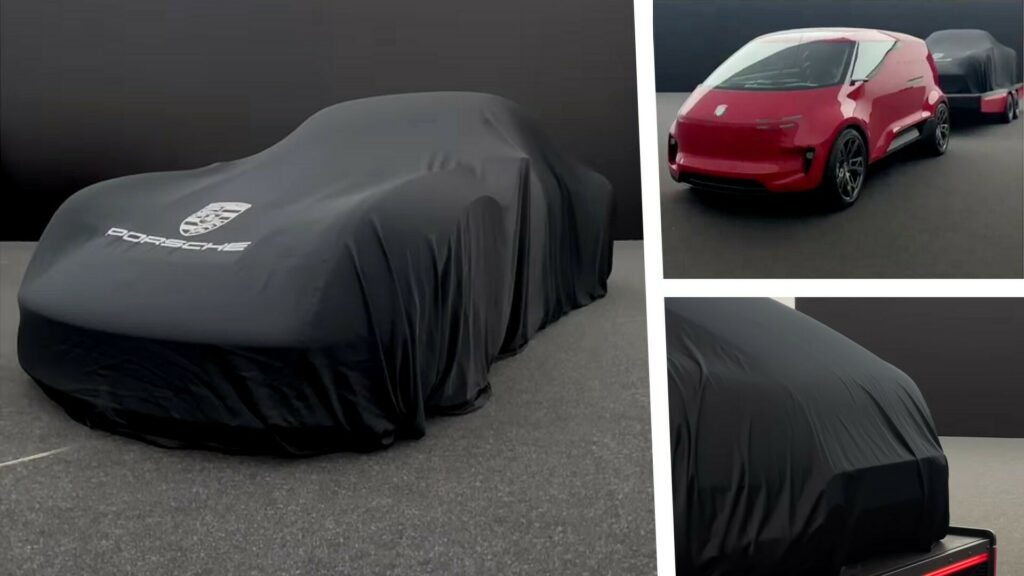 Porsche kicks off its 75th anniversary year with a surprise unveiling at the VW Group Forum in Berlin tonight. The model is a design study, presumably inspired by the original Porsche 356 which was the first model of the automaker produced between 1948 and 1965.

The concept was teased on the official Porsche Newsroom Instagram account, revealing its silhouette under a black cover. It looks like a two-door coupe with a low nose, pronounced fenders, a 356-inspired roofline, and a racing-style diffuser sticking out the back.

The company didn’t say much about the mysterious concept but the 75th-anniversary theme, its shape, and the fact it was parked next to two early examples of the 356 make us believe it is a modern homage to the first Porsche. It is also not clear if we are talking about an ICE-powered vehicle or an EV, but our best guess would be there is a boxer engine mounted at the back just like in the original.

Interestingly, Porsche used the Vision Renndienst one-off van for towing the new concept, saying that “it finally gets to do what it was intended to do”. This could mean that the design study is one of the Porsche Unseen concepts which remained well-kept secrets behind the closed doors of the design center for several years before the automaker decided to show them to the world.

Porsche says that the concept will be digitally unveiled at 00.01 CET (6:01 PM EST) so we will soon know more about it. In the teaser, the company suggests it will be “the first of our anniversary year surprises” which means that 2023 should be an interesting year for Porsche fans.