It’s tempting to view the Alpina B5 GT as an answer to the BMW M5 CS, but the clue is in the name. The Alpina is badged ‘Grand Touring’ while the M car is designated ‘Club Sport’.

You can therefore guarantee that while the CS has (very successfully) gone off in search of pastures more hardcore compared with the regular BMW M5, this new B5 GT will retain much the same perfectly restrained persona as the existing model.

Fundamentally, so little has changed that the B5 GT will actually replace the B5 Bi-Turbo; there will be no ‘regular’ B5. Perhaps, then, it’s better to think of the GT as what Alpina would have usually named the B5 S – the ‘S’ often being added for the mid-life facelift, along with more power and small chassis tweaks. 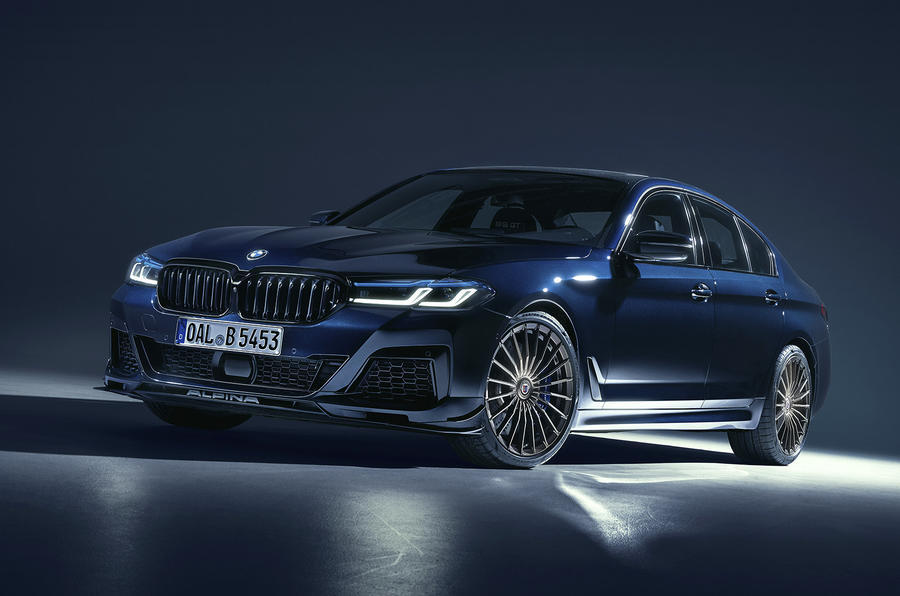 As for the limited run of 250 cars (versus about 1000 for the M5 CS), it’s an infinitesimal amount by the standards of the regular 5 Series Touring but is probably about what Alpina would expect to sell anyway.

For the E60 generation, only 179 examples of the post-facelift B5 S were sold across both the saloon and wagon. For the F10 generation, just 366 cars were sold during the entire production run, including the 50 examples of B5 Bi-Turbo Edition 50.

Not that this should dilute just what a deeply special car the B5 GT should turn out to be. The sumptuous cabin, 626lb ft(!), gently enhanced dynamics and those ‘Marron Volciano’ wheels. Its little B3 brother will edge it on B-roads, but everywhere else the GT will be king.