If there’s one family in India that has a convoy like the Prime Minister of India, it’s the Ambani Family. The Ambanis for the longest have been known for traveling in the swankiest of cars around town. However, it’s not just about what they travel IN, it’s about HOW they travel. Ambani’s have one of the biggest convoys in the country and the cars that their security personnel drive is also something that most of the common citizens can’t buy. Recently, the family was blessed with twins and after their arrival from the USA, the entire family welcomed them at the airport and went to their home in Worli. During this, the entire convoy of the Ambani family was seen driving on the Mumbai roads.

Recently a video was shared by ssim700 on their YouTube channel and in the video, more than 50 cars were seen driving through the city of Mumbai. The video begins with a view of parked cars outside Gulita which is Isha Ambani’s home in Worli Mumbai that was gifted to her by her parents Mukesh and Nita Ambani. The lineup of vehicles started with a Toyota Fortuner, a Land Rover Discovery, XUV500 and Ford Endeavors. Following this there were the vehicles of the family members including a W221 Mercedes-Benz S600 Guard  an S600 Maybach and a Porsche Cayenne. 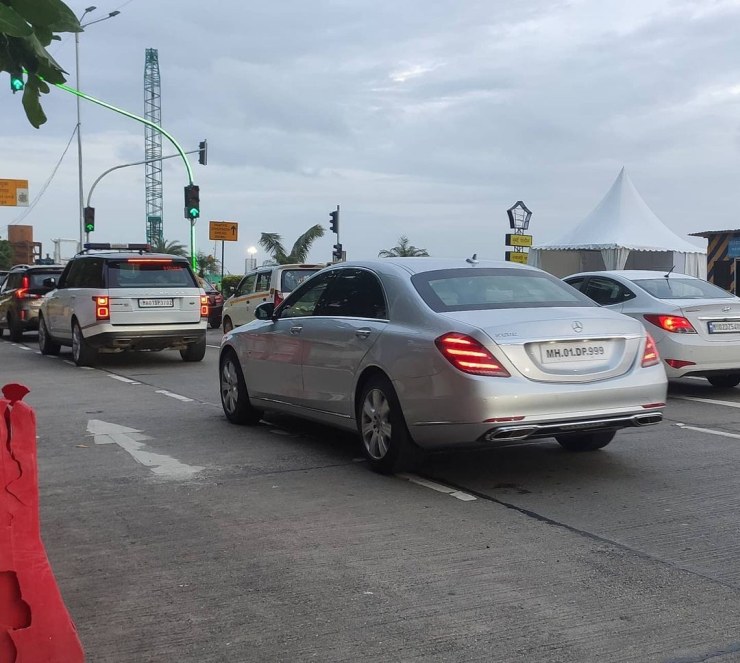 Moving on there were numerous security vehicles including MG Glosters, Merecedes Benz V Class vans, Range Rover Vogues, XUV500s and Scorpios. At the end of the convoy there were four White Mercedes G-Wagons as well. Following this part the convoy was then seen leaving Isha Ambani’s house and in that between the security vehicles Mukesh Amabani personal S600 Guard in silver. The sedan was bought by Ambani earlier this year and he has been spotted with the car on the road several times. The car is worth Rs 12 crore and comes with VR10-level protection. 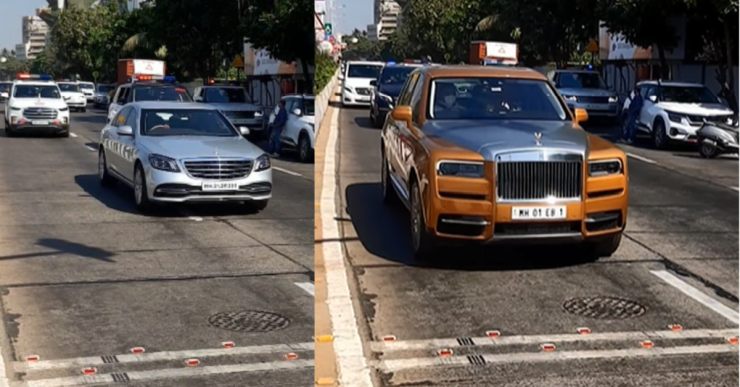 After the S600, the second family car in the convoy was the Rolls Royce Cullinan in Tuscan Sun colour with silver finish on the bonnet. This is also a special car as the paint job alone in this SUV costs around Rs 1 crore. The fully armoured BMW 7-Series which one of oldest armoured vehicle in Ambani’s garage was then seen after the Cullinan. This armoured was at the time the first ever vehicle to completely adhere to VR7 ballistic protection standards. Inside the door panels of the armoured vehicle are kevlar plates, and the 65mm-thick, 150 kg-per-window bulletproof glass.

Moving on the other family cars in the convoy were the W221 Mercedes-Benz S600 Guard, W222 Maybach S600, W223 S Class and the Porshe Cayenne followed by the fleet of Mercedes G-Wagons. Following this all the cars were seen driving through the city to finally reach the Ambani family’s house Antilla. The cars of the family members seen in the video are just a few from the massive collection of the family. Other notable cars on their list includes Rolls Royce Phantoms, Ghosts, other Cullinans, Bentley Bentaygas, Flying Spurs, Ferraris, Lamborghini’s and Tesla to name few.