The Lamborghini Urus just got a new performance variant in the Performante, but now the standard Urus is going through a mid-cycle upgrade of sorts and being renamed the Urus S. So, for the time being there won’t be any Urus models beyond the S and Performante.

The Urus S is being treated to the same power upgrade and powertrain calibration as the Performante. That means it’ll have the more potent 4.0-liter twin-turbo V8 that produces 657 horsepower and 627 pound-feet of torque — that is 16 ponies more than the base Urus it’s replacing. The 0-62 mph time lags behind that of the Performante’s by a couple tenths at 3.5 seconds. However, that’s 0.1 second quicker than the old Urus. The S gets a re-tuned exhaust system that Lamborghini says is “more distinct” at startup and has a “sharper note” in each drive mode. And speaking of drive modes, you get seven in the Urus, including four on-road modes and three off-road modes for any possible scenario.

What the Urus S doesn’t get from the Performante is that model’s fixed suspension. Instead, Lamborghini carries over its air suspension from the pre-refresh Urus that allows for a wider breadth of use cases than the singular-minded Performante. 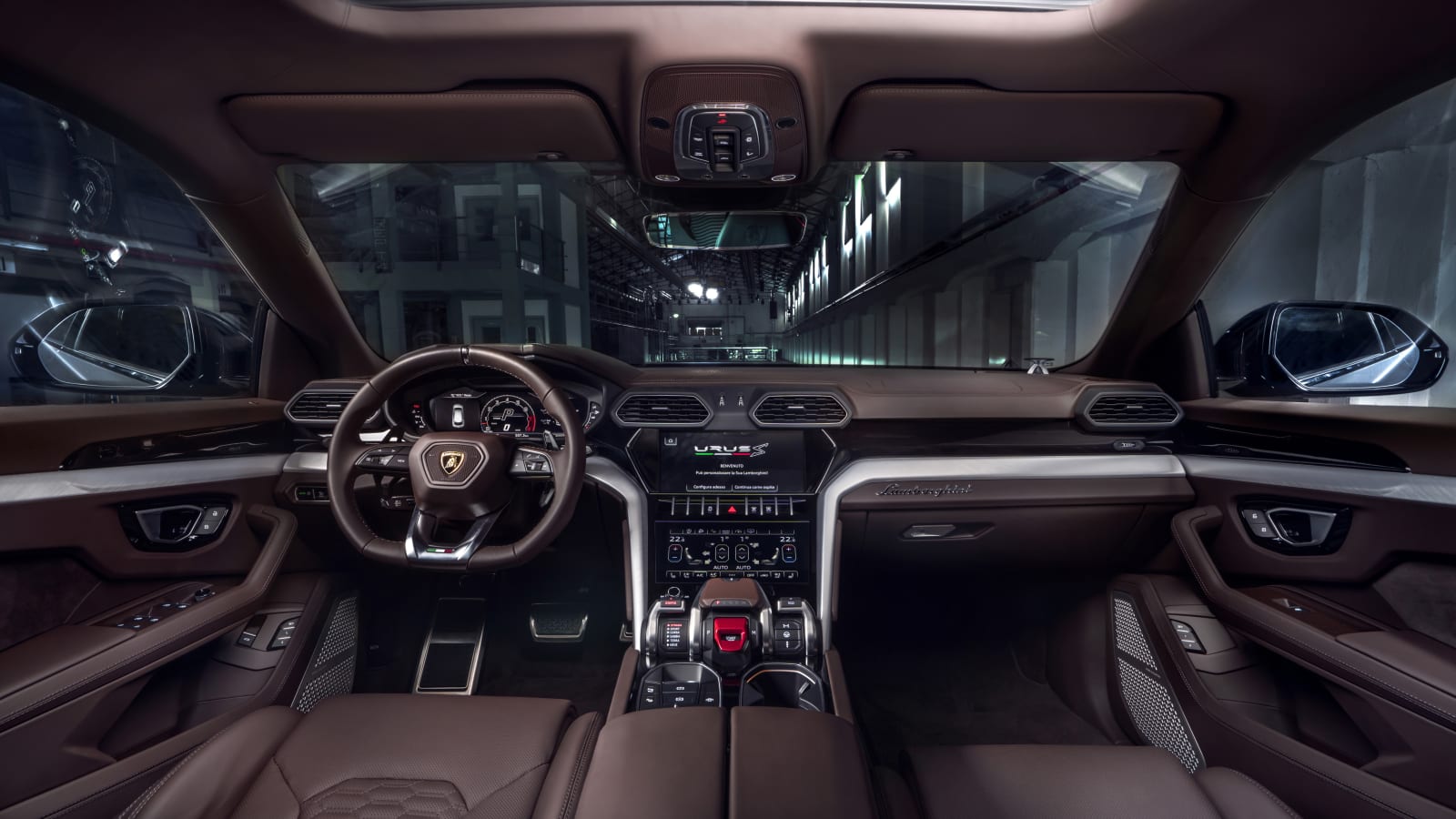 A number of minor design updates give the Urus S a fresh look. It gets a new front bumper and a new matte black-painted stainless steel front skid plate. The hood is now made of carbon fiber and has matte black-painted air vents, and a new optional carbon fiber roof brings even more sportiness to the table. Lamborghini says its new rear bumper design is meant to make the car look more “streamlined and elegant.” Plus, the updated exhaust system features a new twin-pipe exhaust exit design. Additional wheel options are available in 21-inch, 22-inch and 23-inch flavors. More customization options abound, too, as Lamborghini says it’s greatly expanded its options list of colors, trims, wheels, style packages and “special details.” The same can be said for interior customization, as the Urus S offers all new colors and trims.

The Urus S is set to start at €195,538, but U.S. pricing wasn’t provided at reveal time. Expect it to arrive soon and be sold alongside the Performante model here in America.