By the late 1960s, it had became clear to the suits at Detroit’s Big Three that their companies needed to start selling subcompacts at home or risk losing large hunks of market share to the likes of Volkswagen and Toyota. Ford and GM developed the Pinto and Vega, but the much smaller Chrysler Corporation couldn’t afford such an investment. Instead, the Chrysler Europe-built Hillman Avenger and Simca 1100 crossed the Atlantic and were given Plymouth Cricket and Simca 1204 badges, respectively, while ships full of Mitsubishi Colt Galants with Dodge badges headed east out of Japan. Those were Dodge Colts, sales of which began here in the 1971 model year. The Cricket and 1204 faded into well-deserved obscurity, but American car shoppers loved the Hemi-powered Colt. The Plymouth Division eventually got Colts of its own, and that’s what we’ve got for today’s Junkyard Gem. 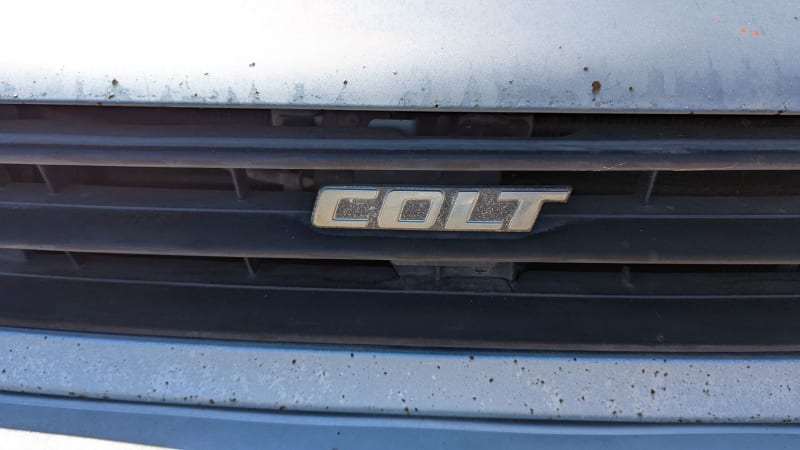 The US-market Colt jumped to the front-wheel-drive Mitsubishi Mirage for the 1979 model year, and that’s when North American Plymouth dealerships (which had already been selling the Mitsubishi Lancer Celeste as the Arrow) got their own Mirages to sell. For 1979 through 1982, the Plymouth-badged Colt twin was known as the Champ, after which Chrysler decided that distinction just confused everybody. Then both Dodge and Plymouth (plus, starting in 1989, Eagle) offered near-identical Colts until just before the 1994 introduction of the Michigan-designed Neon. 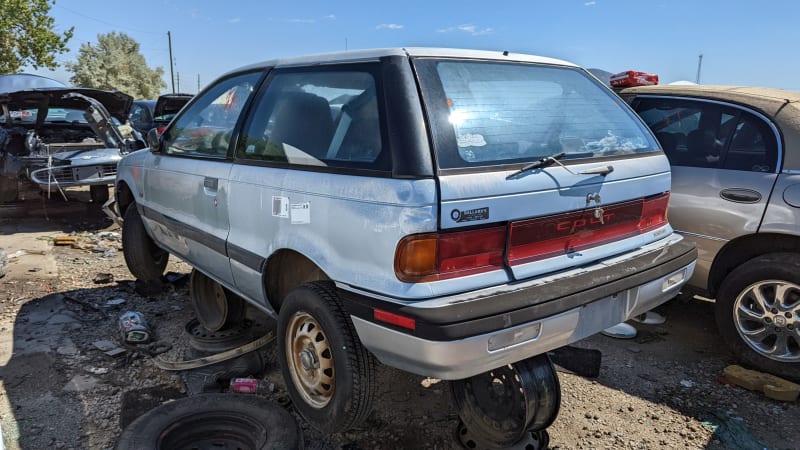 1989 was the first model year for the more rounded sixth-generation Colt. By the time this car appeared in a showroom, Mitsubishi had been selling Mirages here for six years; this meant that American cars shoppers could choose among four mechanically-identical versions of the same car: the Dodge Colt, the Plymouth Colt, the Eagle Summit, and the Mitsubishi Mirage. 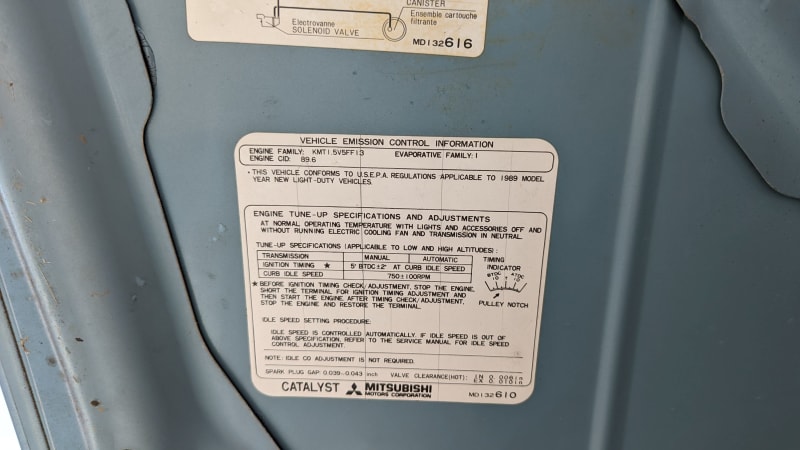 All four versions had similar pricing, so it really came down to which badge you liked best and/or which company was offering the best rebates and financing deals at any given moment. The cheapest 1989 Plymouth Colt three-door hatch listed at $6,678 (about $16,340 in 2022 dollars), while the Dodge version cost… exactly the same amount. If you insisted on a sedan, however, you had to get the Summit or Mirage, because the Colt was available only in hatchback form for 1989. 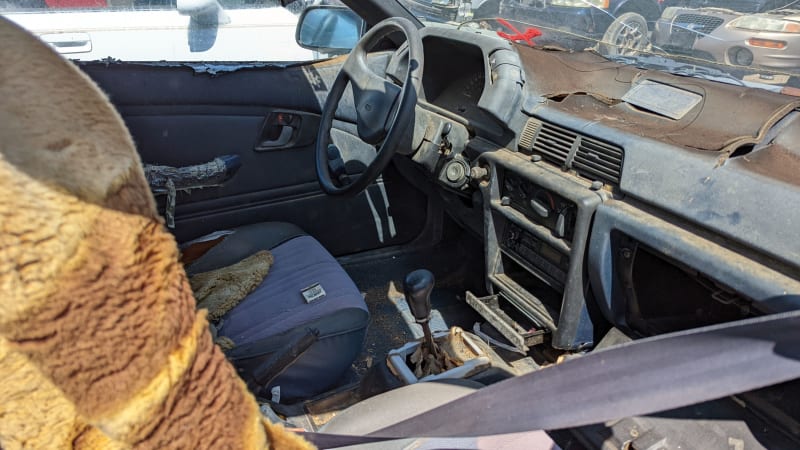 Meanwhile, Chrysler had been selling the Simca-derived Dodge Omni/Plymouth Horizon in the United States since the 1978 model year, with sales continuing all the way through 1990. A Plymouth shopper in 1989 would have been able to weigh the pluses and minuses of a new Colt versus a new Horizon America, which had two additional doors and an MSRP of just $5,910 ($14,460 today). 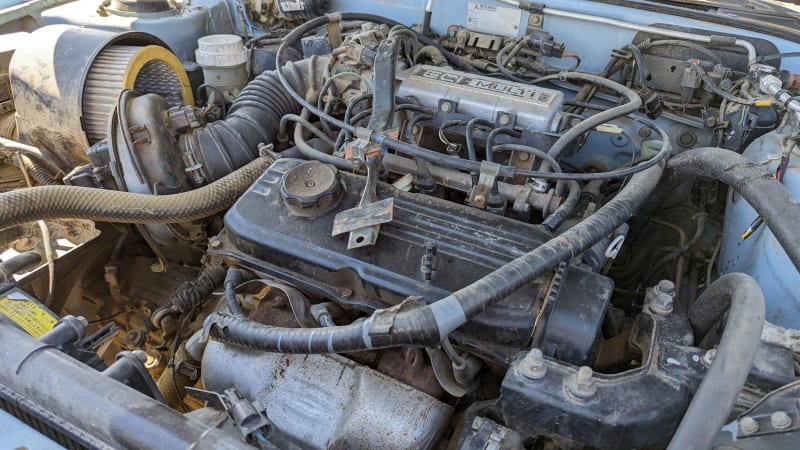 The Colt was undeniably a more modern and sophisticated design than its Horizon rival, with this 1.5-liter Mitsubishi Orion engine under the hood. However, the 1.5 made just 81 horsepower, while the Horizon’s Chrysler 2.2 clattered out 93 horses. The Colt got 38 highway miles per gallon with this engine, though, while the Horizon managed just 35. Actually, the ’89 Horizon is starting to look like a great deal! 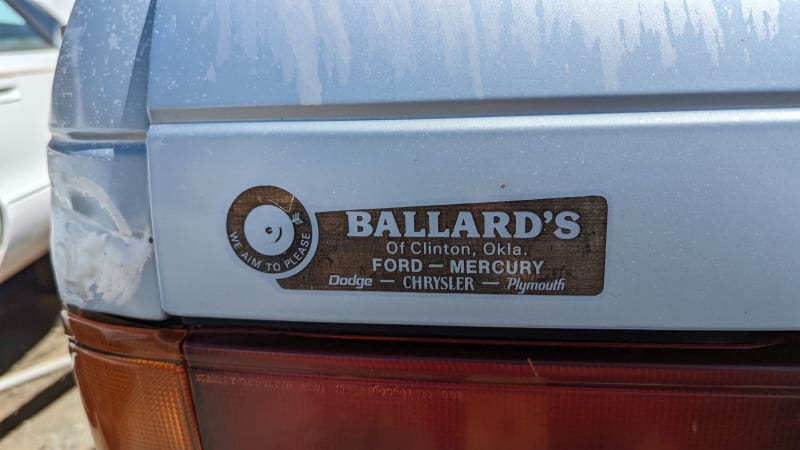 This car began its life in Oklahoma, which shares a (very short) border with Colorado. Clinton is only about 580 highway miles from this car’s final parking spot. 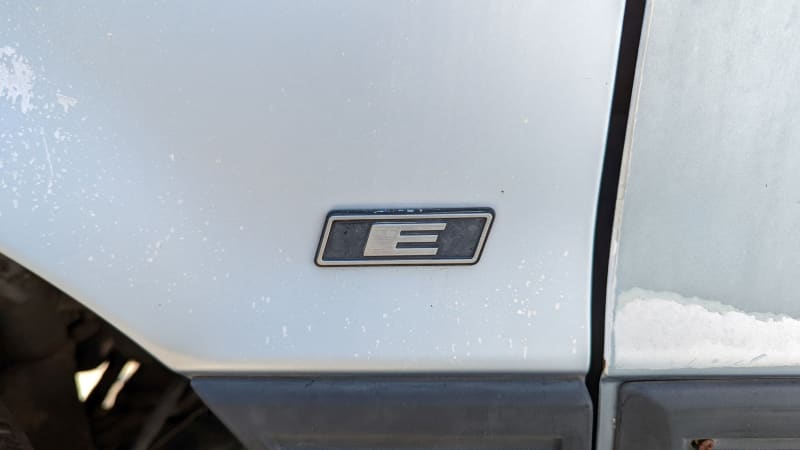 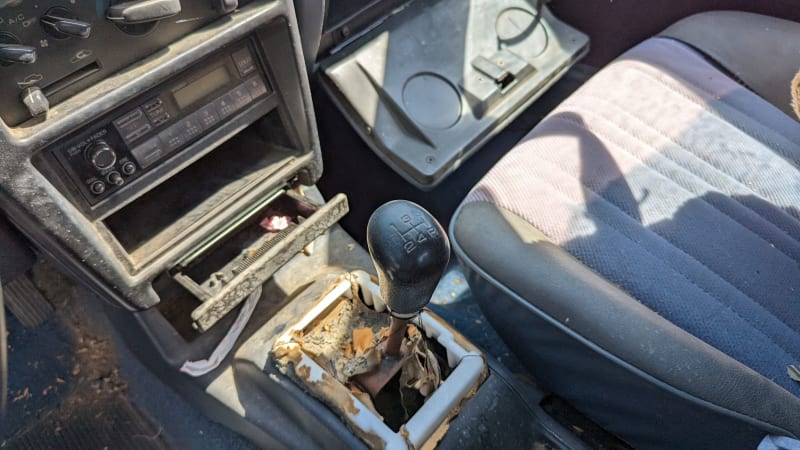 While a four-speed manual was indeed standard equipment on the cheapest 1989 Colt, the E and GT came with a five-on-the-floor at no extra cost. You could get a three-speed automatic for $499 extra that year ($1,220 after inflation). 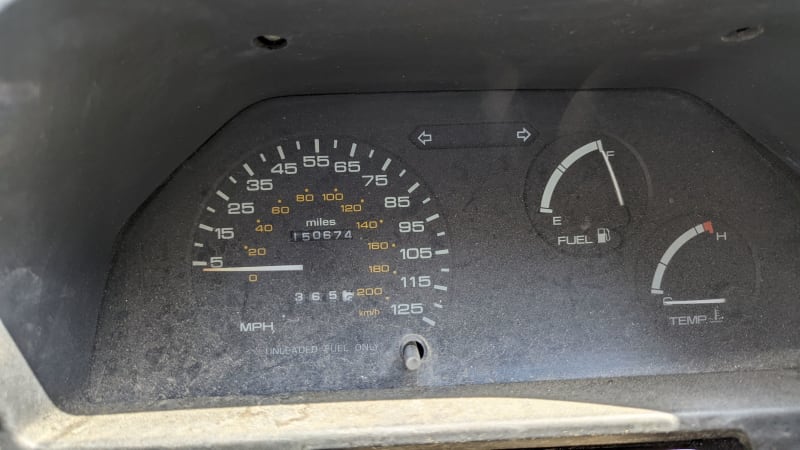 This car just squeaked past 150,000 miles, during its life, which isn’t so impressive for a Japanese car of its era but also shouldn’t cause Mitsubishi Motors any shame. 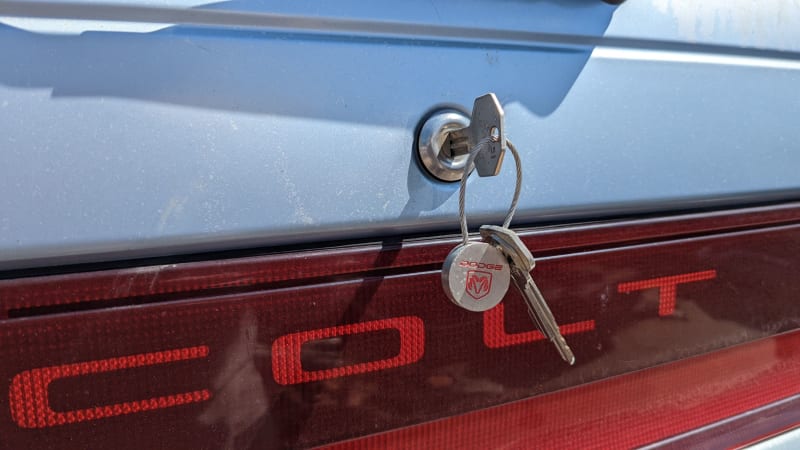 The keys were still in it when it reached the junkyard, which suggests that it was an insurance total or dealership trade-in.

Since there were no real differences between the Dodge and Plymouth Colts in 1989, they often got advertised together.

Made in Japan. Priced in America. Of course, South Korea was eating everyone’s lunch on US-market car pricing in 1989.

Look, a trunk and A/C at no extra cost… at your Mitsubishi dealer.

Your Eagle dealer offered the same sedan with 500 bucks cash back. So many choices for a Colt shopper!