The Ferrari team has been holding its traditional three day ‘wake up test’ to launch the new racing year, with outings for Carlos Sainz, Antonio Giovinazzi and Robert Shwartzman at the team’s test track near Maranello.

With a few weeks to go before the official unveiling of this year’s new car, the drivers were handed the keys to the two-year-old SF-21 model instead – the one originally driven by Sainz and Charles Leclerc in 2021.

Teams aren’t allowed to use newer specification cars in private tests, other than very limited running on ‘filming days’ intended to produce sponsorship and marketing footage.

Although it failed failed to win a race all season, the SF-21 did mark a renaissance for the team after its terrible performance the previous year.

And it proved a good choice to blow away the cobwebs this week, with official development and reserve driver Robert Shwartzman completing a total of 87 laps (259km) in tricky wet and cold conditions before the team called it a day.

Wednesday was Sainz’ turn to get back to work after the Christmas and New Year holidays, with Leclerc scheduled to take over for the final day of testing on Thursday. 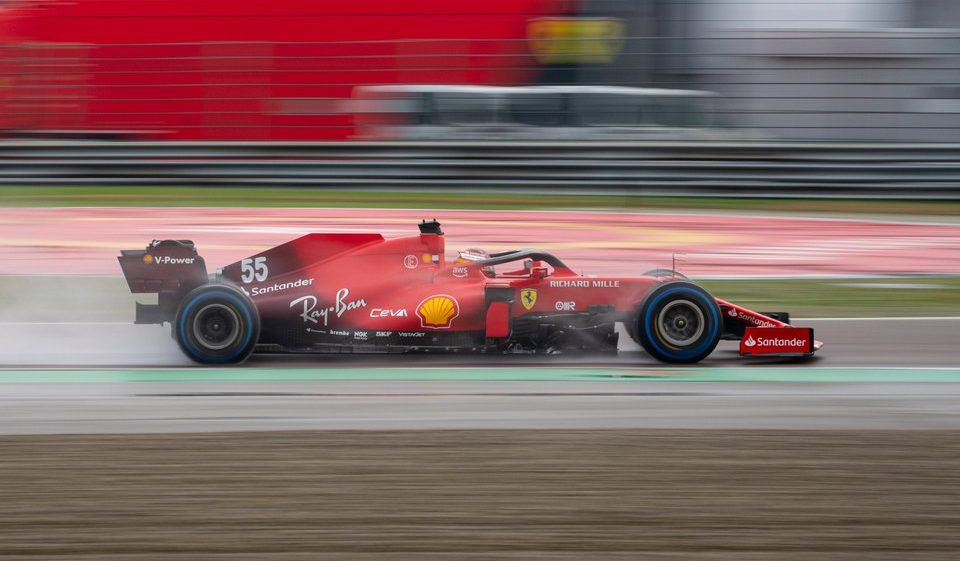 The private ‘wake up test’ has become something of a tradition for Ferrari, and has proved useful for drivers, mechanics and engineers alike to get back into the swing of things.

This year’s yet-untitled Ferrari will be unveiled on February 14 and will join those of other teams in the three-day pre-season test in Bahrain on February 23-25. The first race of the season takes place at the same venue on March 5.

AlphaTauri was also in action on Tuesday at nearby Imola, with Yuki Tsunoda driving the AT02.

The post Ferrari 'wakes up' for the new season at Fiorano appeared first on F1i.com.