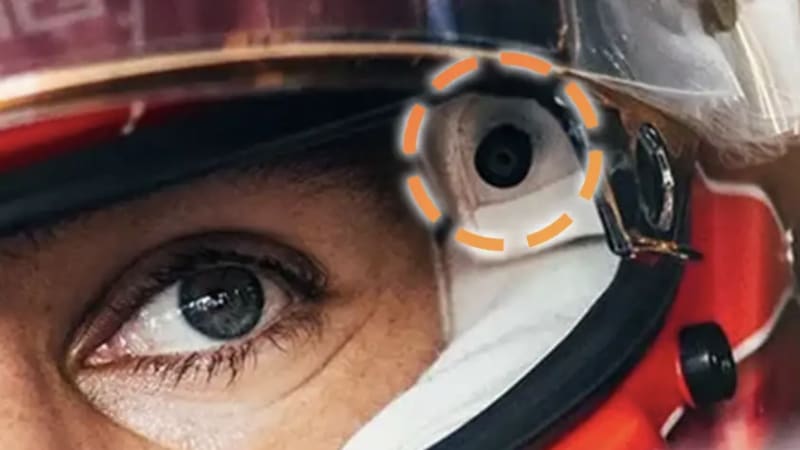 Formula 1 is adding a “third eye” for drivers who will be racing next season in the form of a tiny, point-of-view camera to be installed on the inside of the drivers’ helmets.

The miniature marvel — eight millimeters in diameter and weighing 2.5 grams — was initially tested last season by Charles Leclerc and Fernando Alonso, drivers who wore Bell helmets, according to The Drive. Thanks to a deal recently signed by the F1 teams and the Italian company Racing Force Group, every Grand Prix driver, irrespective of helmet make, will be mandated to wear a “driver’s eye” during the 2023 season.

Essentially, the device will be fitted into the protective padding of the face mask, directly in line with the human’s eyes. It will be wired to a control unit powered by the car, and the standard F1 telemetry hardware on board will transmit the camera feed. The technology subscribes to the FIA’s strict safety regulations.

It’s likely that part of the agreement was motivated by the success of the Netflix series about F1, “Drive to Survive.” The series has been popular with racing enthusiasts, and a fifth season will air starting next month, although there are questions about how long it will continue. Adding tremulous, first-person views of the action will likely make viewing the races on TV and on Netflix a more compelling experience.

If you click through the video link below to YouTube, you can see an example of the footage these cameras provide: