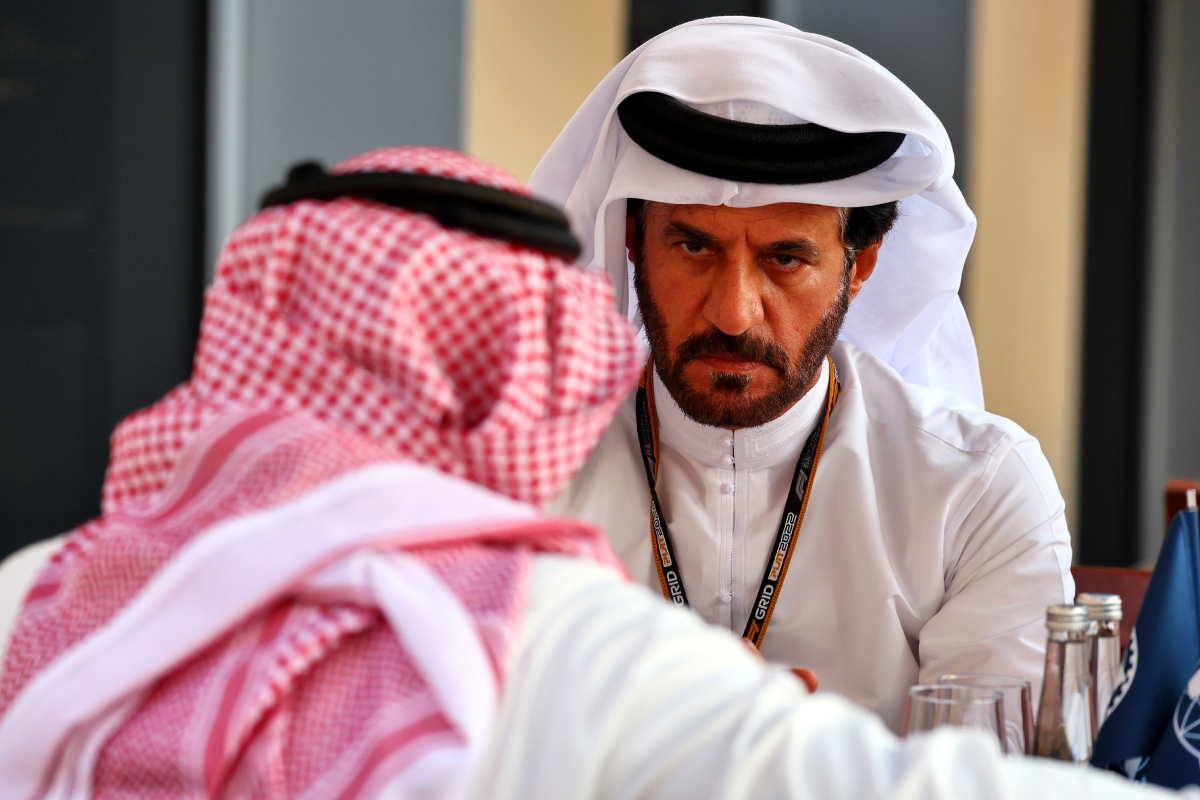 The tension between F1 and the FIA has increased following a series of tweets by Mohammed Ben Sulayem.

Formula 1 has since written a furious letter in response to the comments that has found its way to the media.

In it, the sport’s commercial rights holder claimed the comments made by the head of the FIA “overstep the bounds of both the FIA’s remit and its contractual rights.”

Liberty Media acquired the rights to Formula 1 from CVC Capital in 2017 for $4.6 billion.

Since then, the sport has enjoyed sustained growth which has served to bolster its value considerably.

However, Ben Sulayem warned in his posts on social media that the sport must be placed before profits.

“As the custodians of motorsport, the FIA, as a non-profit organisation, is cautious about alleged inflated price tags of $20bn being put on F1,” he wrote.

“Any potential buyer is advised to apply common sense, consider the greater good of the sport and come with a clear, sustainable plan – not just a lot of money.”

His comments carried the inference that the $20 billion price tag overvalued the sport and that Liberty Media was only interested in it for the money.

In its response, the letter from Formula 1 to the FIA President noted that it has “the exclusive right to exploit the commercial rights in the FIA F1 World Championship.”

It goes on to note that the FIA has given “unequivocal undertakings that it will not do anything to prejudice the ownership, management and/or exploitation of those rights.”

The tension between the FIA and F1 has been escalating for some time, with the posturing surrounding the Andretti Cadillac project seen as a public example of the spat.

This has now escalated with the commercial rights holder calling out Ben Sulayem claiming that his tweets “interfere with our [Formula 1’s] rights in an unacceptable manner.

The letter was sent by Formula 1’s legal representatives, Sacha Woodward Hill and Renee Wilm, to both the FIA President and World Motor Sport Council.

“The circumstances in which the FIA would have any role in a change of control of the F1 group are very limited,” it states.

“Any suggestion or implication to the contrary, or that any potential purchaser of the F1 business is required to consult with the FIA, is wrong.”

It continues: “commenting on the value of a listed entity, especially claiming or implying possession of inside knowledge while doing so, risks causing substantial damage to the shareholders and investors of that entity, not to mention potential exposure to serious regulatory consequences.

“To the degree that these comments damage the value of Liberty Media Corporation, the FIA may be liable as a result.”

Strict rules govern the way the sporting and commercial aspects of Formula 1 are managed, stemming back to a ruling from the European Union some two decades ago.

“The competition department of the European Commission has informed the four-wheel motor sports regulator, the Fédération Internationale d’Automobile (FIA), and the Formula One companies that it has closed the various anti-trust investigations into certain regulations and commercial arrangements involving that sport,” a statement from the European Commission outlined in October, 2001.

“This action was made possible after the parties agreed to make changes which limit the FIA to a regulatory role, so as to prevent any conflict of interests, and remove certain commercial restrictions put on circuit owners and TV broadcasters.”

As part of that, the FIA agreed that its role would be limited to that of a regulator with no commercial conflicts of interest, that FIA rules would not be used to prevent or impede new competitions (unless there were justifiable grounds relating to safety etc), and that the judicial processes – internal and external – were strengthened.

“To prevent conflicts of interest, FIA has sold all its rights in the FIA Formula One World Championship and will allow the creation of potential inter- and intra-brand competition between Formula One and similar races and series,” the statement added.

“The FIA will, therefore, have no influence over the commercial exploitation of the Formula One Championship.”

As the custodians of motorsport, the FIA, as a non-profit organisation, is cautious about alleged inflated price tags of $20bn being put on F1. (1/3)