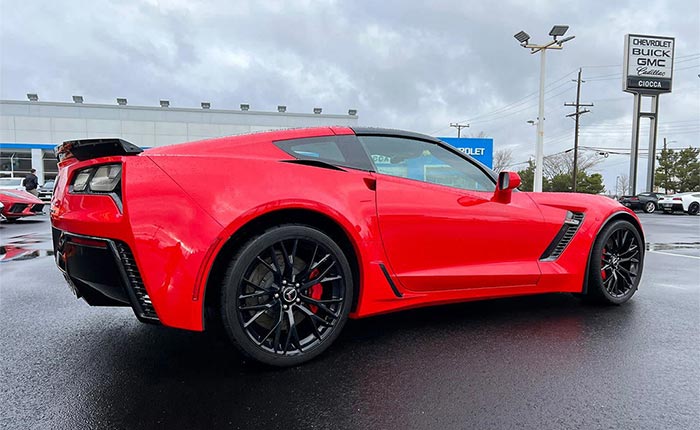 As one of the top Corvette dealers in the country, Ciocca Corvette of Atlantic City takes in some great trades of previous generation Corvettes as customers move up to the new C8 Corvette. The best of those pre-owned Corvettes are kept on-site and offered for sale. To kick of the new year, we take a look at Ciocca’s pre-owned inventory and found a special edition C6 Convertible and two exemplary C7 Corvettes looking for new homes. For some enthusiasts, the previous generations have everything they want out of a Corvette with its traditional front-mounted engine, manual transmission, and plenty of storage space being some of the reasons why.

As we head into Spring, Ciocca Corvette’s used car manager Andrew Hofner is looking to increase its pre-owned inventory by purchasing low mileage Corvettes in excellent condition. Ciocca Corvettes will pay top dollar for all makes and models of Corvettes (and other quality vehicles), and they will even pay for shipping. Contact Andrew at [email protected] or call (609) 344-2100 and let him know what you have! 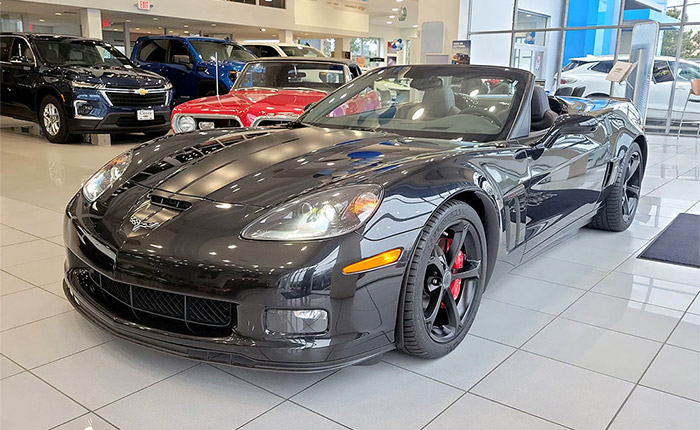 The 2012 model year was made special by it being the 100th Anniversary of Chevrolet, and the Corvette celebrated that milestone across all models with the 2012 Centennial Edition. For one year only, the standard Black exterior was replaced with Carbon Flash Metallic exterior, and the special edition featured satin black wheels, satin black racing stripes, black 100th badging, and 100th emblems with likeness of Louis Chevrolet. During the run, Chevrolet would produce 2201 Centennial Editions including 528 Grand Sport Convertibles. 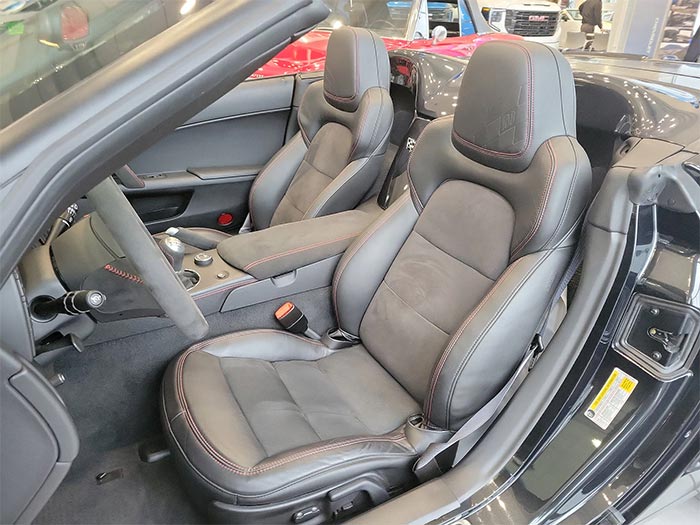 Ciocca Corvette is offering a preowned 2012 Corvette Grand Sport Convertible with the Centennial Edition package and it has been driven just 15,237 miles! The Corvette Grand Sport features the 430-hp 6.2L LS3 V8 coupled to a 6-Speed Manual Transmission and is furthered optioned with Magnetic Selective Ride Control and the Dual-Mode Performance Exhaust. Inside the Ebony 3LT interior is a microfiber sueded steering wheel with the Louis Chevrolet badge, and suede is also on the center console, shift boot, arm rests, and the seating surfaces. The headrests are embroidered with a 100-Years logo. 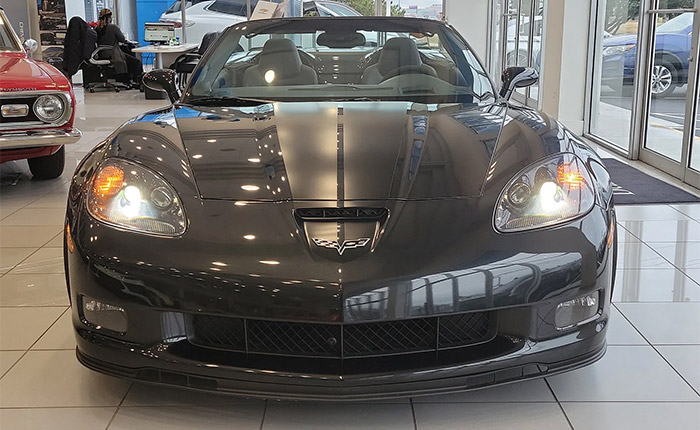 The price on this Z16 Grand Sport Convertible was recently lowered by Ciocca to $45,999. According to the free CarFax Report, this is a two-owner Corvette that is listed as Accident-Free. 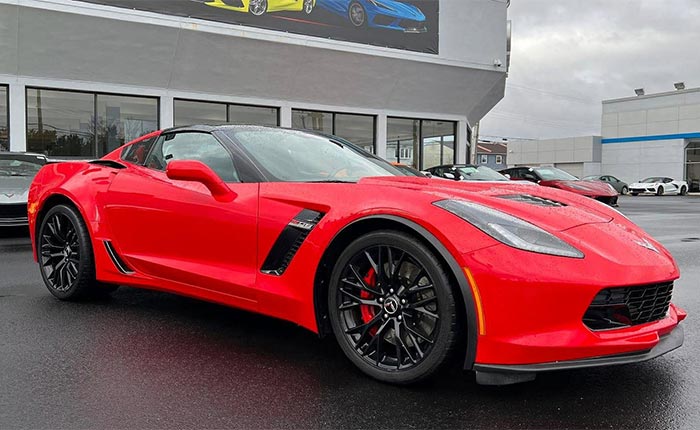 When the Z06 returned to the model lineup in 2015, there were a lot of “firsts” being bandied about. It was the first Z06 model to be supercharged with the LT4 designated motor rated at 650-horsepower and 650 lb-ft of torque. Unlike the C5 and C6 Z06 models, the C7 Z06 Coupe versions have a removeable roof, and a Convertible body was also offered. For the first time, buyers could also order the Z06 with GM’s new 8-speed automatic transmission with paddle shifts. 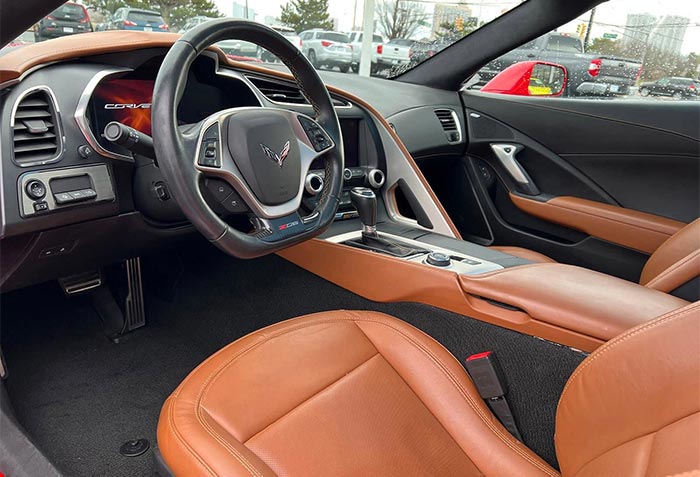 This 2015 Corvette Z06 Coupe is offered in the popular Torch Red with the 3LZ Kalahari interior. The Z06 Coupe was optioned with the 8-speed auto, and it also includes a transparent roof panel, black alloy wheels, and red brake calipers. Inside the cockpit are heated/cooled leather seats, back-up camera, and NAV with Performance Data Recorder. Only 15,560 miles are showing on the odometer.

As more and more previous generation Z06s are traded in, now is a great time to move up and into what GM’s Mark Reuss called “The Big Nasty!” This Torch Red Z06 Coupe has just two previous owners listed on the free CarFax Report, and the car is listed as Accident-Free. 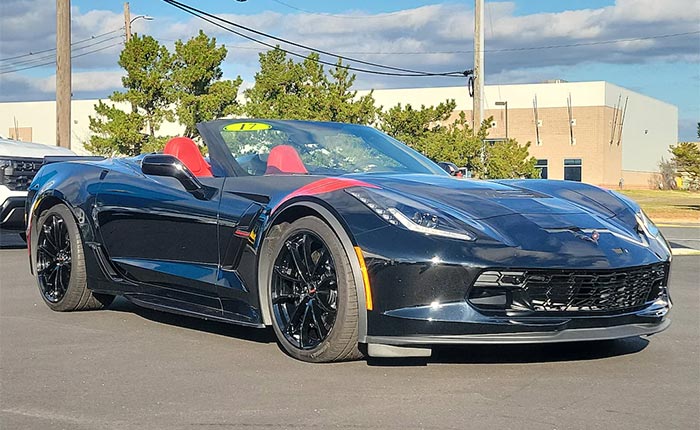 The Corvette Team shocked the world with a surprise reveal of the C7 Corvette Grand Sports in Geneva, and the popular Grand Sport models returned to the C7 line-up in 2017. With the widebody looks of the Z06 and power coming from the Stingray’s 460-horsepower LT1, many thought the 2017 Corvette Grand Sport was one of the most perfectly balanced Corvettes ever produced, and we know it won many of the hearts and minds from its reviewers who had their chance behind the wheel. 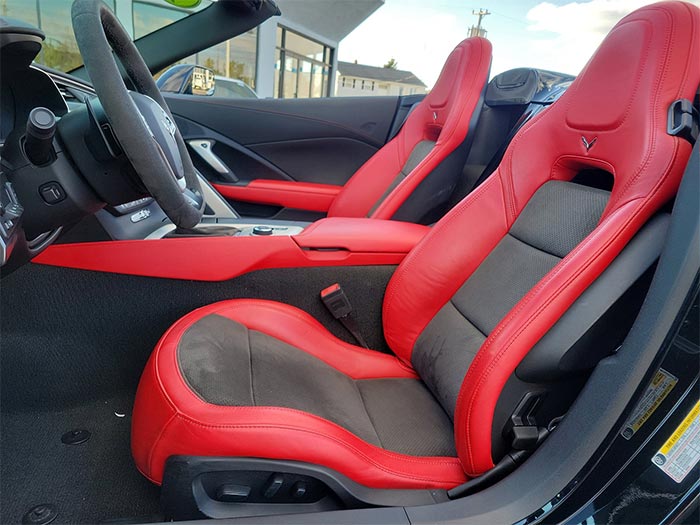 Ciocca Corvette received this one-owner 2017 Corvette Grand Sport Convertible with 13,164 miles on the odometer. It has the 2LT trim package and is optioned with the 8-speed automatic transmission with paddle shifts, black painted GS aluminum wheels, carbon flash badges, and NAV with Performance Data Recorder. The Black Corvette Convertible has an Adrenaline Red interior with two-tone Red/Black seats, and a Black convertible top. Red hash marks decorate the front fenders. 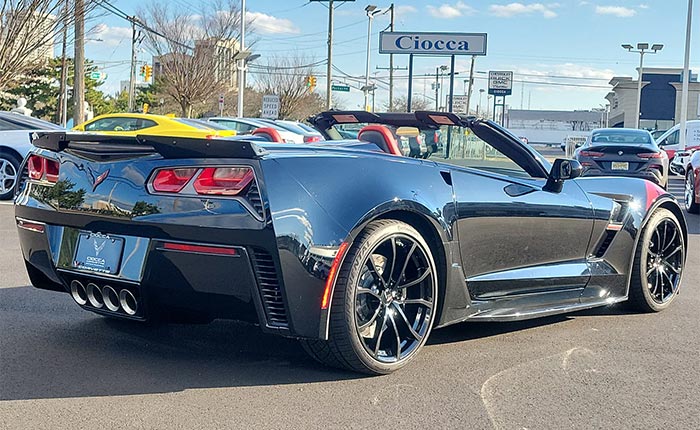 The 2017 Corvette Grand Sport Convertible is priced at $61,699 and is $2,186 less than typical Kelley Blue Book listings. Only one owner is on the free CarFax Report, and the car is listed as Accident-Free.

For more information on any of these three preowned Corvettes offered by Ciocca Corvette of Atlantic City, contact Andrew Hofner by email at [email protected] or call (609) 344-2100.

To see all of Ciocca Corvette’s Pre-Owned Corvettes and other offerings, visit www.CioccaCorvette.com. You can also follow on Instagram via @CioccaCorvette and @CarsFromHoff.