Space Force, still trying to get used to the fact the US has a Space Force…

Anyways, I’d recently found out there were open storage spots at the two RV Storage Lots within the confines of the Space Force Base (SFB).  After getting the paperwork squared away and giving notice at the previous storage site; I was ready to move today.

I got a 35′ long spot, which should fit the URRV and attached trailer.  I left the trailer at home since the URRV won’t be there long before we go camping next week.

The spot I was assigned is really close to the gate, with a nice wide area behind the URRV that I can use to back up whenever I decide to take it out of storage.  Even better, it’s cheaper by $37 from the old storage yard for more space!

Security should be better, after all its inside the perimeter of a guarded SFB!

Soon as I got Uma settled into storage, I geared up and rode Yagi, my TW200 out towards the main area of the SFB.  I stopped by the 140th Wing HQ for pictures of display aircraft: 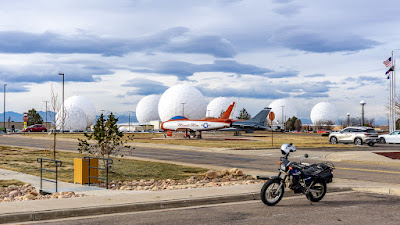 Buckley is known for the “Golf Balls” 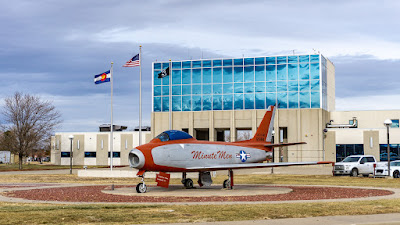 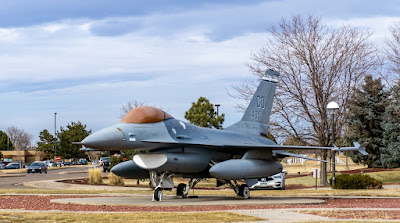 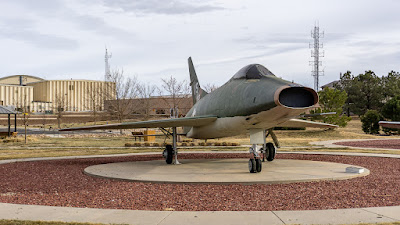 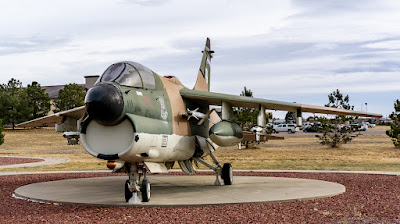 There were no visible information plaques for the aircraft but you should be able to recognize most of them.  The last one is a tribute, I think, back to WWII when Buckley was an US Army Air Force training facility. 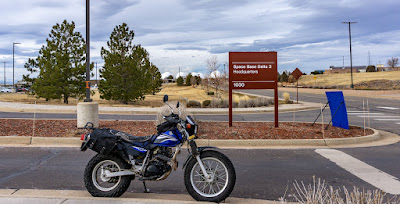 I guess I’m still a bit amused by the new nomenclature used by the US Space Force….

It was in the low 40’s as I rode home, the “Polar Vortex” is coming in a couple of days….some really cold temperatures are forecasted.  Could be quite interesting riding.

Luckily, I’d recently acquired a used National Cycle Plexistar 2 Windshield for Scarlett.  It’s the same model as the one previously on Scarlett.  The old one had cracked due to me riding Scarlett on rough terrain with the windshield attached.  I plan on removing it whenever on rough terrain riding is expected. 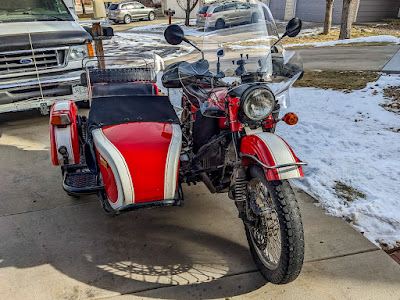 This windshield should allow me to ride around the forecasted record low temperature this Thursday/Friday.