This is a rare BMW R68 ISDT Special, in many respects its one of the early progenitors of modern enduro and adventure motorcycles, and it’s certainly the godfather of the iconic BMW GS series.

The “ISDT” in the name stands for the “International Six Days Trial,” the oldest and one of the toughest off-road motorcycle events in the world. The R68 ISDT Special was given a higher performance engine and upswept pipes for use off-road – BMW would establish a long history of competing in the ISDT.

The BMW R68 ISDT Special is an exceptionally rare motorcycle, so rare in fact that it’s difficult to source reliable information on its history. For this article we mostly used two books, The Art Of BMW by Peter Gantris and BMW Motorcycles: the Complete Story by Bruce Preston. 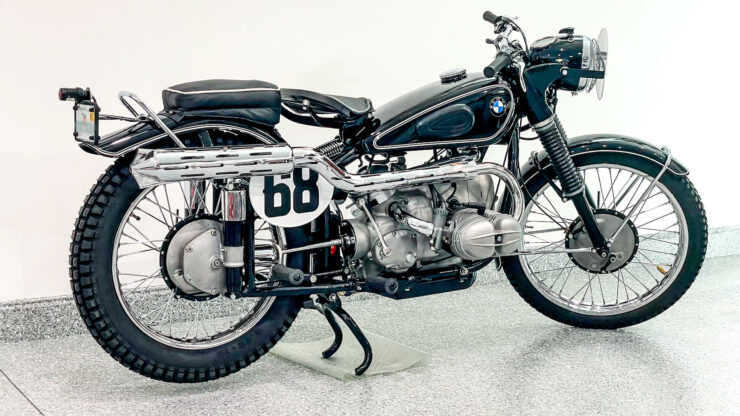 The BMW R68 ISDT Special includes a slew of changes to make it more suitable for off-road use, the most noticeable of which is probably the high-exit exhaust designed to keep it up and well out of the way.

The BMW R68 was released in 1952 as the German marque’s fastest and most expensive model. It was essentially an upgraded version of the earlier 594cc BMW R67, with higher compression pistons, a higher performance camshaft, improved twin leading-shoe front brakes, and larger 26mm Bing carburetors.

Two key versions of the BMW R68 were offered, the most common by far was the standard model for road use, characterized by its dual exhausts which were routed under the horizontally opposed twin engine’s heads.

The cross-country or “Gelandesporte” version is far rarer, it’s recognizable by its two-into-one exhaust that is routed up over the right hand cylinder with a high exit muffler. 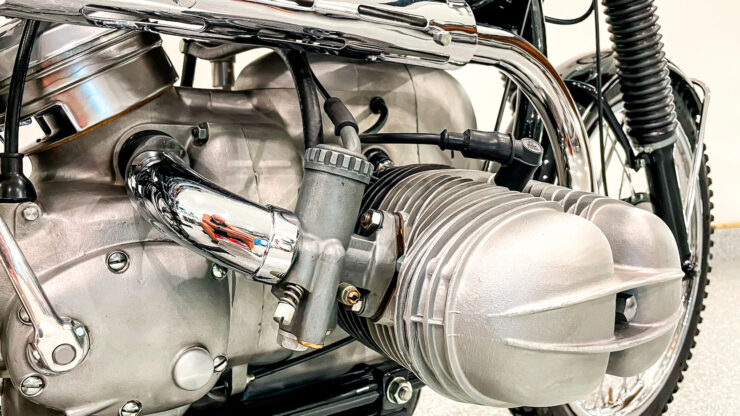 The horizontally-opposed twin was designed with the barrels and heads out in the clean airflow for optimal cooling – a signature feature of BMW “Airheads”.

The exhaust header from the left cylinder is routed between the bottom of the fuel tank and the top of the engine to keep it out of the way.

It was this Gelandesporte variant that was used by the International Six Days Trial competitors on the Silver Vase Team in 1952, with rider Hans Roth riding flawlessly and coming within reach of winning the event before a technical failure on day six.

BMW marketed the R68 as “The 100 mph Motorcycle” but sales volume was somewhat limited by the price, at 4,000 DM it was one of the most expensive motorcycles in post-WWII Germany. 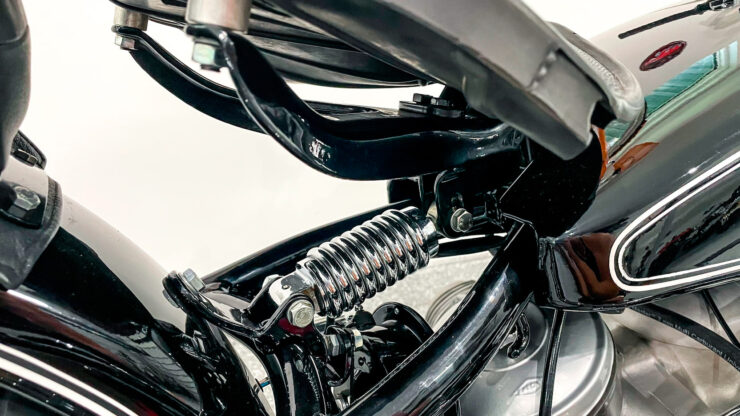 The motorcycle does have simple plunger-style rear suspension but an additional spring was added for the rider’s saddle to help soak up serious bumps.

The bike you see here is listed as having had a professional, concours-level restoration by a BMW expert and pilot racer. It has triple matching numbers and the original manufacturer’s ID plate on the frame and engine.

This R68 has previous been awarded Best of Show and it’s now due to roll across the auction block with Mecum in late January in Las Vegas.

If you’d like to read more or register to bid you can visit the listing here. 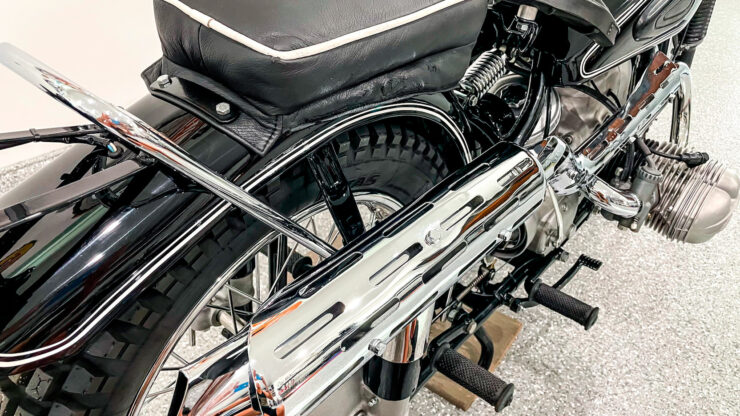 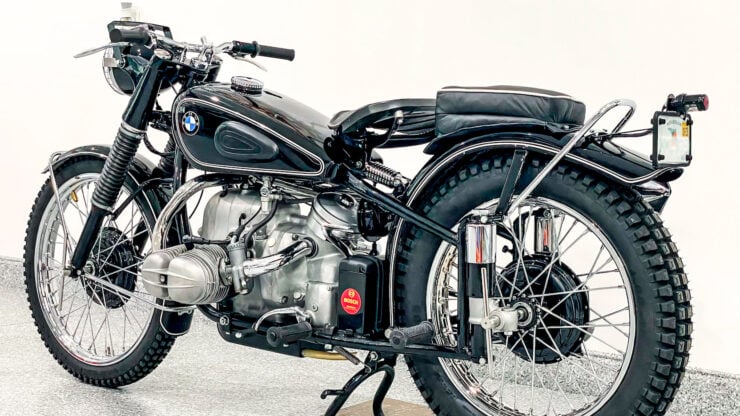 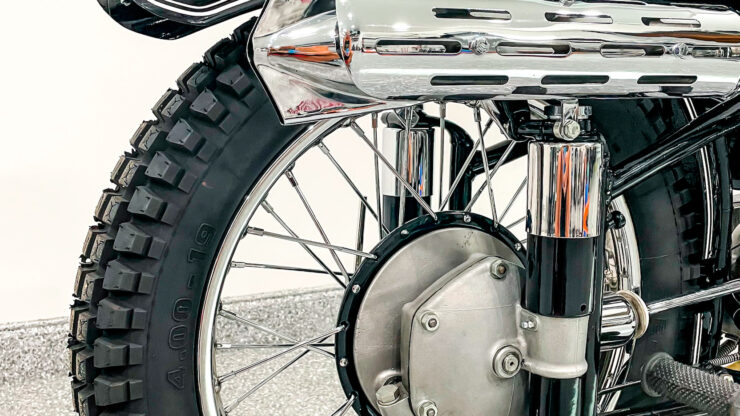 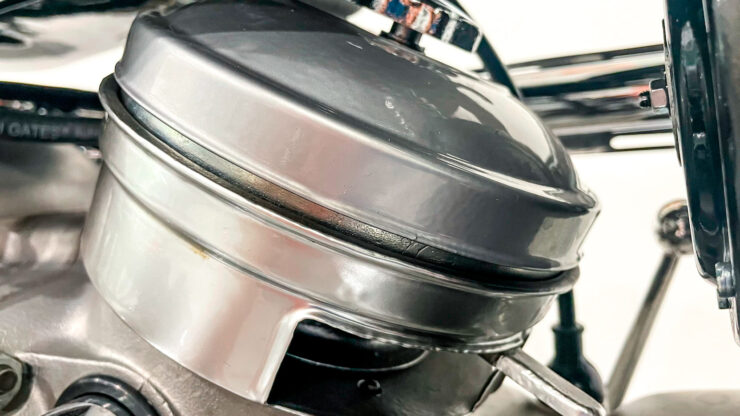 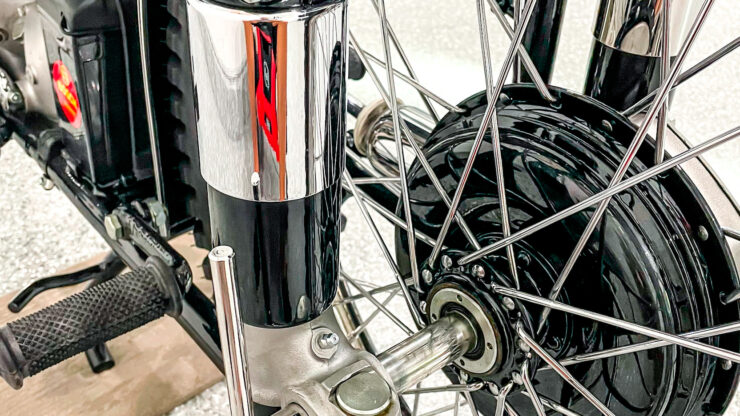 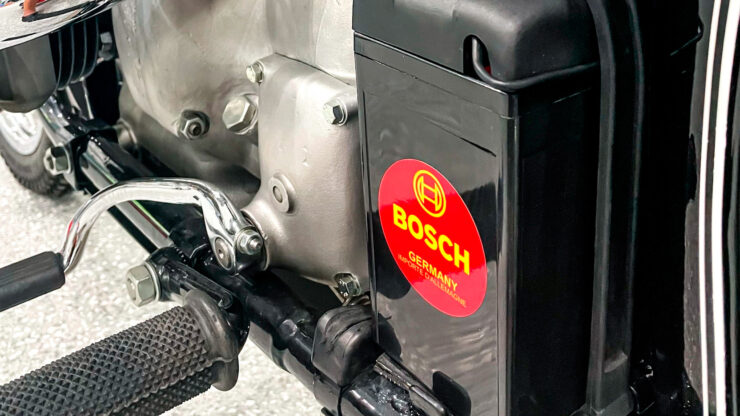 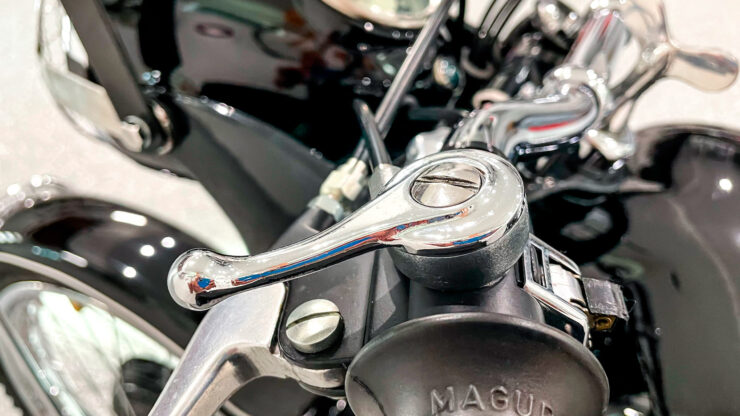 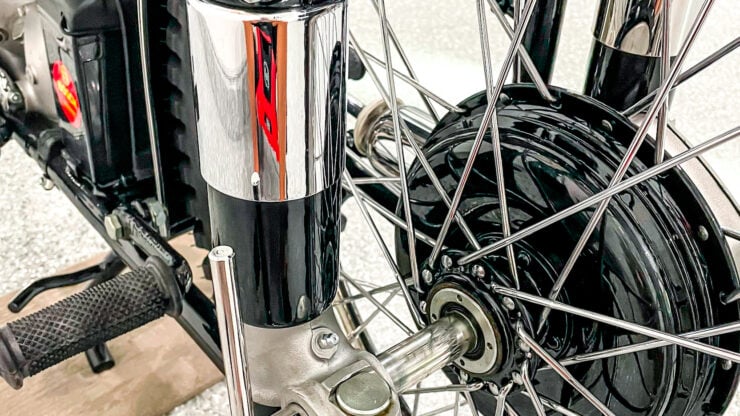 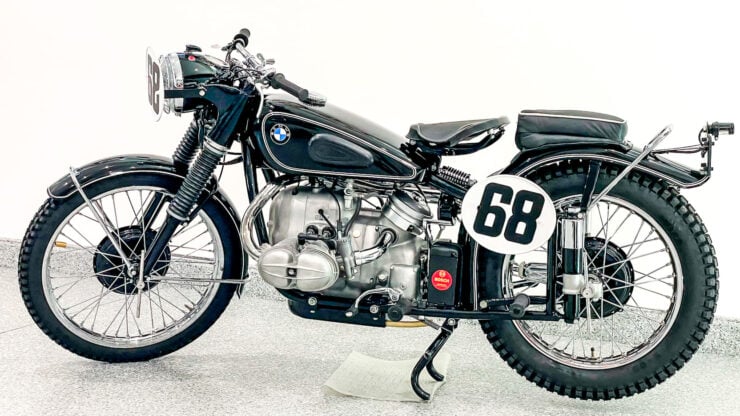 Silodrome was founded by Ben back in 2010, in the years since the site has grown to become a world leader in the alternative and vintage motoring sector, with well over a million monthly readers from around the world and many hundreds of thousands of followers on social media.

Rider Falls Off Cliff, Smartwatch Credited With Saving His Life In Utah