Most of yesterday, Wednesday, was spent troubleshooting why the lights on the trailer weren’t working.  We think it was a combination of a bad ground (corrosion) and a blown fuse.  Something of a mystery too, a fuse was missing, and when replaced restored the riding lights to the trailer.  Weird, Chris Z. thinks its a grounding issue.  He definitely wasn’t impressed with where Ford put the grounding blocks right behind the left dually tires.

Yesterday evening, we had ourselves a fun time playing a card game called “Play Nine”.  It’s got a golf motif of sorts, lots of chance built-in and some strategic thinking involved.  It got much more fun and at times hilarious as mistakes were made by each of us due to some “alcoholic influence”. 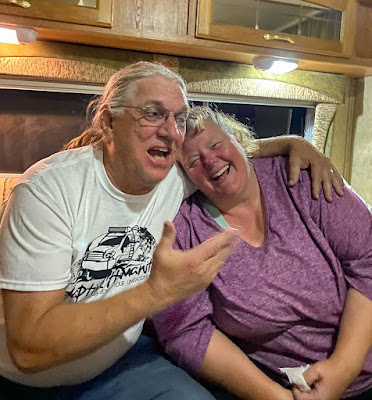 Chris attempting to explain a game blunder I think…

for which Lori was the beneficiary

Suffice to say, enough alcohol was consumed that tonight it wasn’t nearly as hilarious as we played some more of Play Nine.  Tonight just a few sips of wine.

We spent some of the day visiting the nearby (3 miles) White Sands National Park, using the URRV as the transport for all four of us.

We used my Veteran’s Access Pass from the National Park Service and proceeded on towards the furthest point reachable via the loop road amongst the dunes. 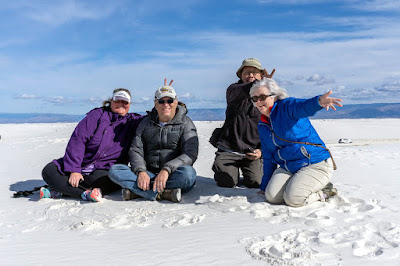 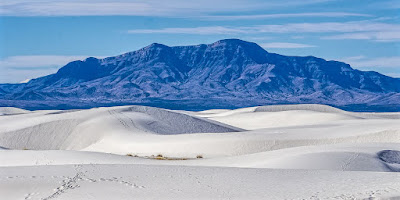 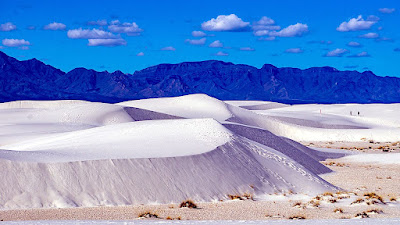 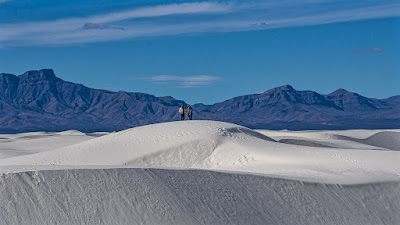 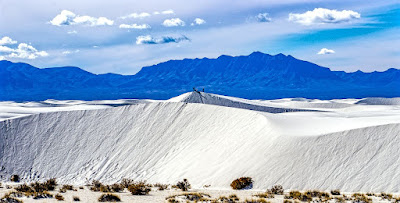 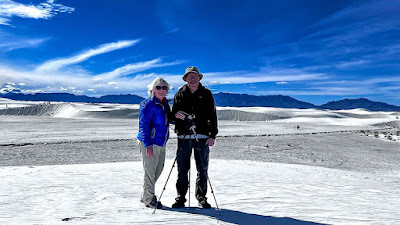 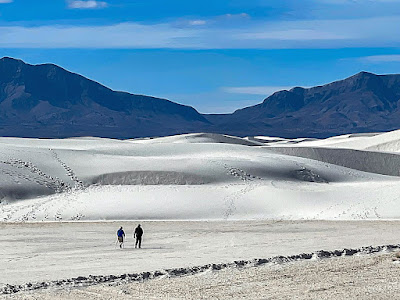 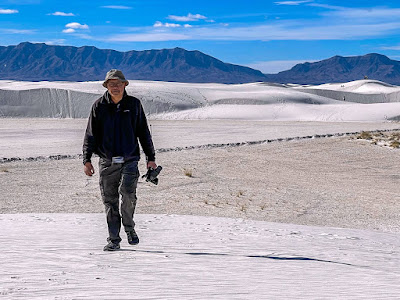 Lunch was at a Mexican restaurant in the city of Alamogordo, very yummy.

Afterwards, a short visit to the world’s largest Pistachio Nut was in order: 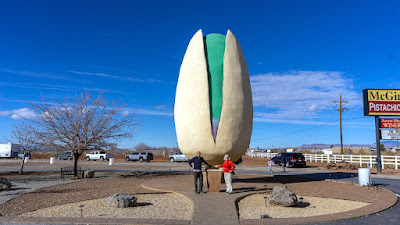 We returned to camp to rest away the rest of the afternoon.  We hosted the Z’s for dinner and then played cards for a bit.  Definitely not as hilarious without the alcohol though it was still fun.

Here’s the sunset we got tonight, just before dinner was served: