While Maruti Suzuki has played safe in the last two years, the carmaker will be up in action in a full-fledged form with new offerings in 2023. Maruti Suzuki has already previewed two of its offerings in the compact SUV category – Fronx and Jimny – at the Auto Expo 2023, though there’s more in the store for the country’s leading carmaker. Maruti Suzuki’s contemporary take on the sub-four-metre segment, the Fronx coupe-SUV will be arriving in April 2023, marking the carmaker’s first-ever big launch for 2023. The new Maruti Suzuki Fronx is based on the Baleno premium hatchback and gets a rugged design language inspired by Grand Vitara. The new Fronx will be offered with two petrol powertrains – a 1.2-litre 90 PS naturally-aspirated petrol and a 1.0-litre 100 PS turbocharged petrol. Soon after bringing the Fronx to the showroom floors of NEXA, Maruti Suzuki will launch the five-door Jimny off-roader in May 2023. Unlike the urban-oriented Fronx, the Jimny is a hardcore four-wheel-drive off-roader, which also falls in the sub-four-metre category. With 4×4 offered as standard, the new Jimny will be available solely with a 1.5-litre 105 PS naturally-aspirated petrol engine with manual and automatic transmissions.

Maruti Suzuki has already confirmed that it will be launching its version of the newly-launched Toyota Innova Hycross. This will be the first time a Toyota offering will be restyled and launched under Maruti Suzuki’s stable. With comprehensive changes to the front and rear profile and minor tweaks to the cabin, the Maruti Suzuki’s version of Innova Hycross will retain the 2.0-litre naturally-aspirated petrol and 2.0-litre strong hybrid petrol engine options. On the sidelines of the festive season in 2023, Maruti Suzuki will lift the covers off the all-new fourth-generation version of the Swift. The new model will get major upgrades in the exterior and interior design, along with the inclusion of a few new features. However, the current 1.2-litre 90 PS Dualjet petrol engine with 5-speed manual and AMT gearbox options will be retained in the all-new Swift. 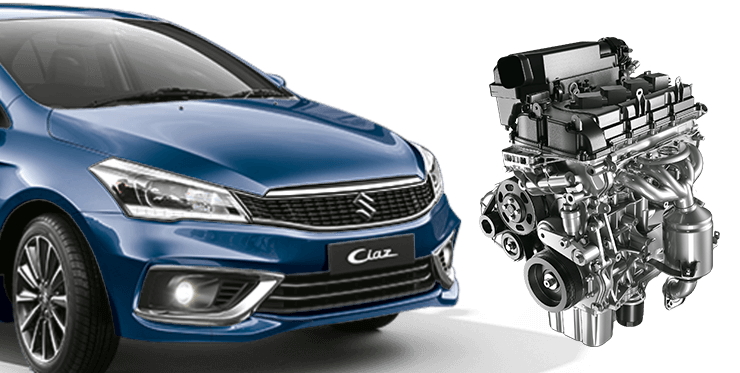 The Ciaz is one of the least-selling offerings from Maruti Suzuki’s current lineup of cars, given the overall decline in the popularity of sedans as a whole. However, given that the current version of the Ciaz is almost five years old and the segment heating up with the fresher competition, Maruti Suzuki might launch a thoroughly upgraded version of the Ciaz. With comprehensive changes to styling and a list of features, the new Ciaz will also get the much-awaited, new-generation 1.5-litre Dualjet petrol engine.

2023 Ford Edge gets finely sliced updates, the merest of changes