Pavement-bound SUVs dressed in off-road garb are all the rage these days, with Honda’s previous TrailSport offerings acting as a prime perpetrator. The newest 2023 Pilot TrailSport, though, transcends the off-road-in-name-only fad, and adds more ground clearance, all-terrain tires, skid plates, and suspension revisions. For the 2024 model year, both the Passport SUV and the Ridgeline truck are scheduled to receive a similarly rugged set of revisions, Honda confirmed in a media briefing.

However, those holding out hope for a hybrid powertrain will be disappointed, as Honda confirmed that neither the Passport nor the Ridgeline will add a gas-electric option for 2024. This solidifies our suspicion that both will receive the updated powertrain from the Pilot. The new 3.5-liter V-6 in that car improves the fuel-delivery system, internals and packaging, ups the horsepower from 280 to 285, and pairs with a new 10-speed automatic transmission instead of the old nine-speed. We haven’t had the chance to put the new powertrain through our usual testing regimen yet, but it doesn’t feel discernibly quicker from our initial drives. 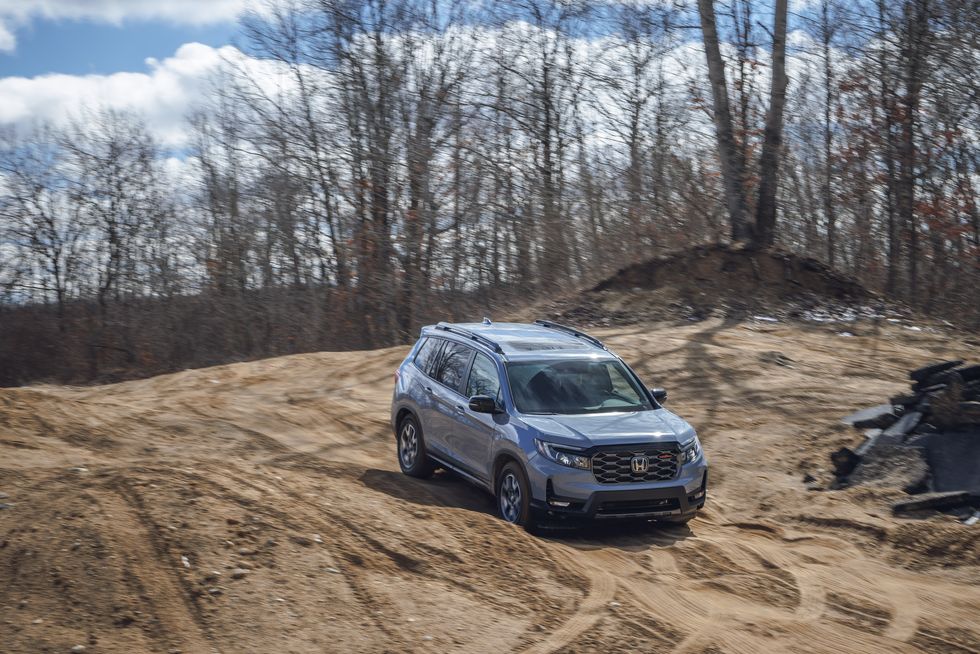 Off-roading is not a foreign concept for the Ridgeline pickup. In fact, Honda has been supporting a desert-racing Ridgeline pickup dating back to 2015. Adding some off-roading chops to the consumer version is a welcome thought, even if the naysayers will complain that most TrailSports will never venture beyond the trailhead.

Bottas at ‘peak fitness’ after off-season bike blitz in Australia

How Alfa Romeo have taken Red Bull inspiration for their C43