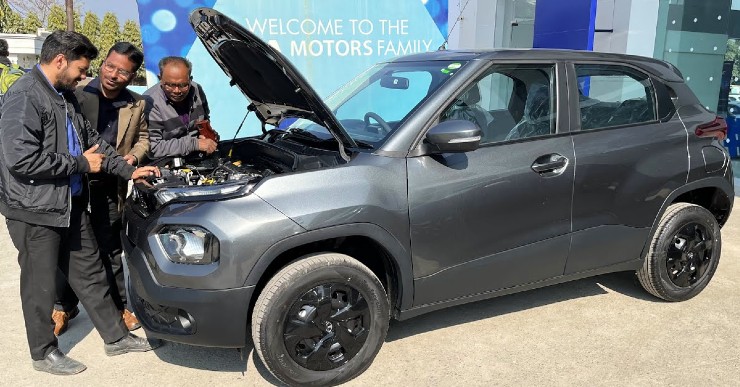 In the video, we can see that the refinement and NVH levels of the Tata Punch now look much more controlled and efficient. The NVH levels in the cabin are well-insulated too, and even after switching off the AC and closing the doors, there are not many noises and vibrations in the cabin.

The presenter then gives a glimpse of the engine under the hood, which features a few new components around the engine. Also, the powertrain now looks less cluttered than before, and even in the idle, it has lesser vibrations than before. While the current Tata Punch already is a refined and well-engineered vehicle to be in, the new changes seem to make the compact SUV even more desirable.

The Tata Punch is currently offered only with a 1.2-litre three-cylinder naturally-aspirated petrol engine, which produces 86 PS of maximum power and 113 Nm of maximum torque outputs. Even with the changes to make it compliant with RDE norms, the power and torque outputs of this engine are expected to remain the same. This engine is offered with the choices of a 5-speed manual and 5-speed AMT in the Tata Punch.

All the automakers in India are readying their existing offerings to meet RDE norms, which are a part of the BS6 Phase-II emission norms. Ready to be effective from April 1, 2023, these new emission norms are India’s version of the already-applicable Euro-VI emission norms in many European countries. To meet the new emission norms, carmakers are relying on additional specialized fitments to monitor and control emissions of vehicles while driving.