For all those who were complaining about the original Aventador’s handling, well good news for you peeps. The new Aventador S Roadster is an updated version of the original one. On an overall, everything has been made better, just so that you can have ultimate fun. However, the performance figure remains the same as the standard Aventador. 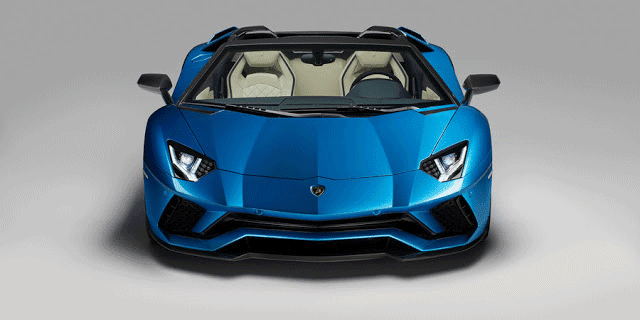 The front end of the car is completely new. There is a bigger front splitter and two new air ducts that makes the car looks very mean. This made the Aventador S Roadster look much more stylish. The air intakes have been modified for maximum cooling capability. There has been a huge improvement in terms of aerodynamics in this car.

The new Lamborghini Aventador S Roadster also has a slightly updated suspension. The latter is controlled by the ‘Lamborghini Dinamica Veicolo Attiva’ (LDVA) control unit. The LDVA has four modes selection namely Sport, Strada (street), Corsa (track) and Ego (individual). Ego mode basically lets you control how you want the car to drive. The driver can select his preferred criteria for traction, steering and suspension. 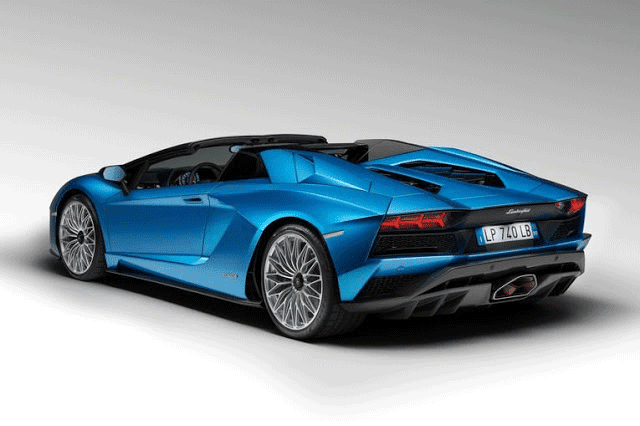 The car also features permanent four-wheel drive system along with four-wheel steering. This is the first time that a four-wheel drive system has been fitted in a series production Lamborghini. How the system works is pretty simple. At low speeds, the front wheels go in the opposite direction from the steering angle. This virtually reduces the wheelbase, making the car more agile with a reduced turning angle. Higher performance is ensured in corners and makes the car easier to handle in town and at low speeds. At high speeds, both the front and rear wheels go in the same direction, extending the wheelbase thus providing increased stability and optimising the responsiveness of the car. The previous models did have a bad turning angle but this problem has been finally solved.

The Lamborghini Aventador S Roadster is developed around a ‘total control concept’. This provides a superior driving, ride and performance. The car uses either 20-inch or 21-inch wheels wrapped in Pirelli P Zero tires. These wheels give ultimate grip around corners. Carbon ceramic brakes are standard on the new Aventador S Roadster. This is a must to have on such a powerful car like this.

The car has a new black (carbon-fibre on request) rear diffuser with fins that increase aerodynamics. A new three single exit exhaust tips is on the car, not only is the new mechanism lighter than the older one but also, the noise that it makes is worth every single penny of yours. The active rear wing can be moved to three different positions depending on speed and drive mode. 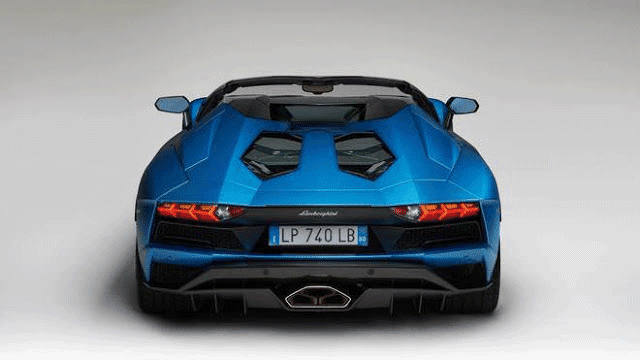 Even though the Aventador S Roadster is a convertible, the car is only 50 kgs heavier than the coupe because of chassis reinforcing components. The car has a dry weight of only 1625 kgs.

Moving on to the interior of the Lamborghini Aventador S Roadster, one thing that is noticeable is the fact that the interior is mostly the same as the previous models. However, there are few features that have been added.

A new TFT digital dashboard can be customised according to the driver’s preferences. Apple CarPlay comes as a standard specification. What comes optional is the telemetry system that basically allows you to record lap times and track performance as well as trip data. This is usually for the owner that is planning on taking their Aventador S Roadster to the track. 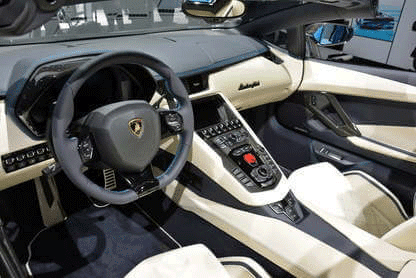 Let’s talk about what is powering this beast. Bear in mind that the new Lamborghini Aventador S Roadster is using the same engine as the previous model but it has got a boost in power.

Under the engine cover is a 6.5L naturally aspirated V12. This is no crappy supercharged or turbocharged engine with awful sound. You get to experience the raw naturally aspirated noise and believe me, this is so satisfying to the ears. This massive engine makes a whopping 740 hp and 509 lb-ft of torque. The car will skyrocket from 0 to 60 mph in 3.0s flat and it will reach 100 mph in 6.3s. The car will do a standing quarter mile in just 10.8s. The Lamborghini Aventador S Roadster has a top speed of 217 mph (349 km/h).

The car still uses the same seven-speed automated manual transmission. All those who were complaining about the single clutch transmission, Lamborghini found a solution for you. After all, the manufacturer really loves its customers. The transmission has been updated and it is not that much bad as before.

Bad news for those who care about the fuel consumption of the car (well if there are people who even bother about that), the new Aventador S Roadster is still sinful in terms of fuel economy. The fuel rating is 12 miles per gallon. 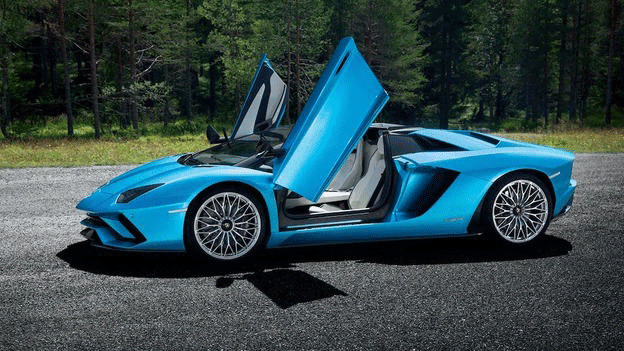 The Lamborghini Aventador S Roadster lies in the same price range as the previous Aventador models. It has a starting price of around $460,247. It is not a little amount of money but everyone who has driven one will proudly say that it is worth every penny. Delivery for the Aventador S Roadster has already started in February 2018 and if you think this will make a great addition to your garage, you can order yours right now.

The car is definitely not for the person who is buying their first car. This is for those who want to live on the edge, for those who are in search of pure driving heaven. Most probably, these people already have some (if not a lot) cars sitting in their garage. Each day, they wake up with one concern, which car should I roll in today. If you want to experience real Lamborghini driving pleasure with the top down, then the Lamborghini Aventador S Roadster is for you.

If you like our article on the 2018 Lamborghini Aventador S Roadster, please share it on any social platform of your choice. It really helps us to keep creating awesome contents for you. Also, if you have questions, tips, recommendation or anything else, feel free to write it down in the comments section and we will try our best to reply to all of them. Don’t forget to subscribe to our newsletter for hot supercar related news and also to be the first one to know when we upload a new blog.