This isn’t one of those videos where a neglected car that had been collecting dust and grime for years on end is rescued by an enthusiast. Instead, the BMW M3 E90 painted in Melbourne Red Metallic looked great even before professional detailers applied their knowledge and skills to freshen up the sports sedan.

We not only get to see the experts at work but also learn quite a lot about what it takes to perform a wheels-off detailing job. Pan The Organizer along with Matt Moreman from Obsessed Garage invested no fewer than 10 hours in this project at the latter’s garage in Helen, Georgia. The car belongs to Esteban, the lucky subscriber of Obsessed Garage’s channel who had his prized possession meticulously detailed by the pros. 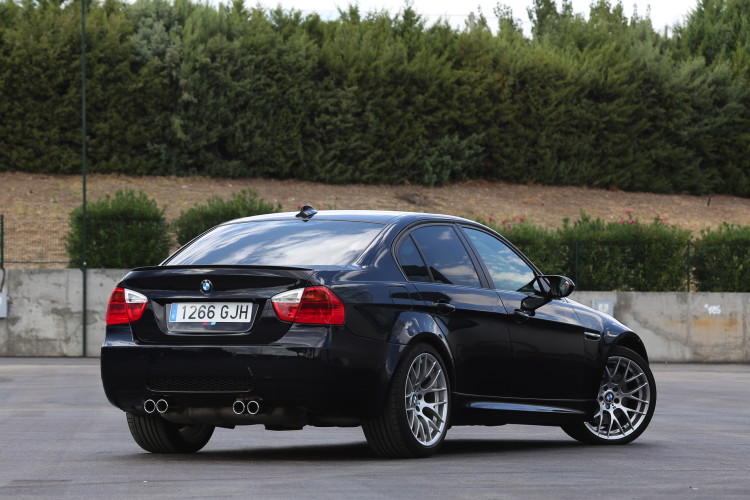 The 43-minute timelapse video takes us through the whole process, which included washing and applying a protective coat on the wheels. The engine bay where the naturally aspirated 4.0-liter V8 “S65” calls home was cleaned as well, while the body was decontaminated and polished before applying a ceramic coating.

This highly educational video should prove to be quite helpful to those who are determined to keep their cars in pristine condition. Needless to say, you’ll be needing quite a lot of special tools to get the job done, but these are well worth the investment as the M3 E90 looked great in the end. You’ve probably noticed the car has gone through some modifications. For example, the OEM wheels have made way for a white custom set from Volk Racing.

In addition, the front end hosts a prominent spoiler lip while the rear boasts a large trunk lid spoiler and a subtle roof edge spoiler. The M3 appears to be sitting closer to the road than the original, which suggests the suspension has been modified as well.