Future F1 retiree Sebastian Vettel says he would “seriously consider” a one-off return to Formula 1 if he was given a chance to race again at Suzuka.

Vettel will sail off into the sunset at the end of this season to greener shores. He will therefore enjoy one last appearance this weekend at his “favourite track on the calendar”.

In Thursday’s media conference, Vettel was asked if he would accept an offer to race at Suzuka in a different category, such as Super GT or Super Formula.

“I guess they are racing [Super GT and Super Formula] in Suzuka as well,” said Vettel, a four-time winner of the Japanese Grand Prix.

“I don’t know. Never say never. It is a great track for many many reasons, and yeah, who knows what the future brings.

“Obviously I love driving and I think around this track I always felt very alive and the passion felt or feels very very alive.

“So yeah, we will see what type of car maybe in the future will come up.”

“Maybe if one of these guys in the future races here, feels a bit sick… I don’t know – I don’t wish them to feel so – but I wouldn’t mind jumping back in for a race at Suzuka at any time.

“But yeah, obviously we will see what the future brings. At the moment I have no plans but I think there are some exciting races happening in Japan and we’ll see.” 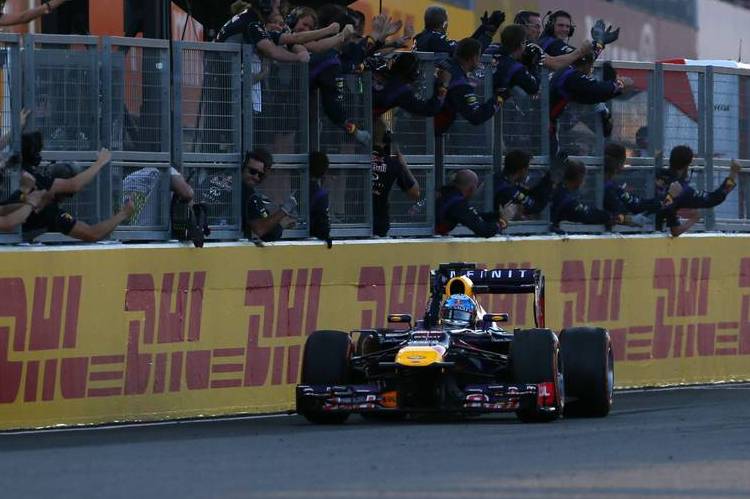 Vettel conquered the last of his four wins at Suzuka with Red Bull in 2013.

Save for an appearance at next January’s Race of Champions event, Vettel has yet to chart his course in his life after F1.

But up until Thursday he had given no indication whatsoever that he would be interested in a return to F1. However, opportunity makes the thief.

“One race, one-race career in the future,” Vettel replied when asked if he was serious.

“Yeah, if anybody is happy to sign up a driver for a single race. I’m sure those guys wouldn’t be happy to step aside but that would be something I’d seriously consider.”

When the curtain closes on his career as a Grand Prix driver in Abu Dhabi next month, we will have perhaps not seen the last of the good Mr. Vettel in F1.