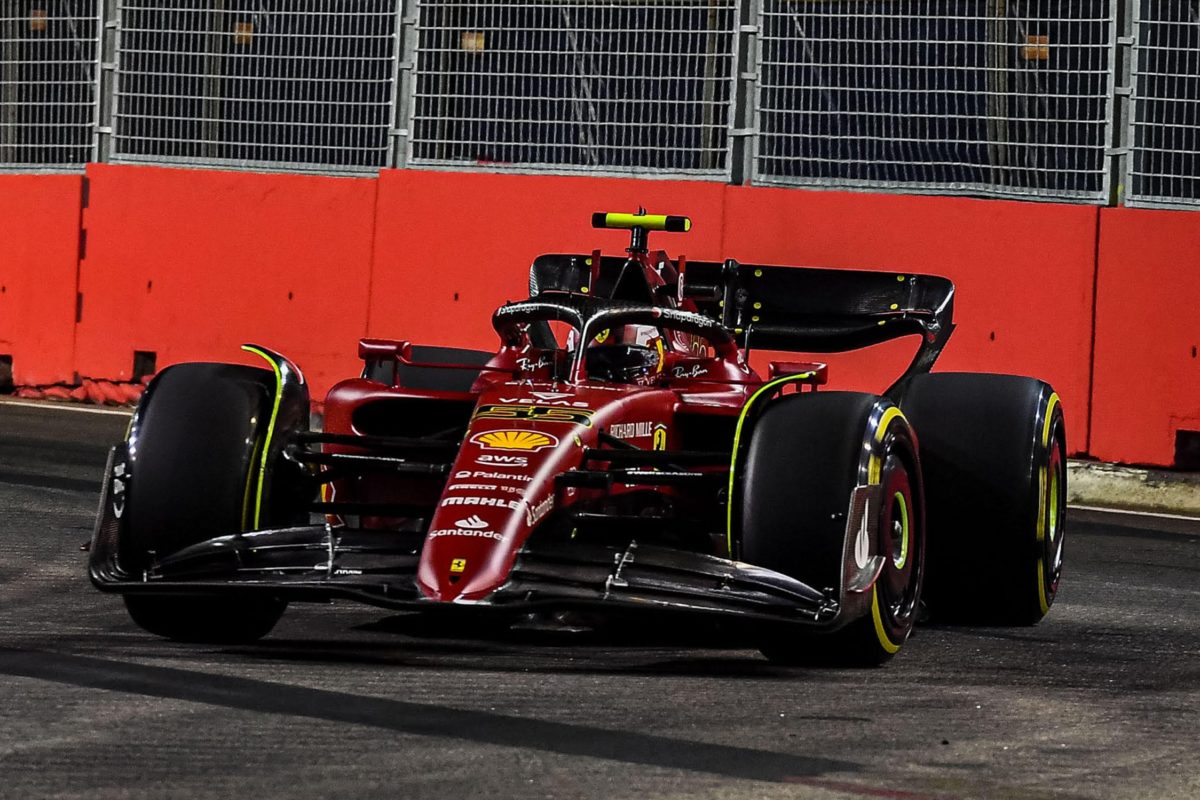 Sainz was 0.2s quicker than his team-mate, with George Russell the leading non-Ferrari driver in third.

Max Verstappen was fourth but only completed eight laps in the session, with Lewis Hamilton fifth in the second Mercedes.

Whereas Free Practice 1 has seen most every driver out on track early, it was a slower start to proceedings in the day’s latter affair.

Indeed, Leclerc had not even climbed aboard his Ferrari when the session started and was in no rush to do so even as the early minutes ticked by.

On track, Hamilton was again showing pace, as he had done earlier in the day, logging a 1:44.091s on a set of medium tyres.

He headed team-mate Russell who’d recorded a 1:44.661s, though found himself demoted to third after 10 minutes when Fernando Alonso set a 1:44.615s.

Sebastian Vettel and Kevin Magnussen both had off-track excursions, the duo each taking to the escape roads though neither finding the wall.

Nor did Russell, who almost repeated his Free Practice 1 faux pas at Turn 11, this time stopping just short of the tyre barrier.

Sainz had a spell at the top of the timesheets briefly before Hamilton returned to the top by 0.042s with a 1:43.668s.

The Ferrari driver went quickest again after 20 minutes, managing a 1:43.231s on a set of medium tyres.

It was only then that Verstappen emerged from the Red Bull garage for the first time, the Dutchman one of three drivers yet to set a time.

The others, Leclerc and Sergio Perez, had their cars on stands with no suggestion an appearance on track was imminent for either.

Perez only made his way on track with 32 minutes remaining, immediately opting for the soft compound rubber.

That became seventh best when Valtteri Bottas managed a 1:43.431s on a set of soft tyres, marking the beginning of the qualifying simulation phase of the session.

Times dropped rapidly as a result, Sainz lowering the session best to 1:42.751s to be fastest from Russell by 0.160s.

Hamilton slotted in third, just over 0.2s further back, while Leclerc managed fifth with his first run out of the shed.

With 20 minutes remaining, Pierre Gasly pulled into the pits where he jumped clear of his Scuderia AlphaTauri, the airbox showing tell-tale signs of fire.

Indeed it had been alight, a flash fire breaking out on the airbox above Gasly’s head as he was being pushed into the garage by mechanics.

The Frenchman jumped clear without issue while a fast-acting Aston Martin mechanic extinguished the fire.

Gasly was soon back out on track, a set of medium tyres fitted to his Scuderia AlphaTauri and would end the session 14th fastest.

Also back out was Verstappen, who’d completed just a single run earlier in the 60-minute outing, improving from 15th to fourth with two minutes remaining, splitting the two Mercedes in the process.

The session ended with Sainz fastest from Leclerc, Russell, Verstappen, and Hamilton.

Then came Esteban Ocon from Bottas, and Alonso, Perez, and Lance Stroll rounded out the top 10.