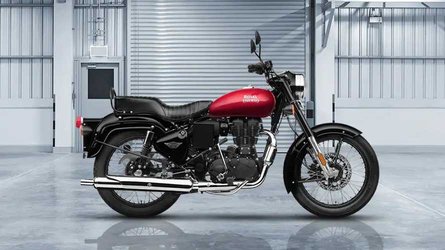 Royal Enfield has certainly been killing it with its current model range. First introduced as global models in 2017, the Continental GT and Interceptor 650 propelled the once obscure Indian motorcycle manufacturer into global stardom. Now, just half a decade since, the brand has become synonymous with value-for-money, retro-inspired offerings.

Apart, of course, from the brand’s flagship 650 series, it also recently reinvigorated its 350 range of bikes starting off with the Meteor 350. Making use of the brand’s J platform, the Meteor serves as the perfect gateway drug for motorcyclists looking to get a taste of the cruiser lifestyle, but not quite ready to commit the big bucks for heavyweight, high-displacement cruisers. This bike was followed shortly thereafter by the Classic 350, a model that was a modern-day revival of the bike that made Royal Enfield such a loved brand in India.

Much more recently, Royal Enfield flipped the script with its 350cc model range by introducing the Hunter 350. Although powered by the same engine as the Meteor and Classic, the Hunter featured much sportier ergonomics and an urban-scrambler vibe that set itself apart from the rest of the 350 class. This time around, Royal Enfield shows no signs of slowing down, as it’s hotly speculated that the company is working on yet another revival in the 350cc class; the Bullet 350.

Indian automotive and motorcycling publication Gaadi Waadi recently posted a reel on Instagram showing the next-generation Bullet 350 undergoing testing on public roads in India. The motorcycle’s general appearance and profile have been closely matched to the current model , however, a few subtle yet noticeable alterations have clearly been made. The circular tail lamp has taken the place of the angular tail lamp, while the seat and grab rail designs are somewhat different and appear more sophisticated. In addition, the new model’s round headlight has a flatter appearance than the bulging lens of the old one.

The upcoming Bullet will undoubtedly be built on the new J platform from Royal Enfield, which has a new dual-cradle frame and a 349cc air/oil-cooled engine that produces 20 horsepower and 19 ft-lbs of torque in the Classic and Meteor 350. To give a safer, more pleasant ride, the wheels, suspension, and braking system are also anticipated to be upgraded from those seen in the previous model.

WorldSBK hits Portimao for final Euro round of the season