Touted as being as a “re-edition of a legend,” the M4 CSL isn’t necessarily about the absolute top speed. Still, an electronically governed 191 mph (307 km/h) is a more than respectable velocity for a vehicle primarily intended to be fast around a track. It is the quickest production BMW to lap the Nürburgring, having completed a lap of the famous Green Hell in 7 minutes and 20.207 seconds. Nevertheless, in the age of YouTube, people want to see performance cars being pushed to the maximum.

AutoTopNL delivers that kind of content as has access to most new toys. The time came for him to get behind the wheel of the new M4 CSL, one of the only 1,000 units BMW plans to make for the entire world. It has the standard Frozen Brooklyn Grey metallic paint we’ve seen in all the official images and at the Goodwood Festival of Speed, but customers can also opt for Alpine White or Sapphire Black. The two-seat Competition Sport Lightweight was driven hard on an unrestricted section of the Autobahn.

It managed to complete the sprint from 62 to 124 mph (100 to 200 km/h) in 6.84 seconds, virtually matching the M8 Gran Coupe with its bigger and more powerful V8 engine. Flat out, the M4 CSL managed to reach 192 mph (309 km/h), which is a smidge higher than what BMW claims. However, modern speedometers have the tendency to show slightly higher speeds than the real ones. 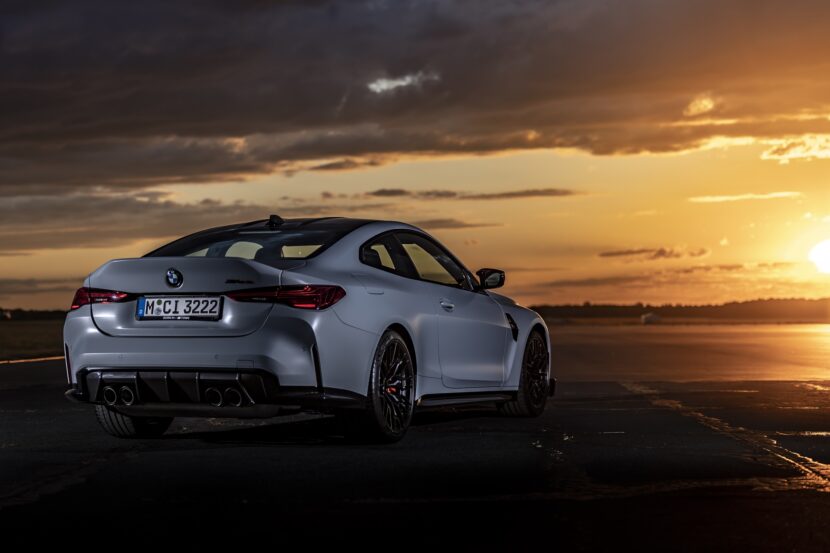 Naturally, the driver – who happens to own an M3 G80 – says the suspension feels substantially stiffer compared to an M4 Competition. He also praises the carbon ceramic brakes and compares the car to an M5 CS without carrying around all that extra weight. Let’s keep in mind the engineers at BMW M have removed 100 kilograms from the M4C while adding 40 horsepower in the process.

A softer CSL is due to arrive at some point in 2023 when BMW will use the CS badge once again, not just for the M4 but also for the M3. Before that happens, M will kick things up a notch in terms of performance coupes with the retro-flavored 3.0 CSL confirmed to have a manual gearbox and even more power.