Daniel Riccardo faced an uphill battle from the outset at Spa relative to McLaren teammate Lando Norris, with the Aussie running an older-spec, higher drag rear wing on his MCL36.

McLaren implemented several upgrades on its car ahead of the Belgian Grand Prix weekend, and one updated element included a Spa-specific low drag rear wing.

Unfortunately, the team only had two such wings in its cases and Norris was the logical recipient of the element.

“On Daniel’s side, we had an issue with the latest rear wing and we only had two for this event here,” explained McLaren team boss Andreas Seidl.

“So we had to go back to an older rear wing, which meant slightly more downforce and therefore a bit less top speed, which wasn’t what we wanted to run, clearly.”

Ricciardo qualified P11 on Saturday but advanced to P7 on Sunday’s grid following an array of engine-related grid demotions.

With three-quarters of the race consumed, the Aussie appeared to have stabilized his position just inside the top-ten. But he emerged P15 after his final pitstop and then locked on to a train of cars that he unable to overtake, due in part to his lower velocity on the straights.

“We simply just weren’t quick on the straights,” said Ricciardo.

“I had to put a different wing on because our race-spec one had a bit of an issue. I knew it would hurt us on the straights with more drag.” 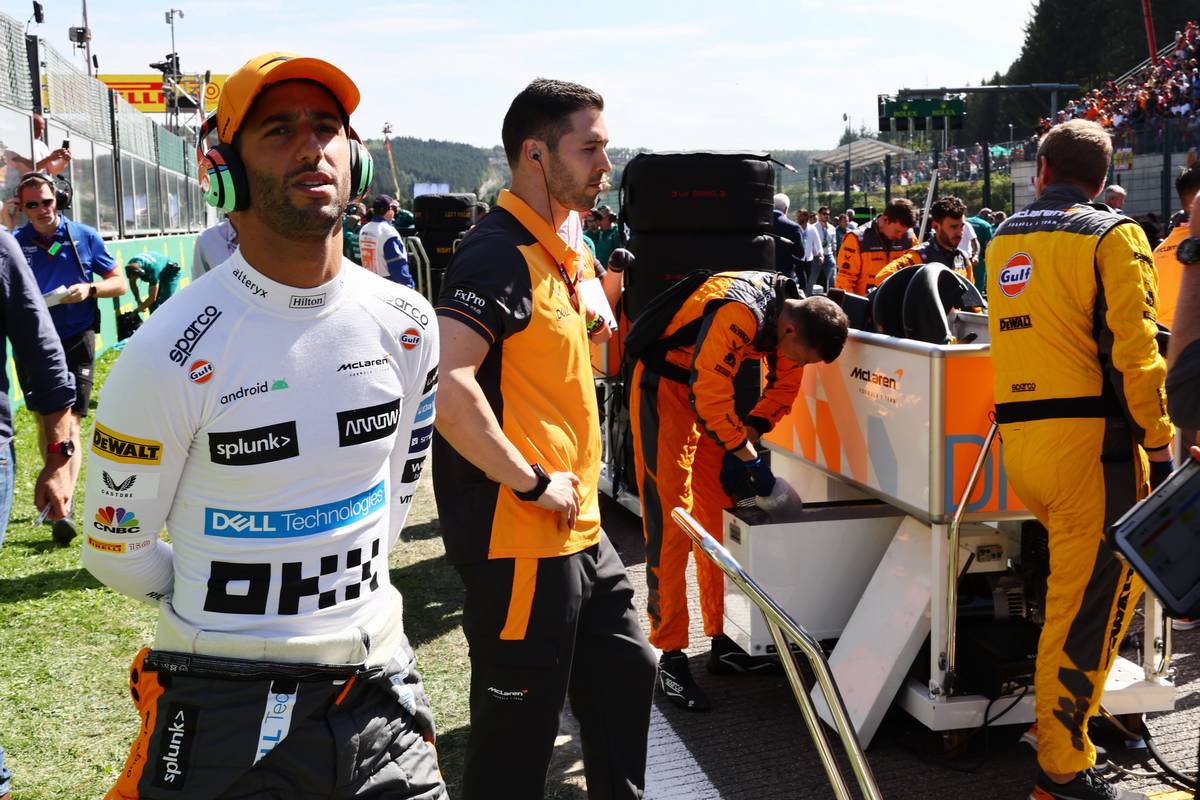 Ricciardo confessed that his predicament led to a long afternoon during which his only chance of moving forward rested with a mistake by one of his rivals. But that never came.

“I saw ahead that I wasn’t the only one struggling to pass on the straights but I had speed to use in the second sector. But the first and third sector, even with DRS, I couldn’t pass.

“It was a pretty long and frustrating race, I felt like we were waiting for a mistake. I said on the radio ‘I’m trying but unless they make a mistake in front, it’s literally impossible to pass’.”

“The good thing about this year is you can race closer, but the bad thing is the tow effect is smaller. So actually on a track like this it felt like it made overtaking more tricky.”

The post Ricciardo weighed down at Spa by older-spec rear wing appeared first on F1i.com.