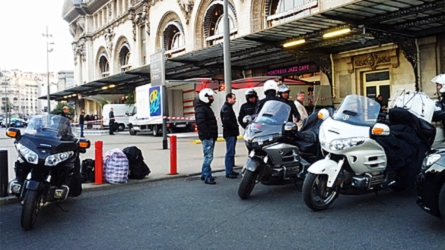 It’s “done,” for now. The French government has officially repealed the decree for mandatory two-wheeler technical inspections back in July 2022. However, that doesn’t mean that the file won’t be revisited.

Since it’s been a while since we’ve covered this topic, let’s get you up to speed. Since 2014, the European Union (EU) has been meaning to implement mandatory technical inspections, which raised the eyebrows of motorcycle associations and groups across the EU, France included. For the country, the tipping point came about in 2021, when the French government announced plans for compulsory motorbike technical inspections that would start in 2022. However, the plans did not fall through.

Meeting stiff resistance from French motorcycle associations and groups, the plans were put on hold and pushed back to 2023 where a progressive implementation was in order, only to be suspended indefinitely.

Now, the decree has been shelved entirely, repealed to be exact with the file suspended with no definite timetable announced. Transport Minister, Jean-Baptiste Djebbari assured that alternative measures will be put in place and that there will be no periodic checks.

So is it done? Not really. For now, nothing is set in stone, and the repeal doesn’t mean that technical controls will be forgotten entirely. A new decree must be published and according to Le Repaire Des Motards, two options are possible with one being a new periodic control with the implementation in October or one with the implementation of additional measures promised by the French government. Le Repaire Des Motards goes on to say that they’re more in favor of the second option.

The issue is still not resolved as of now. A new decree could be in the works and set for publishing soon.

Kawasaki Officially Launches The W175 In The Indian Markert