The only part of a car that touches the road (under normal circumstance) is the tire. So how much extra performance can racecar rubber give a normal, everyday car?

As part of its “More Fast” series, the Driven Media YouTube channel is looking to find out. Attempting to get a Subaru Impreza WRX Wagon to go as fast around a track as a Lamborghini Murcielago, they’re modifying the car one part at a time to see what additions do the most to improve their cheap enthusiast’s car.

In this test, they’re comparing the tires the car came with against three other sets at three different price points to see which is the most worth it. The first is a set of cheap, everyday tire, the second is performance, but still road-oriented tires, and the third set of tires are basically slicks.

Read More: How Much Time Is A Coilover Set Worth For A Second-Gen Impreza WRX Wagon?

Still road legal, the Nankang track tires have nearly no tread, nearly no tread depth, and cost about 2.5 times as much as bargain-basement tires. How much time can save a driver on a track, then? [Spoilers below].

Starting with the old tires that the Subaru came with, the driver, Scott Mansell, was able to complete a short lap of 58.79 seconds and complained the whole way around that he was either going into corners too quickly or out of shape going around them.

On the cheapest set of replacement tires, Mansell was quicker, but only by 0.24 seconds. Through the lap he complained of many of the same issues and the sidewalls flexed aggressively. He was much more complimentary about the mid-range performance tires, though.

On the Bridgestone Potenzas, he managed a time 57.84 seconds, an improvement of 0.95 over the original tires. Such was their quality that they actually beat the semi-slick tires, which managed a time of 57.90 on their first outing.

Once they were set to the correct pressures, though, the Nankang tires were the fastest overall. With a time of 57.2 seconds, they shaved 1.59 seconds over the old rubber on quite a short lap, an improvement that is exaggerated on longer laps. Depending on your budget and needs, they may be worth it after all, though the team admits that the Bridgestones are likely the ones that make the most sense for the majority of drivers. 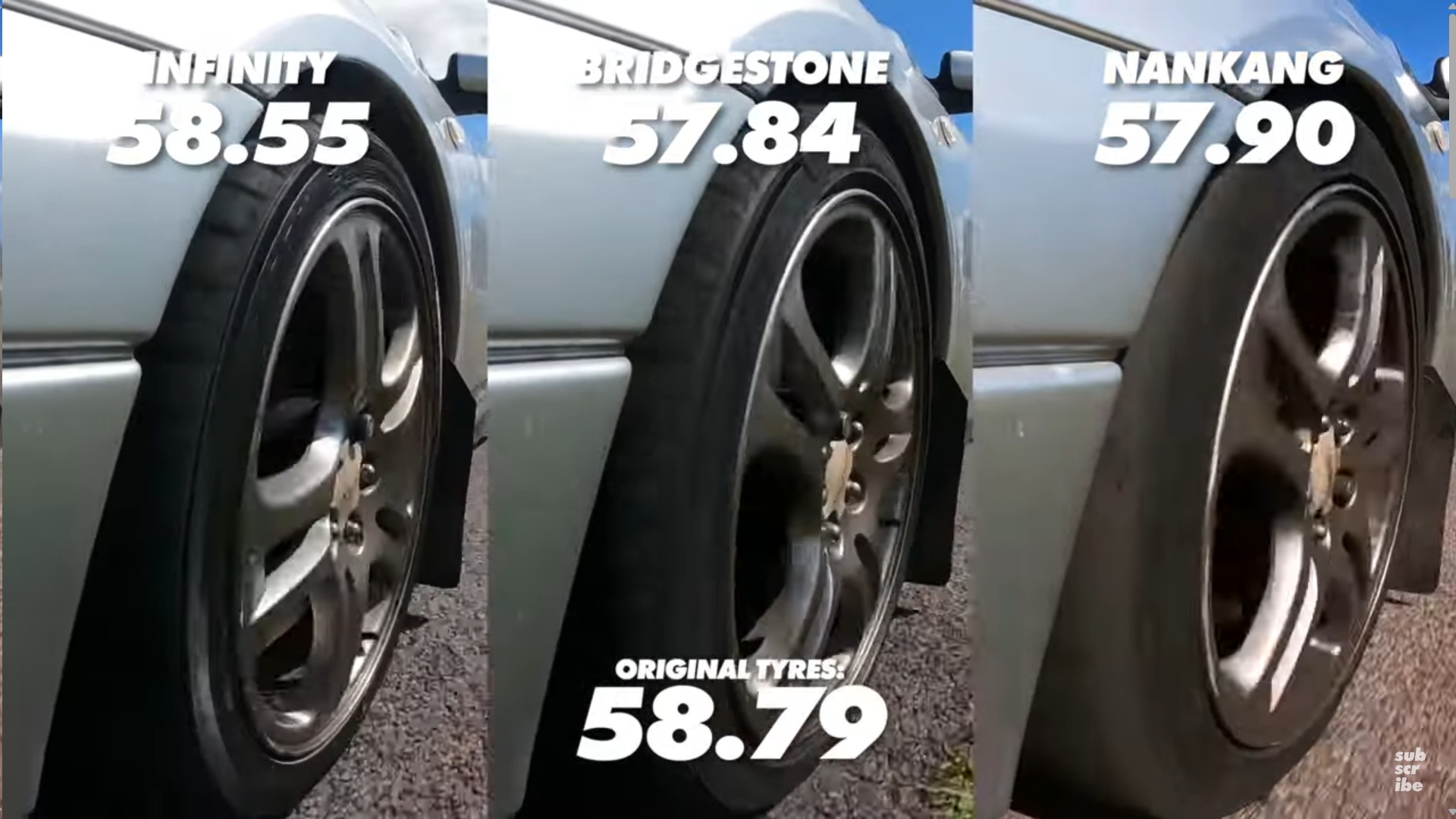 Tesla just gave us a fresh glimpse of its humanoid robot ahead of its big AI Day event. What we know so far about the Optimus project.