This Vauxhall Viva HA is now likely one of the most famous examples of its breed thanks to its appearance on the Discovery TV show Salvage Hunters starring Drew Pritchard and Paul Cowland.

The car isn’t just any old Vauxhall, it was fitted with genuine Blydenstein performance engine modifications in period, significantly improving performance over the standard car. It was also featured in the June 1974 edition of Custom Car magazine.

The Vauxhall Viva HA was developed in the early 1960s and released in 1963, it shared some of its platform with the Opel Kadett A, as both Vauxhall and Opel were owned by General Motors at the time.

Above Video: This clip from the British Discovery Channel TV series “Salvage Hunters” showcases the rediscovery of this Vauxhall Viva, the uncovering of its story, and its final presentation.

The HA Viva was targeted directly at Britain’s best-selling compact cars of the 1960s, vehicles like the Morris Minor, Mini, Ford Anglia, Austin A40, and the Triumph Herald. It would be the first Vauxhall compact car since 1936, three years before World War II, and they knew competition would be fierce.

The HA Viva has a unibody design with a live axle rear end on leaf springs, independent front suspension with a transverse leaf spring, rack and pinion steering, seating for five, and a 1,057cc (64.5 cubic inch) OHV inline-four cylinder engine sending power back through an all-synchromesh 4-speed manual transmission.

At 709 kgs (1,564 lbs) the weight of the Viva was low enough that the 44 bhp engine could get it up to over 80 mph, and cruising on the motorway at speeds over 60 mph was entirely possible depending on how many passengers you happen to have with you.

In 1965 the Vauxhall Viva 90 was introduced, it was powered by a modified engine now producing 54 bhp, thanks largely to a higher 9:1 compression ratio, it also came with came with front disc brakes and a number of other higher-end features.

Beyond the Viva HA 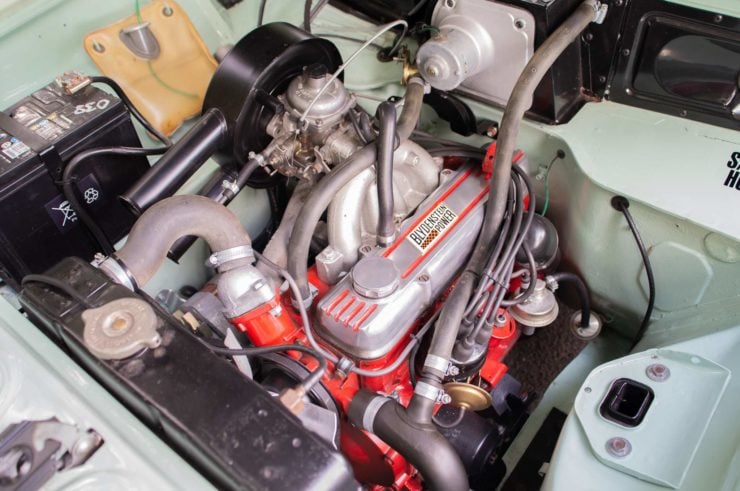 This is the Blydenstein engine, it has a new cam, bottom end work, top end work, a compression ratio of 11.5:1, and it can apparently rev up to 7,000 rpm.

Though they were exceedingly popular cars back in the 1960s very few have survived to the modern day. As with all cars of the era they were prone to rust, and the vast majority of them have slowly been consumed by corrosion in British junkyards.

Surviving examples are now becoming more desirable, particularly the Viva 90 and the Viva Deluxe models, or the much rarer Vivas fitted with Blydenstein performance parts.

Bill Blydenstein became the most famous Vauxhall performance expert in the world in the 1960s and 1970s. He was a Dutch-born aeronautical engineer who had started his motorsport career in the late 1950s as a driver, racing a Borgward Isabella TS that he had prepared himself.

By the early 1960s he was driving for the works Mini team before switching to Vauxhall in 1963 and racing their cars – including the then-new Viva HA. Over the years Blydenstein developed and raced a slew of race-winning Vauxhalls, and by the late 1960s he had switched to preparing the race cars full time for drivers like Gerry Marshall.

In 1971 the Dealer Team Vauxhall (DTV) was founded not by Vauxhall themselves but by a collective of Vauxhall dealers in the UK. They would see a remarkable array of successes including multiple championship wins and 63 outright victories.

The car you see here was customized by Mike Dodson in the 1960s and 1970s, then kept by him for the rest of his life. 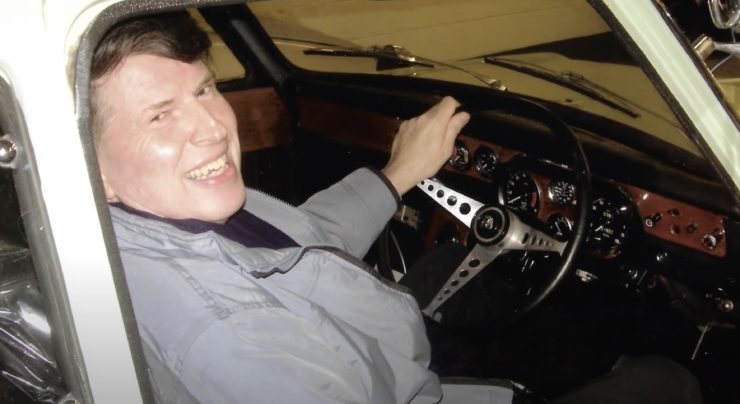 This is Mike Dodson, he was given this Viva HA when it was brand new in 1965 by his mother when he was just 17. It meant to much to him that he lavished it with love, and kept it for the rest of his life.

Perhaps the most important single change he made to the car was the fitment of a high-performance Bill Blydenstein head to the engine which increased the compression ratio to 11.5:1 – a remarkable figure for the time.

The engine is also said to have had balancing and gear/cam work, allowing it to rev to a reported 7,000 rpm and get the car up to over 105 mph – significantly quicker than the 80 mph it could manage in stock condition.

The engine has been fitted with an alloy Blydenstein rocker cover, a twin-branch manifold, and an Abarth twin free-flow exhaust.

The front seats are fully-reclining Contour Microcell units with adjustable headrests, a motorsport steering wheel has been fitted, as well as a roll bar, mahogany wood trim, electric windows, and a slew of other nice touches.

The car appeared on the Discovery Channel show Salvage Hunters and although it was complete it did need a little work to bring it back up to the standard that Dodson had built it to back in the 1970s.

After the car was brought back to good condition by Drew Pritchard and Paul Cowland it was offered for sale, and it’s now being offered for sale in a live online auction on the site Car & Classic in the UK. If you’d like to read more about it or place a bid you can visit the listing here. 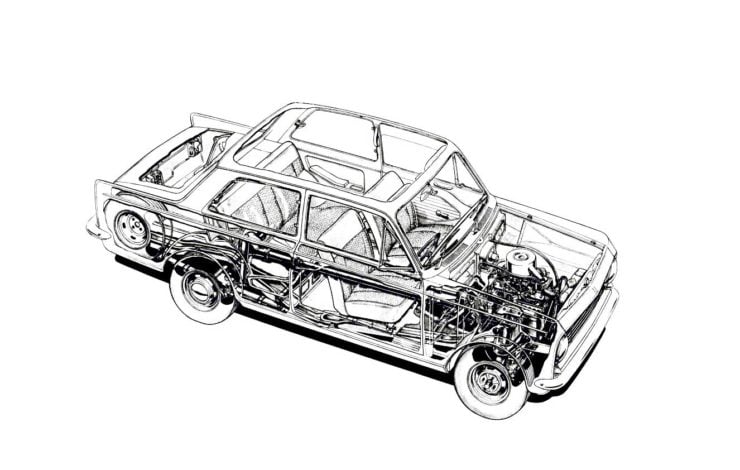 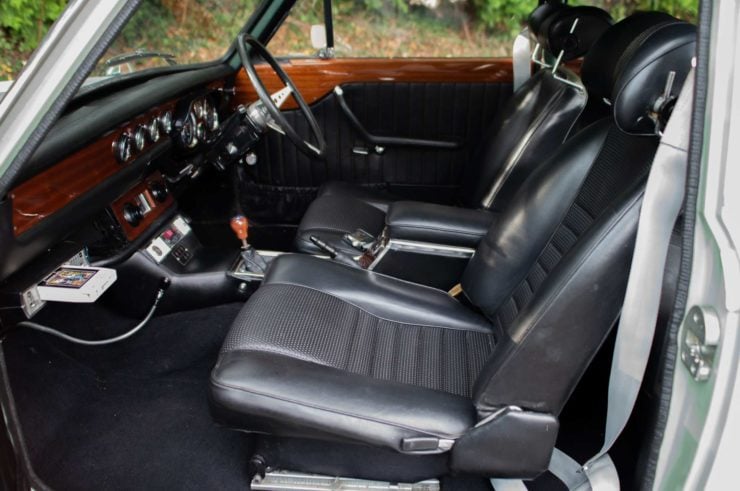 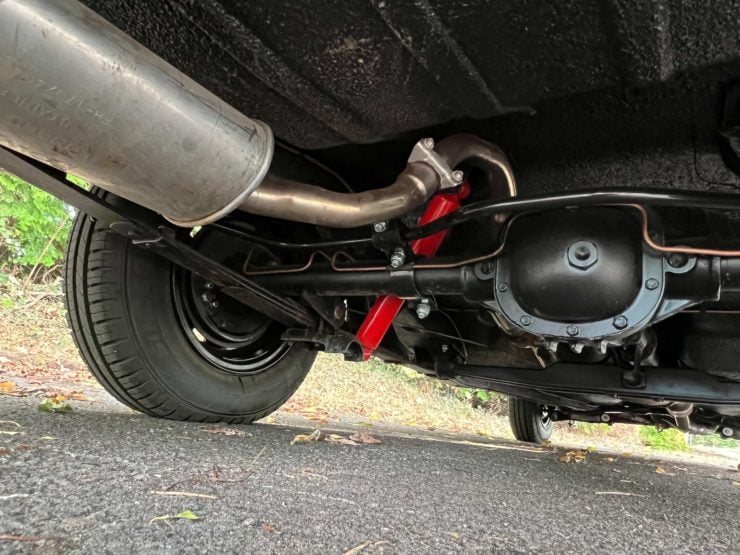 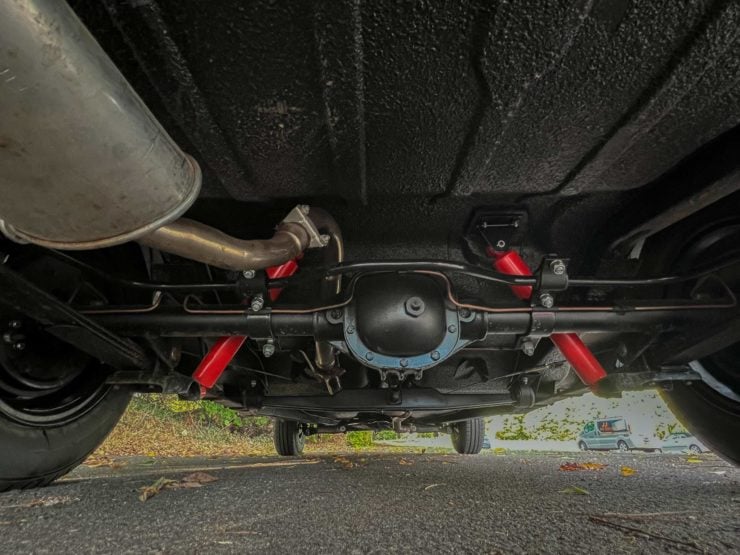 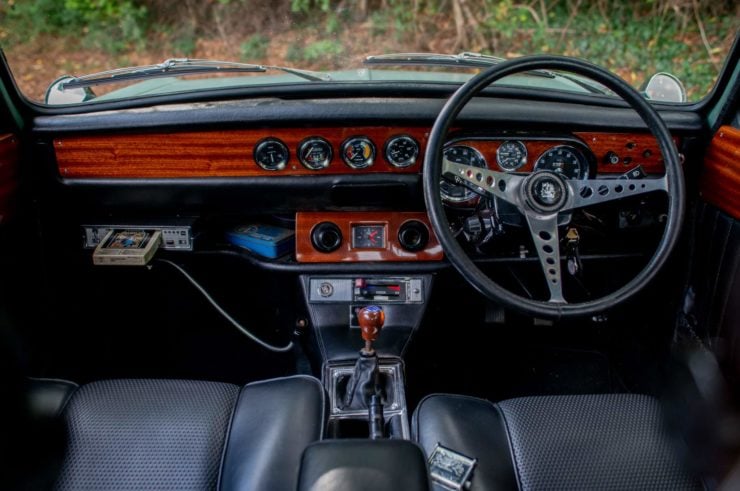 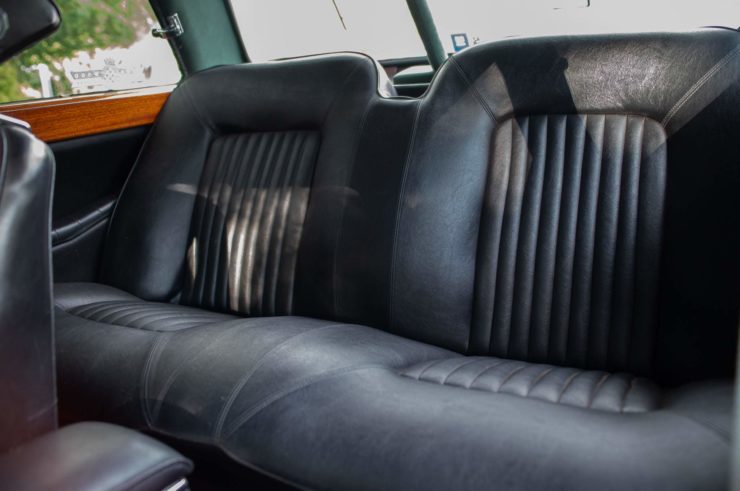 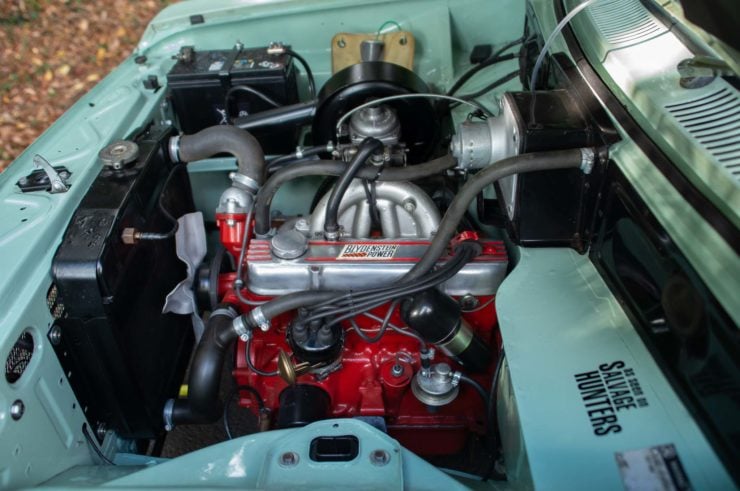 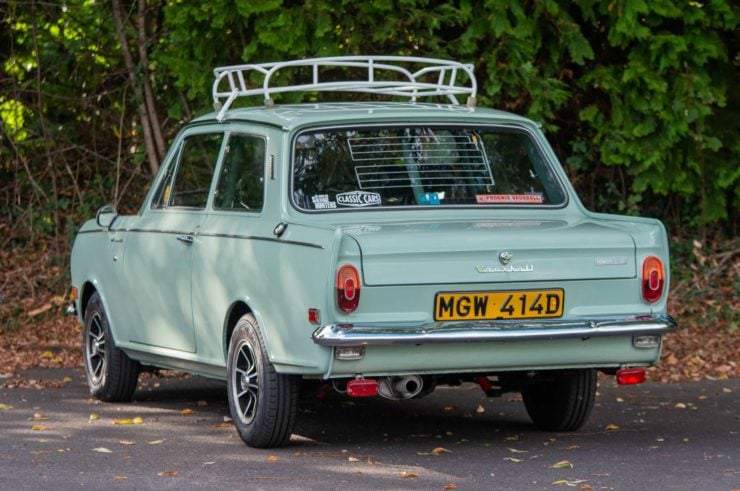 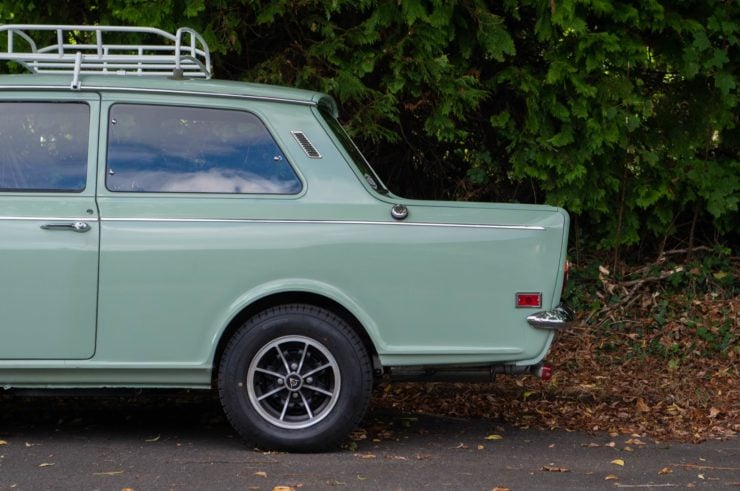 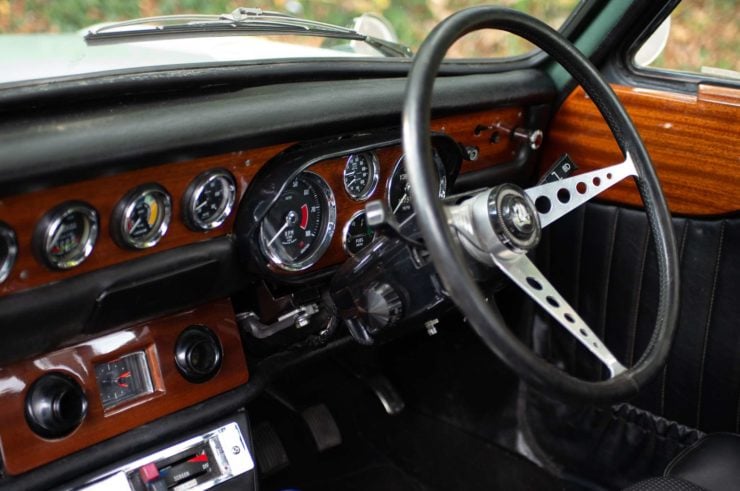 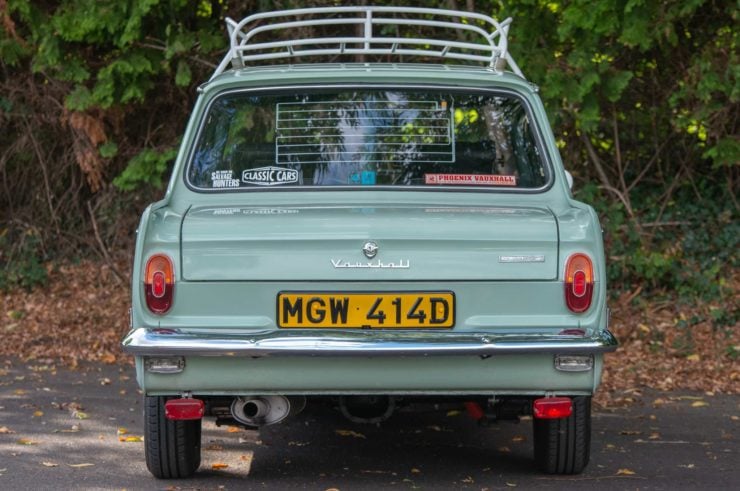 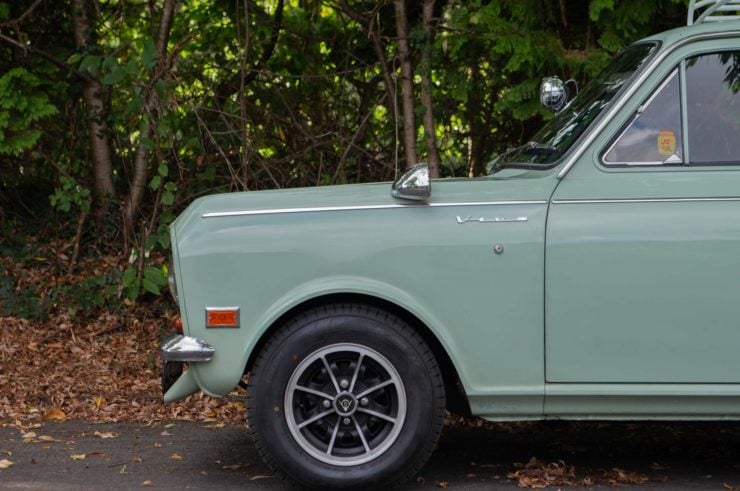 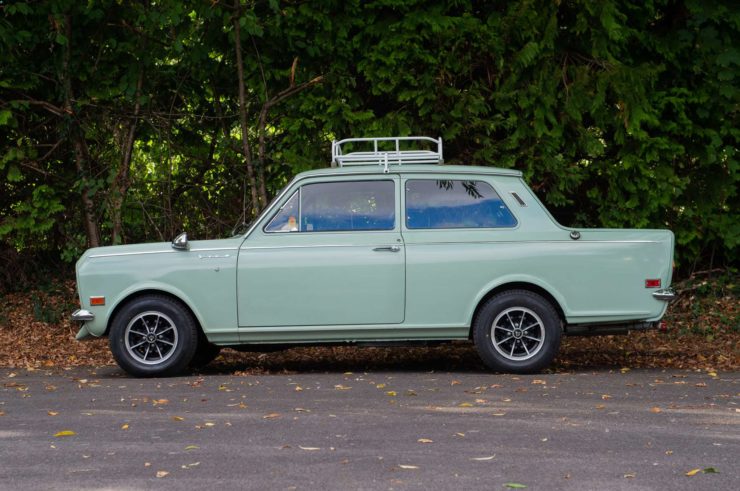 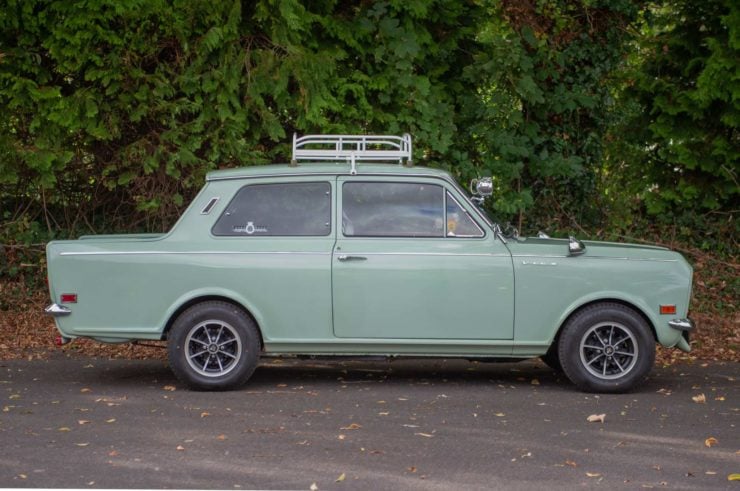 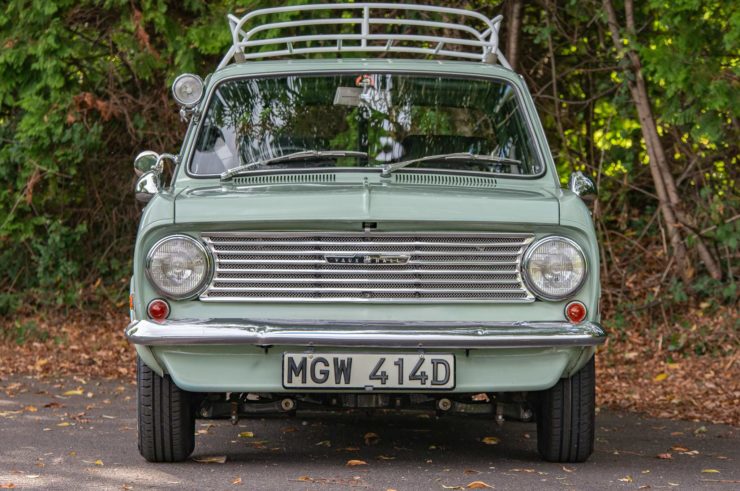 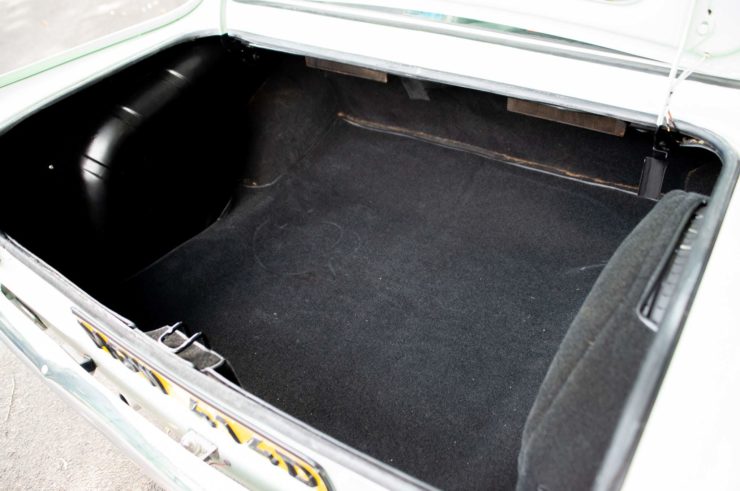