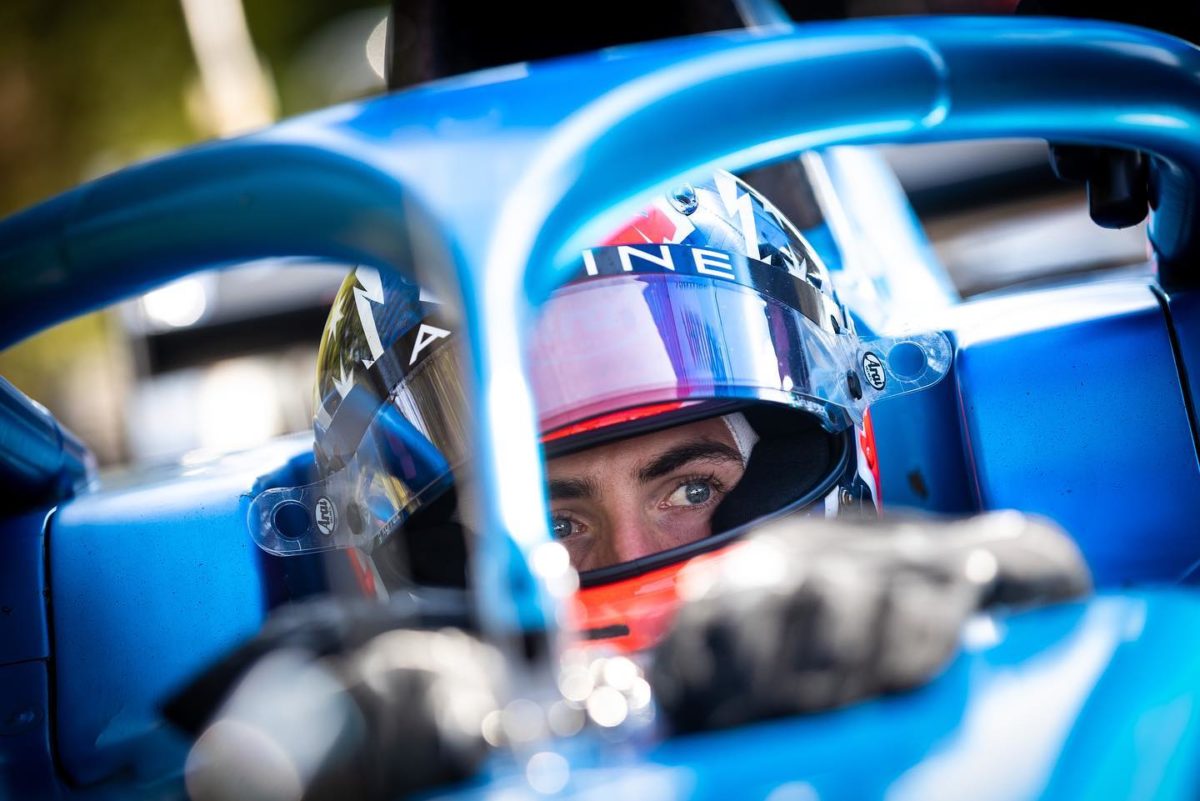 Jack Doohan has claimed victory in the Formula 2 Feature race at Spa-Francorchamps, his first Sunday success in the F1 feeder series.

The Australian rose from fourth on the grid to second at the start, taking the race lead through the pit sequence by undercutting Felipe Drugovich, who held on to finish second.

Beckmann then got through on Fittipaldi into Les Combes to demote the front-row starter to fourth within half a lap.

Out front, Drugovich and Doohan inched away, the pair split by 0.8s but more than a second clear of the pack behind at the end of Lap 1.

Lawson attacked Fittipaldi at Les Combes on Lap 2, the Brazilian skipping over the apex of the left-hander to maintain the place.

Soon after, disaster struck Theo Pourchaire as the field started Lap 3, the Frenchman who sat second in the title fight slowing as he climbed Raidillon.

He limped around to the pits where his race ended, the championship battle swinging heavily in favour of Drugovich, who remained at the front of proceedings.

Into La Source on Lap 5, Fittipaldi slowed to hand fourth place to Lawson, the pair then battling through Les Combes and Malmedy, banging wheels at points, with both somehow surviving, the Red Bull back youngster rising to fourth.

The pit cycle began at the end of Lap 7, with Fittipaldi, Logan Sargeant, Marcus Armstrong and a handful of others taking service.

Lawson headed into the lane next time around, the Kiwi reacting to those who’d stopped the lap prior.

Despite a slow stop, he emerged in front of Fittipaldi, though the cold tyres left him vulnerable through the opening half of the lap.

Fittipaldi attacked into Bruxelles, though Lawson was able to defend that and hold on to the track position.

Doohan stopped from second at the end of Lap 9, as did Beckman.

The Australian emerged well clear of the early stoppers, though both Lawson and Fittipaldi stole the march over Beckman.

At Les Combes, Lawson and Fittipaldi battled once more, the Brazilian bouncing over the kerbs for the second time in the race to gain the position, only to hand it back exiting Jacky Ickx Corner.

Drugovich pitted at the start of Lap 11, losing out to Doohan who used the undercut to move into the effective race lead.

By Lap 13, Doohan had caught Amaury Cordeel, the last of the runners yet to stop, who was in no mood to open the door despite running different strategies.

The exchange cost the Virtuosi driver four seconds and allowed Drugovich to close to within a second.

On Lap 15, the championship leader began to attack Doohan, having a look into Les Combes and forcing the Australian to cover off the move.

The pit cycle concluded on Lap 17, Cordeel the last runner to serve his compulsory stop.

It left Doohan in the race lead over Drugovich, with Lawson third over Fittipaldi.

Richard Verschoor was the first runner on the alternate strategy, having started on the mediums before switching to the softs at his late-race stop.

He enjoyed strong pace, two seconds a lap faster than the race leaders, who were 16s ahead with seven laps remaining.

With five laps to run, the Dutchman had climbed to fifth, which became fourth on the Kemmel Straight on Lap 21.

His charge halted there as his tyre advantage waned, leaving him unable to reach Lawson ahead but quick enough to remain clear of Fittipaldi behind.

Out front, Doohan was in a comfortable lead with a 2.9s advantage over Drugovich as they started the penultimate lap.

Midway around that, the Virtual Safety Car was deployed for Lirim Zendeli, who had stopped at Jacky Ickx Corner – the left-hander before Pouhon.

It was a momentary interruption, though saw Doohan lose 0.6s as he began the final lap.

The Australian held on, winning by 1.8s at the chequered flag from Drugovich, with Lawson a lonely third to complete the podium.

The next of those follows next weekend, with Formula 2 supporting the Formula 1 Dutch Grand Prix.