Firstly – apologies for the lackluster pictures… didn’t have too many opportunities to take pics so this is the best I could do.

Interestingly, this event wasn’t advertised on BMW UDE’s page. On their page the event in Chicagoland that WAS advertised was the one at NOW Arena in Schaumburg, which features the i4 m50 auto cross and some street drives. The event in Joliet on the other hand, aside from featuring those two activities, gave us an extra treat of some lead/follow track time in an M3/M4/M8.

First was a 30 minute classroom session – the instructor was excellent, very enthusiastic. He actually works at the SC performance center. 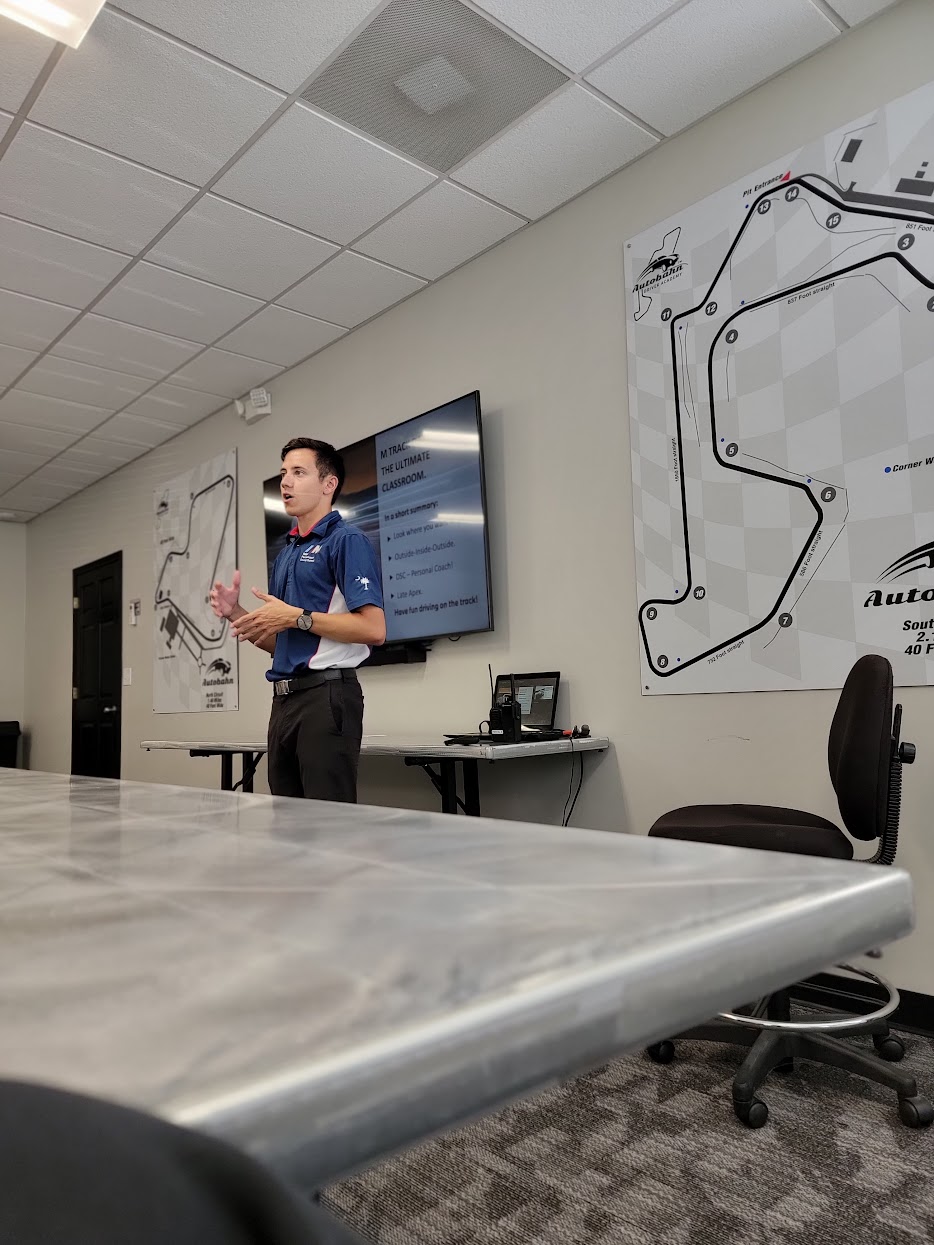 Our group went towards the i4 autocross session first. I’ve test driven the i4 at a dealer before so I was somewhat familiar with what it can do. It’s an impressive car – but I’m still having trouble getting over the EV side of it. It’s so fast but so unengaged. The sounds they have pumped in do help, but you still feel as though you’re hovering through the course rather than driving it. It’s an odd sensation and just not as much fun without the sound, gear shifts, vibrations that go along with an ICE car. Watching from the tent was just sad – imagine golf carts going around a set of cones. Hilariously, anytime an ICE car flew by around the adjacent track, EVERYONE turned their heads (including the instructors) as that was much more interesting than what was going on with the autocross.

That being said if I HAD to pick an EV “sports” sedan, I’d pick this over a model 3 any day of the week. Like I mentioned above, the sounds BMW has incorporated DO help some with the engagement issue (at least way more than the model 3). Build quality is far superior and the interior is very attractive. Unpopular opinion but I think iDrive 8 looks awesome and the curved screen, while could be better integrated, does not look bad at all from behind the wheel. 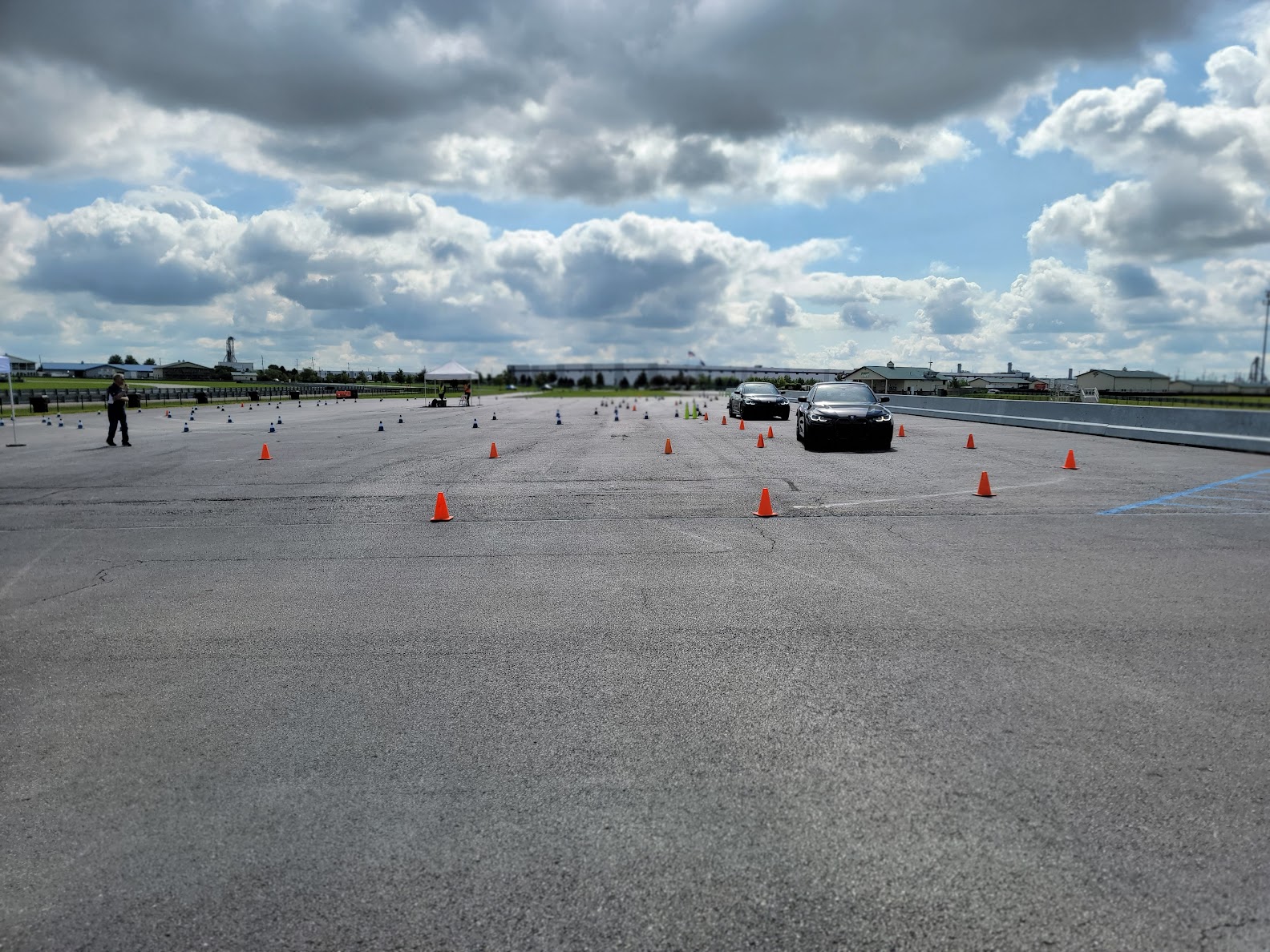 Now for the main event – track time in an M3/M4/M8. It was first come first serve once you got your helmet on, so I rushed to the M3 as fast as I could. This was my first time driving it on a track and WOW what a freaking machine. The cornering ability was insane, the lateral Gs were eye popping, and getting the rear end to kick out a little even with TCS on was a pleasure. The car is SO far superior to my m340i in every conceivable way… especially the cornering ability… it’s really a head scratcher that people still debate if “m performance” cars are considered M cars. (Take it from an m340i owner…. it’s no M car).

Beyond that, the tartufo interior was beautiful, and I’m so glad I have it optioned. The comfort seats were up to the task for track duty… with decent amount of bolstering but also being extremely comfortable. I have driven a G80 with the CB seats before, and while they keep you in place better, I’d get them more for the look than their bolstering.

The 8spd auto comes alive on the track. So much so that the guy sitting with me who tracks his mini on a monthly basis thought it was a DCT. I have noticed instances on the road where it hunts for gears a bit… but WOT on the track, the 8spd auto is a gem. Despite that, I’m still glad I have a 6MT on order… especially since I won’t be tracking. 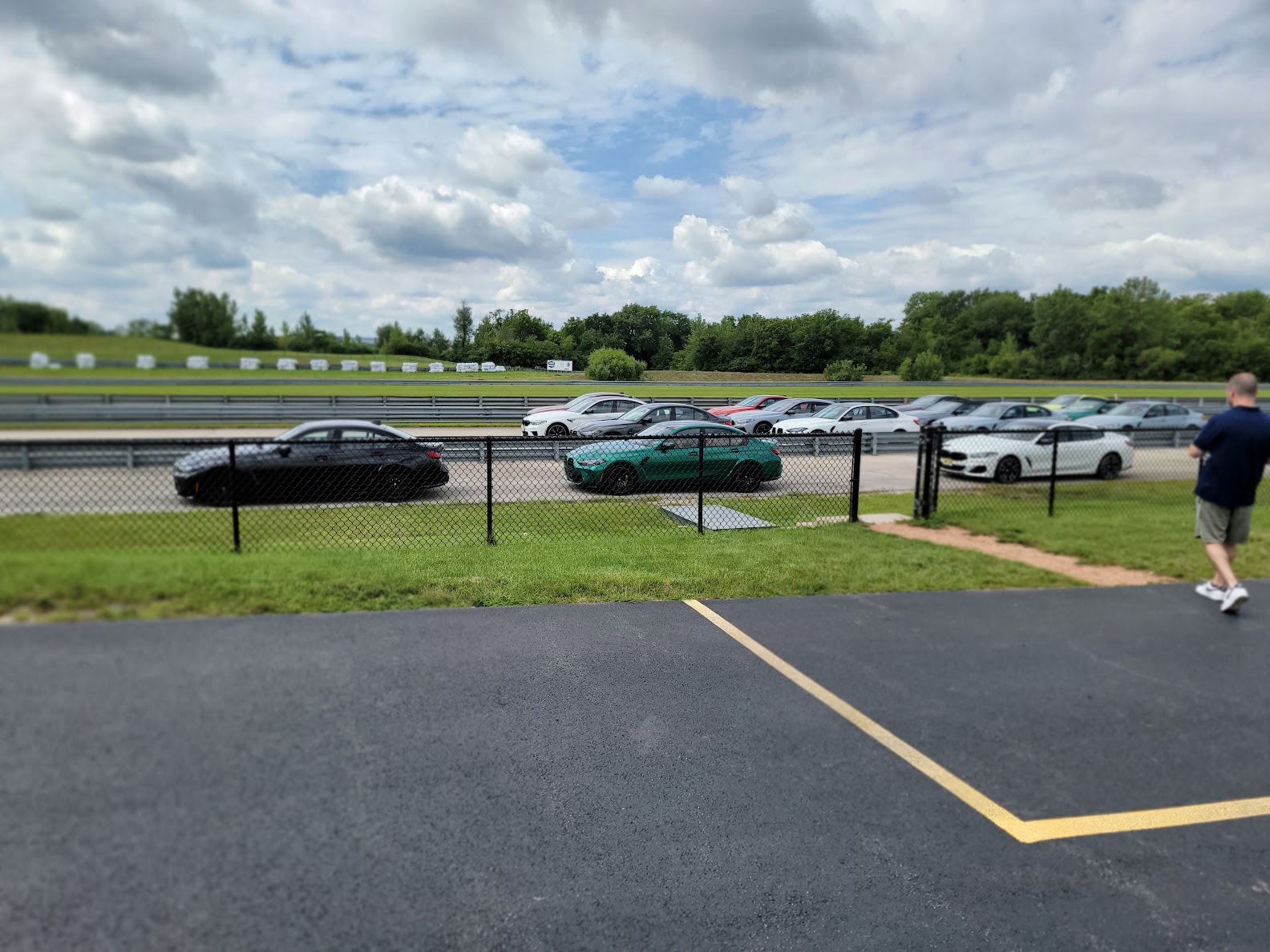 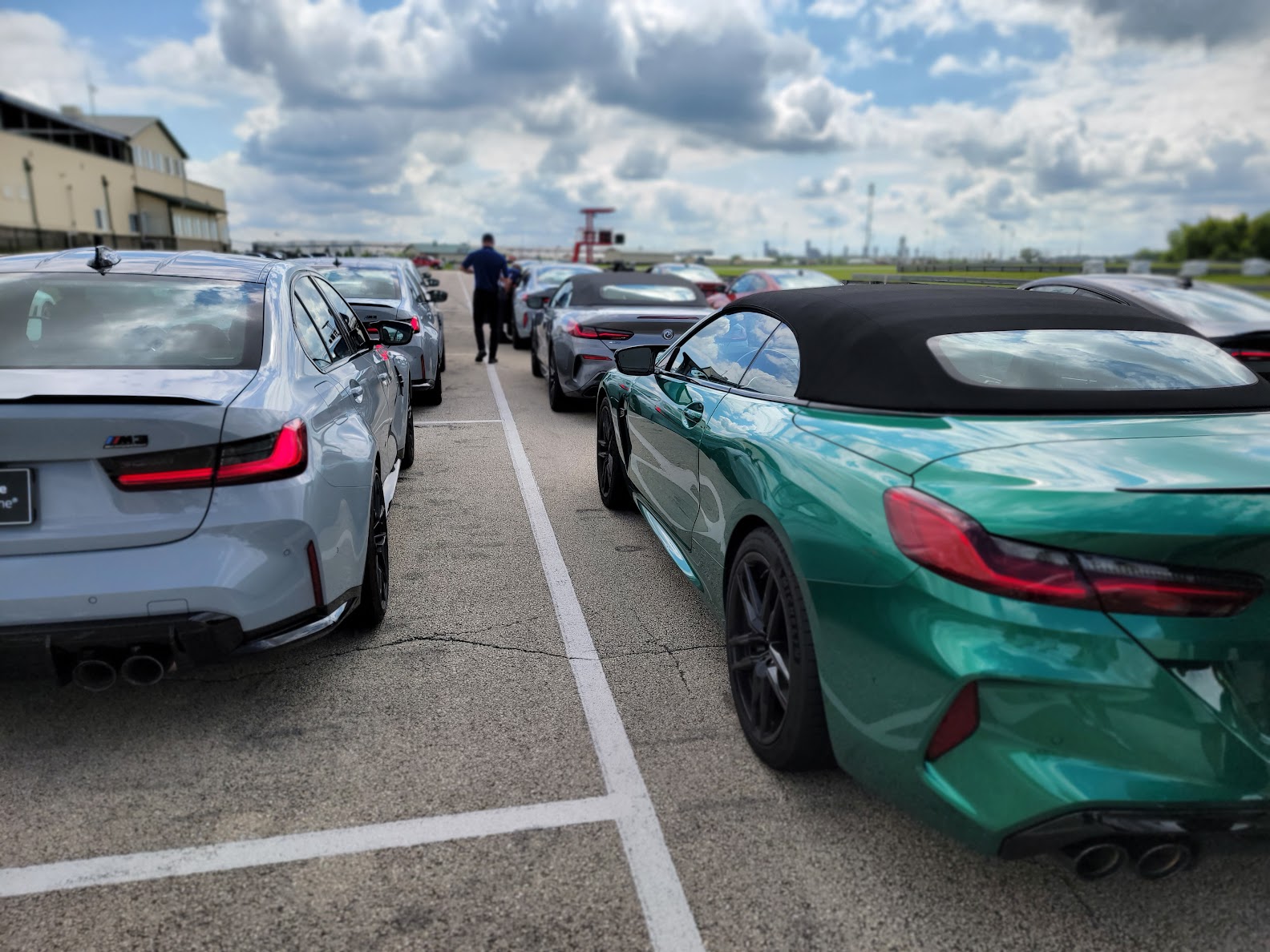 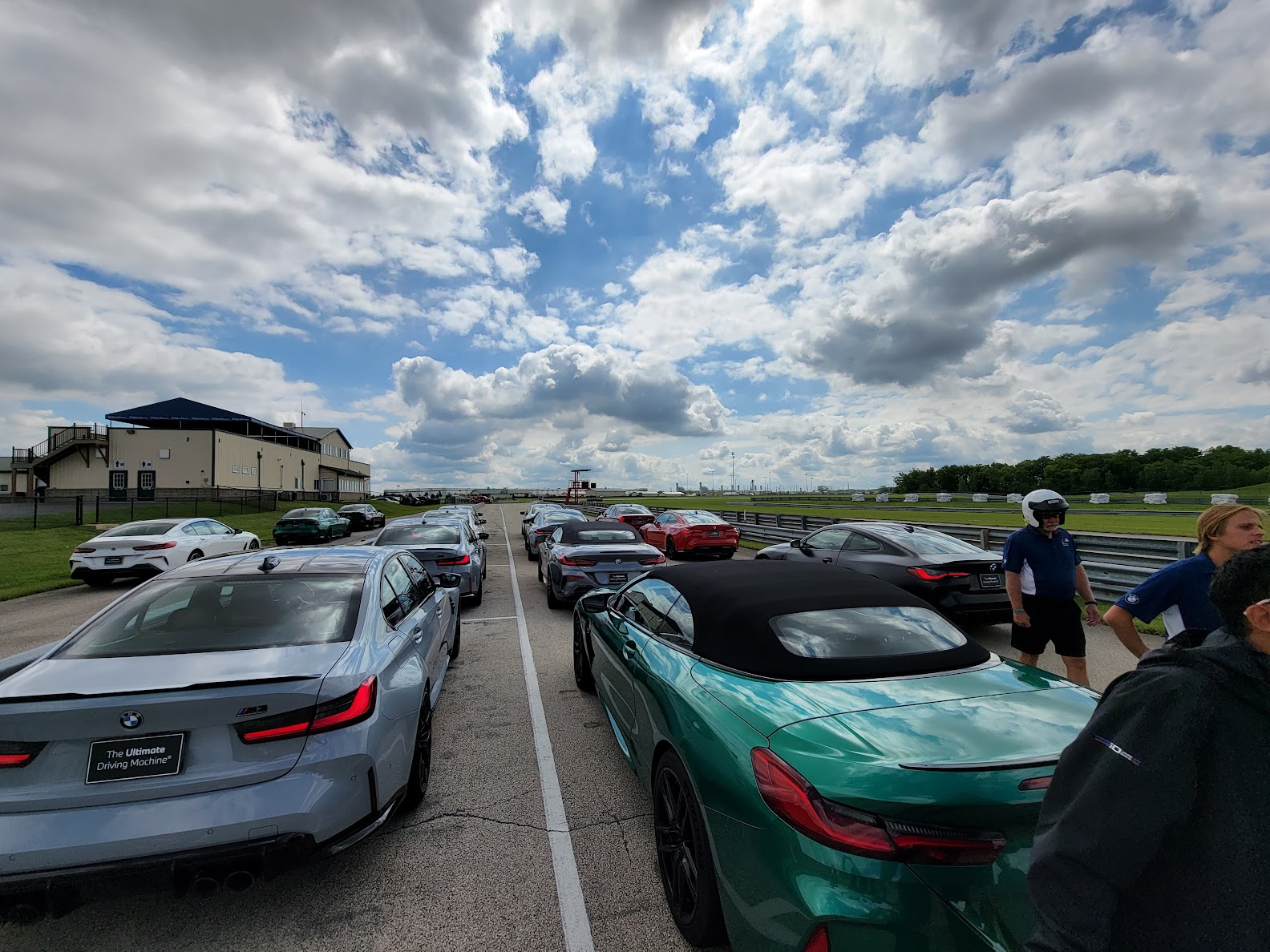 Finally the street drives. They didn’t have a huge selection avaialble… the i4 m50, the iX 50, m550, m440, X5 m50 and x7 m50 (pre LCI). I chose to check out the iX since that’s the only one I hadn’t driven yet. This is where I feel EVs shine – as a family SUV. It’s quick so it’s not bad to drive, and it’s silent and comfortable. The interior was pretty with great materials, and it was just an overall very relaxing drive. Especially after the adrenaline rush of thrashing the G80 on the track

If BMW made a similar 3 row EV SUV, I’d strongly consider that. 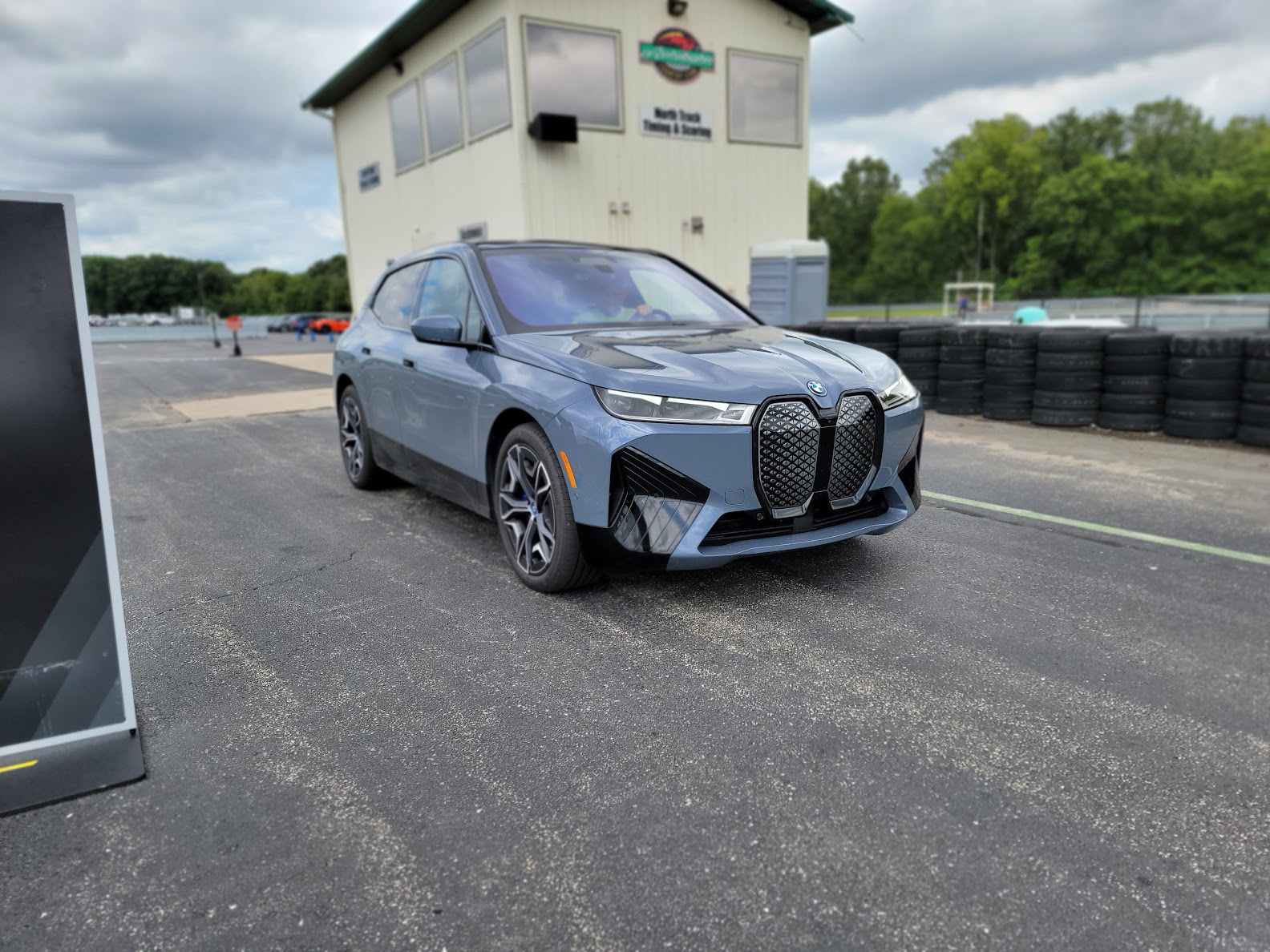