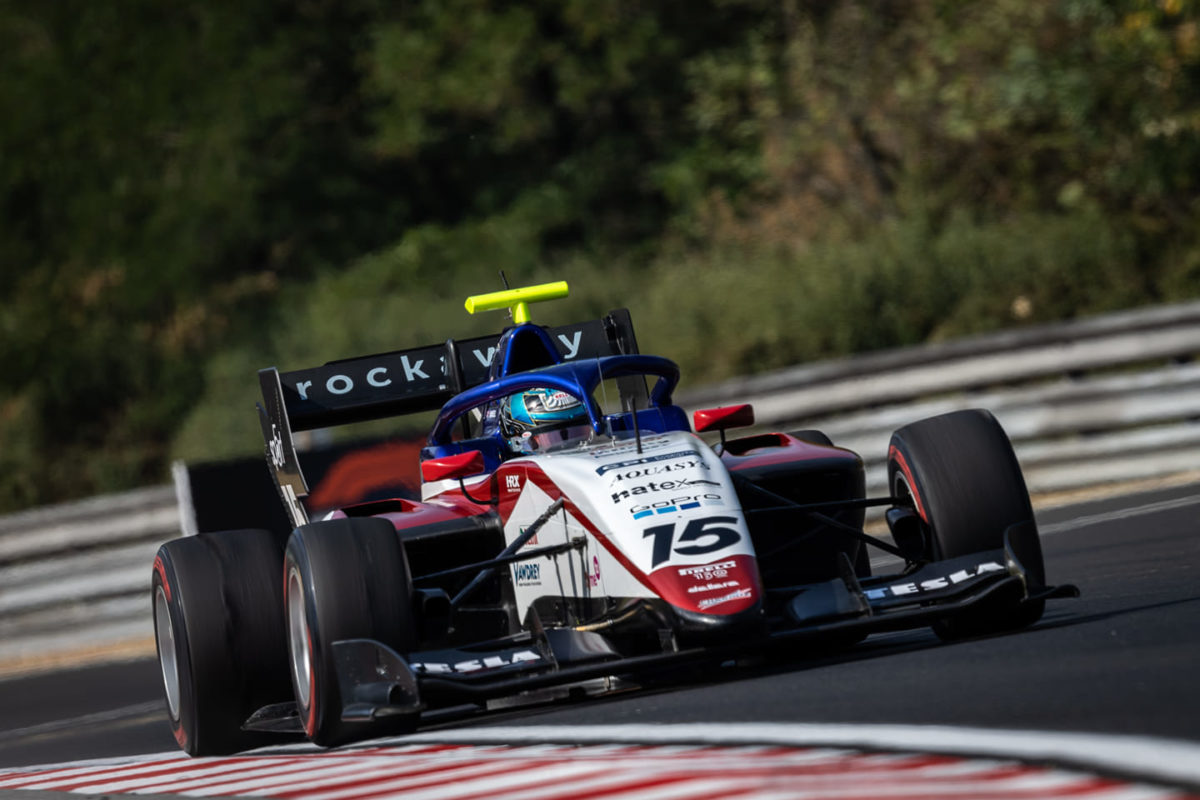 Australian youngster Christian Mansell has confirmed his intentions to step up to a full-time FIA Formula 3 Championship programme next season.

The 17-year-old joined Charouz Racing System for the most recent event, supporting Formula 1 at the Hungarian Grand Prix, the first of two scheduled cameos this season.

His second outing will see him in action next at Spa-Francorchamps over the Belgian Grand Prix weekend at the end of the month.

Speaking to Speedcafe.com, Mansell couldn’t shy away from the implication of the two outings.

“It think it’s obvious,” he confessed.

“What I’m doing is trying to build up as much experience as I can before I kind of hit the ground running in Bahrain – pretty sure Bahrain’s the first round.

“I think it’s very important, what I’ve done [in Hungary] and what I’m going to be doing in Spa, because honestly, if I just went fresh into Bahrain off what I knew at the beginning of Hungary, wow, that would have been this big culture shock because everything’s so structured.”

Mansell is this season competing in the EuroFormula Open Championship, which utilises the Dallara 320 chassis, an older spec Formula 3 car.

While that shares a number of similarities to the latest car used in the Formula 3 Championship, the Dallara F3 2019, there are also some fundamental differences.

There’s also the tempo of the weekend, and the fact the competition consists of a field of 30 versus 16 in EuroFormula.

“If you’re out of sync with everyone else in qualifying, it’s basically ruined,” Mansell noted.

“You’ve got to get the timing right, get everything right, make sure your [tyre] pressures are in, there’s so many more things at your disposal,” he added.

“My engineering came on the radio and was like ‘right, you need to work the brakes more to get more tyre temp,’ and I was like ‘how do you know that!?’.

“So to make sure you get the maximum out of the DRS, you just it hold down in the last corner, and then it opens when you cross the line.”

Technology aside, there’s also a difference in the way the cars produce their lap time, with the F3 2019 producing its performance differently to its predecessor.

“I’m all for more power, I love power, but I think now the biggest change was actually corner speed.

“It’s slower in the corners, but it’s got so much more acceleration, power, torque, everything.

“So whatever it kind of [gives up] in the high speed, it kind of gives back down the straight and in the low speed.

“It’s definitely a rude shock when you go into a high speed corner and the things just kind of moving about on the rear, and you’re like ‘that’s different’.

“And the weight transfer, it’s such a bigger car. It’s just a lot of learning.”

Mansell’s second appearance in the FIA Formula 3 Championship comes next weekend, August 26-28, after which he’ll head from Belgium to Italy, where he’ll race at Imola in Round 6 of the EuroFormula Open Championship on September 3-4.

The 2022 Formula 3 calendar has not yet been announced, but is expected to mirror Formula 1; starting in Bahrain next March before heading to Saudi Arabia and then Australia.