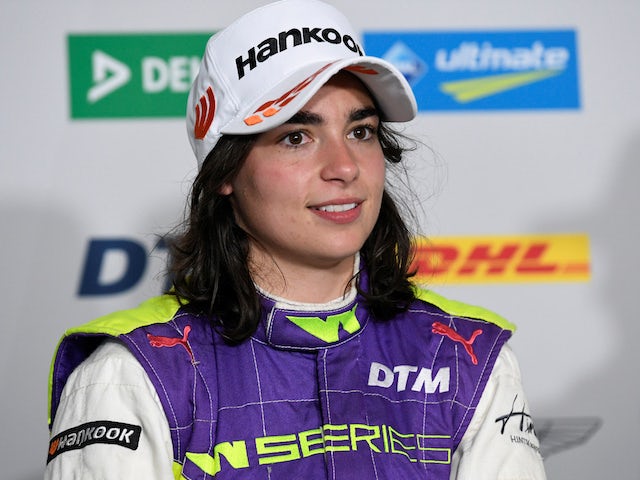 The dominant driver in the all-female open wheeler support category for Formula 1 says she isn’t sure women are ready to take on the men at the pinnacle of motor racing.

The dominant driver in the all-female open wheeler support category for Formula 1 says she isn’t sure women are ready to take on the men at the pinnacle of motor racing.

Much is said, written and promoted about gender equity and inclusivity in Formula 1, but Jamie Chadwick – the two-time W Series champion and dominant 2022 series leader – is doubtful she could keep up.

“I have set myself a goal of competing in Formula 1 but I don’t know what is actually possible,” the 24-year-old British driver said.

“If you are aged 15 or 16 and go into car racing without power steering and driving big heavy cars, a lot of women do struggle even though they have been successful in go-karting,” Chadwick added.

“We like to think that women can make it – and I am happy to be the guinea pig and will do my best to push and explore the options to Formula 1 â but we don’t know,” she admitted.

“There hasn’t been a woman in the recent era that has done it. I am trying to understand whether that is to do with the physical side of it.

“If it is physically too hard but the sport wants women to compete, then we have got to bring it back and understand why.”

Chadwick is already part of Williams’ driver development program, but she thinks actual changes to the cars may be the only way women can compete against stronger and bigger men.

For instance, she says details like steering wheel thickness should be explored.

“How can we make them thinner because women’s hands are not necessarily that big?” said Chadwick. “How can we make sure there are no restrictions on how close the pedals are so you can get the right leverage?

“And some of the newer tubs in the cockpit are really narrow. Women with bigger hips can’t fit into them comfortably. A lot of these things have been overlooked for obvious reasons but now we need to see whether that does make a difference to performance.”