BMW’s electric journey kicked off at the 1972 Olympic Games in Munich where two 1602 Elektro-Antrieb (Electric-Drive) sedans were on display looking virtually identical to their combustion-engined counterparts. However, gone was the ICE as the EV duo used a dozen of 12V lead-acid batteries that weighed 350 kg (771 lbs) to feed a Bosch-developed electric motor producing 32 kW peak and 12 kW continuous power.

The Varta battery pack gave the 1602e a maximum range of roughly 60 kilometers (37 miles), which was less than ideal even by early 1970s standards. The rear-wheel-drive electric sedan wasn’t particularly quick either, needing eight seconds until 31 mph (50 km/h) on its way to a maximum speed of just 62 mph (100 km/h).

Although the 1602e never made it to production, it did show the world BMW was already experimenting with electric cars well before the now-defunct i3 launched more than four decades later. To mark half a century since the EV’s official debut, a light show was organized at the company’s headquarters, which coincidentally was also completed 50 years ago. 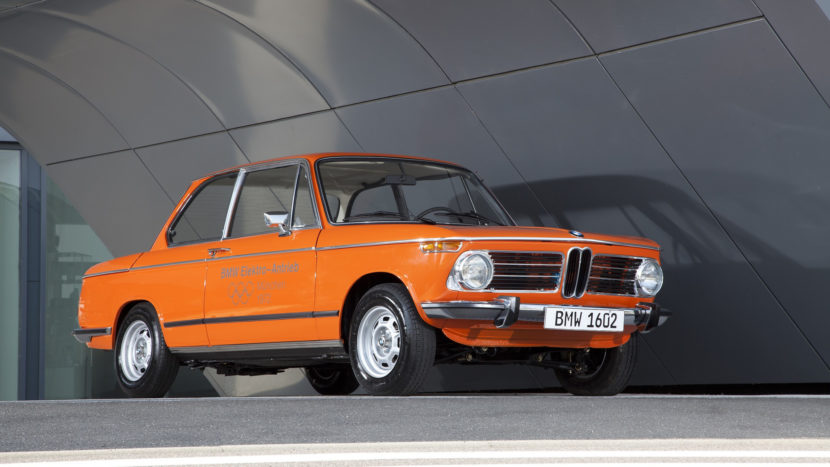 The light show was part of the official ceremony of the European Championships in Munich, which are regarded as being the biggest sports event in Germany since the 1972 Summer Olympics we mentioned earlier.

When you think about it, the 1602e received a spiritual successor earlier this year, but only in China. The i3 is an electric conversion of the 3 Series Sedan, which replaced the 02 Series in the mid-1970s. Known as the i3 eDrive35L, it rides on the same CLAR platform as the gasoline- and diesel-fueled 3er and is the first 3 Series ever to have air suspension (rear axle only).

A globally available 3 Series EV will follow in 2025 with the arrival of the Neue Klasse platform, which will also underpin the next-generation iX3 crossover. It won’t spell the end for the combustion-engined 3 Series and X3 as both will stick around for many years to come and will peacefully coexist with their electric equivalents.

Why buy a BMW Heritage motorcycle in Southern California?

Tesla just gave us a fresh glimpse of its humanoid robot ahead of its big AI Day event. What we know so far about the Optimus project.

Geely Wanted to Buy All of Aston Martin, Settles for 8 Percent