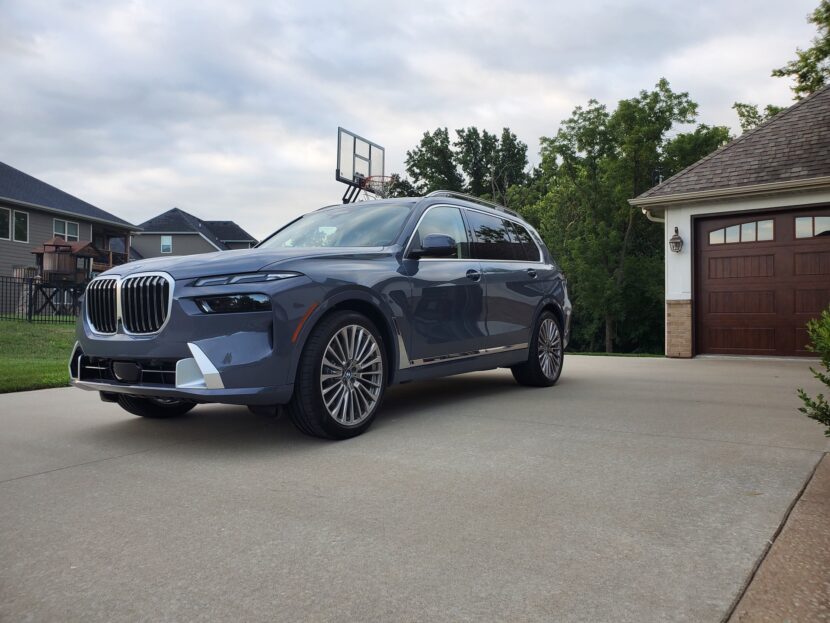 Impressively, the mild-hybrid setup in the X7 xDrive40i model can actually drive the car under electric power only at very low speeds. BMW doesn’t say what sort of speeds but don’t expect anything faster than parking lot speeds. The B58-powered X7 xDrive40i makes 380 horsepower and 383 lb-ft (520 Nm) of torque, but it can be boosted to 398 lb-ft (540 Nm) of torque, with some temporary help from the hybrid motor. BMW claims a 0-60 time of 5.8 seconds. All BMW X7 models are paired with an eight-speed automatic and xDrive all-wheel drive, but that sort of goes without saying at this point. 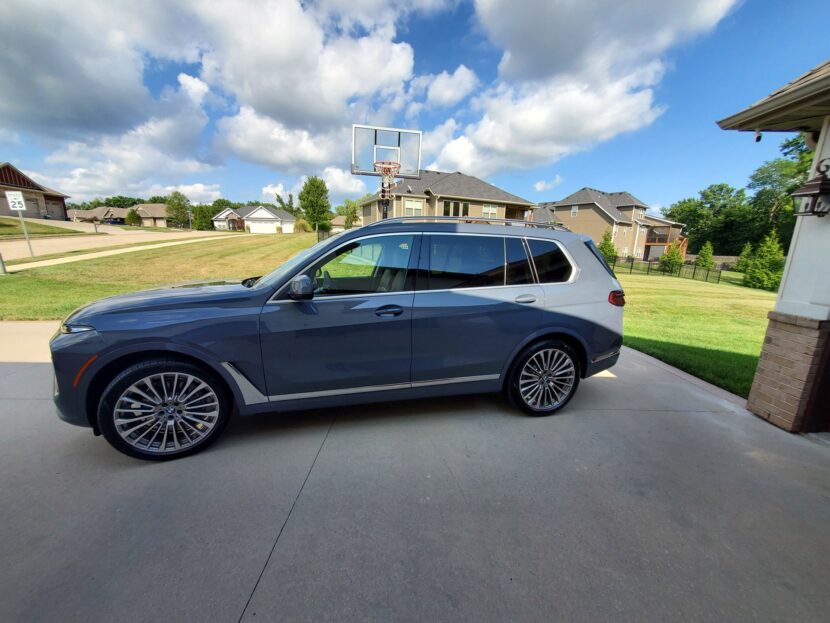 Standard on all X7 models will be two-axle air suspension and electronically adaptive dampers. As with the current X7, the air suspension can raise the ride height by up to 40mm, to improve ground clearance for any soft-roading it might do. Or it can lower the ride height by up to 20mm, giving it a sportier, more athletic stances. The latter of which will happen automatically if speeds go above 86 mph (138 km/h). There are four different off-road driving modes, which will adjust the ride height and suspension accordingly; xRocks, xSand, xSnow, and xGravel. 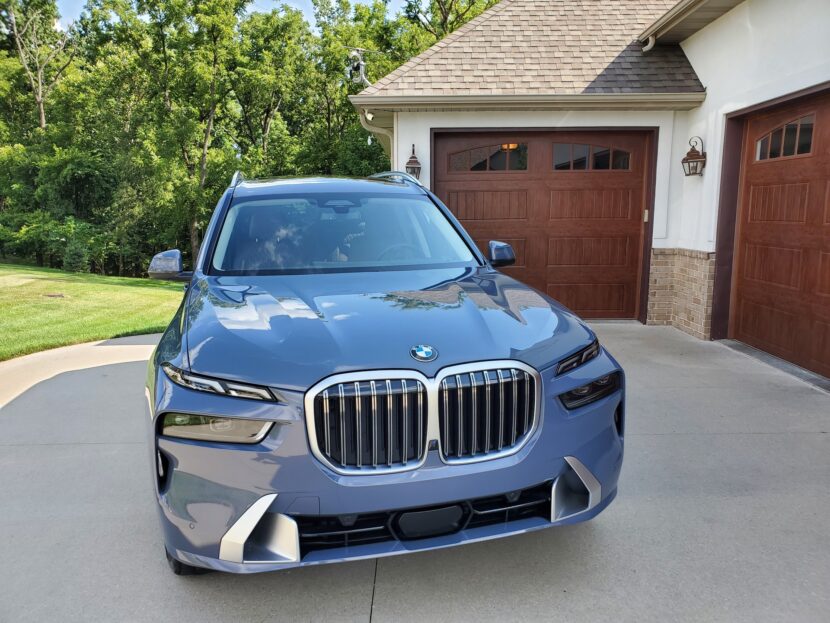 Of course, the biggest story with the BMW X7 facelift is the redesigned front-end and interior layout. With most BMW LCI updates, you get some new headlights, maybe a tech upgrade inside, and some new color options, but it’s mostly the same car. This new BMW X7 LCI, though, is so comprehensively updated that it feels like a different car altogether. Its entire front end is different, its user interfaces inside the car are different, and its engines have been completely overhauled.

The headlights are now split into two halves, upper and a lower. The upper half features a modern, slimmer take on the signature dual-halo BMW headlight design, by offering two slim, upside down hockey stick LEDs. Additionally, the X7 Facelift gets an optional illuminated kidney grille , just like the X6 and upcoming 7 Series. 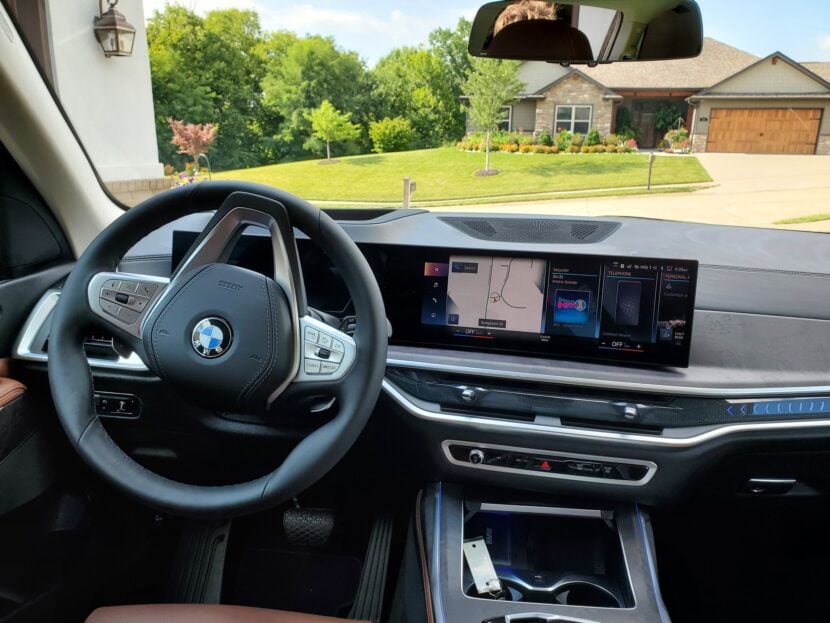 Inside, the BMW X7 Facelift gets the massive new iDrive 8 screen, borrowed straight from the BMW iX. Not only is it the same screen but it’s implemented the same way, with a floating design, so it now hangs over the expansive piece of wood trim on the dashboard. In the photo gallery below, you get the chance to see some real life photos of the 2023 BMW X7 Facelift: