Times have changed and the auto world has come a long way from the early days of clunky, three-speed automatic transmissions to the almost imperceptible shifts in modern six, eight or even 10-speed setups–but the question remains; which is more fuel-efficient?

Certainly in those early days the automatic transmission was far less fuel-efficient than the manual option but, over time the gap started to come down as the gearboxes themselves were vastly improved. Today, while that gap is almost infinitesimal, a true automatic is probably still marginally less efficient than a manual.

A reason for the difference came from the fact that automatics use a viscous, fluid coupling that allows the transmission to slip when the vehicle is stationary, to prevent stalling. However, that same coupling actually harms efficiency at higher speeds.

Today’s automatics tend to have more forward gears than manual transmissions do. Those extra gears help the engine deliver the same power to the wheels while working at a lower engine speed, which saves fuel.

In days gone by, with a manual transmission, the driver depressed the clutch, selected a gear and released the clutch. The car would remain ‘locked’ in that gear until the driver physically changed to another gear. However, the rapidly increasing popularity of automatic transmissions meant carmakers had to become wizards at working with the technology as well as developing new technologies aimed at making the vehicles more fuel-efficient.

One of these is automated manual transmission (AMT). This is sometimes called a semi-automatic gearbox because it marries the clutch and gears of a manual with a set of actuators, sensors, processors and pneumatics.

The driver does not have to do anything–the system operates the clutch and selects the right gear for the driving situation (although the driver can elect to operate the gears manually).

While operating like an automatic, an AMT gearbox offers the same fuel-saving benefits as a traditional ‘stick shift’ transmission.

However, when comparing fuel consumption figures on paper, always remember the final decider will be the way you actually drive the car. If you drive a manual and keep the car in gear at a traffic light, riding the clutch to prevent rolling backwards or forwards, your fuel consumption will suffer.

Equally, holding it in gear until maximum revs just because it sounds good, is going to hammer those fuel figures. Rapid acceleration followed by hard braking (robot racing) is also harsh on consumption as well as your car.

An automatic gearbox takes away some of those bad driving habits. And, even if you are a much more conservative driver, the modern automatic can still make changes faster and more efficiently than you are able to with a manual shift.

Also, do not deactivate the auto Stop/Start if your vehicle has that option fitted–it uses less fuel than when the engine is idling.

Out on the highway automatics, especially those with seven or more gears, can find the optimum operating slot using the lowest needed revs to achieve the maximum fuel efficiency.

Motor manufacturers are doing all they can to make cars more fuel-efficient and the developments in gearbox technology clearly show this.

So, which option uses less fuel–manual or AMT?

Modern automatic transmissions have come a long way and can deliver the same fuel economy as a manual.

What determines the fuel efficiency of your car is the way in which you drive with current automatic gearboxes equal to, or better than, manual transmissions. Follow some simple driving style tips to achieve the best economy possible. 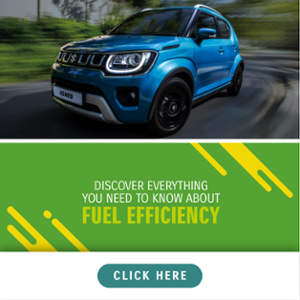