Sebastian Vettel says he “felt like a five-year-old again” when he took to the track last weekend at Silverstone for a demo run onboard Nigel Mansell’s 1992 championship winning Williams FW14B.

Vettel acquired the famous ‘Red Five’ active suspension machine in 2019 at a Bonhams auction where the car went under the hammer for a cool £2.7 million!

However, the four-time world champion only got a chance to drive the Williams recently during a shake-down session for last Sunday’s demo run at the British Grand Prix.

On the day of his 35th birthday, Vettel entertained the British fans and himself on Sunday morning at Silverstone with a few demo laps conducted at a reasonably good pace.

He then brought the car to rest at the feet of its original driver, a delighted Nigel Mansell. 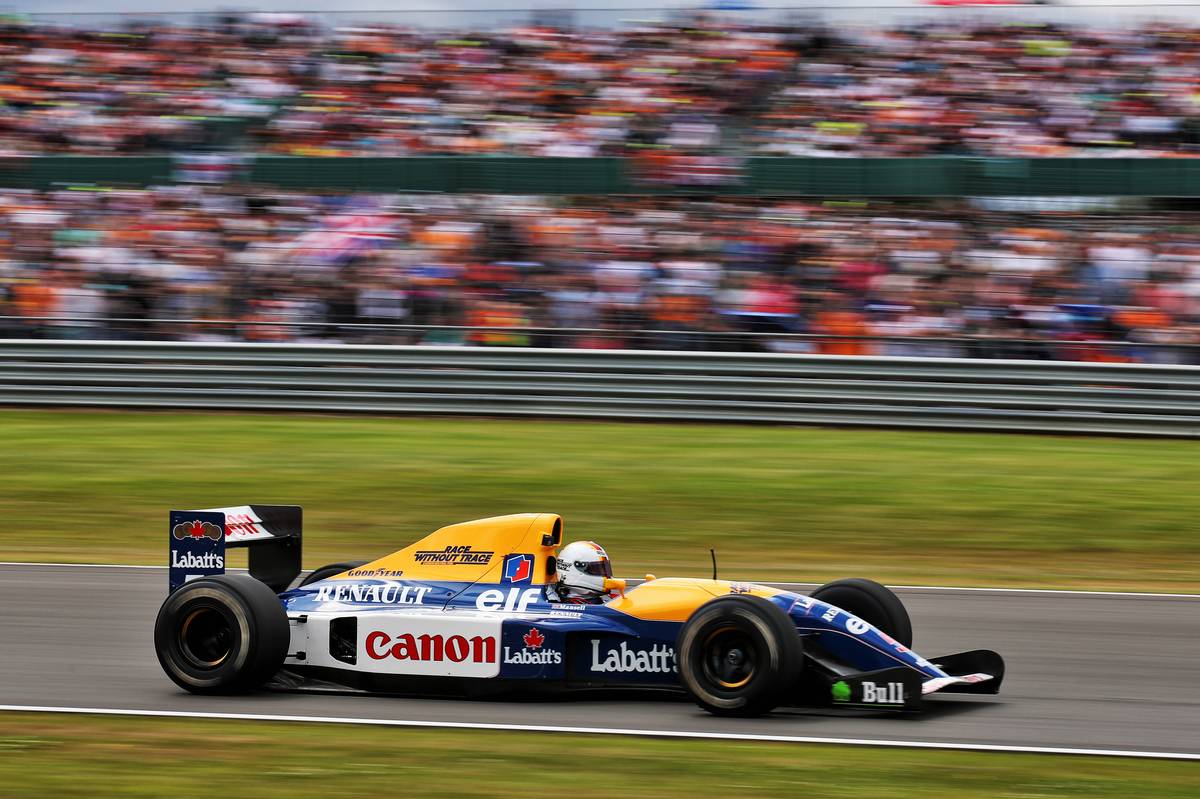 “It was very special, also to have him there and waiting for me at the end,” said an ecstatic Vettel.

“I felt like a five-year-old again, because the sound, everything, just brought me back to 30 years ago.

“Doing it the way that we did it with carbon neutral fuels and trying to showcase the emotions can be great, but we can do it in a more responsible way, was very important to me.

“When I came up with the idea, 30 years ago Nigel won the grand prix here, obviously I’ve got the car from that time, that very car, but I didn’t want to do it and just waste resources and thought of a better way of doing it.

“So I’m very proud we got together and I got the chance. It was even on my birthday, which I didn’t realise at the time!”

Sebastian Vettel says he “felt like a five-year-old again” when he took to the track last weekend at Silverstone for a demo run onboard Nigel Mansell’s 1992 championship winning Williams FW14B.

Indeed, Vettel – a climate change activist – made it a point of running the Renault-powered car on a fully sustainable carbon-neutral fuel, an initiative that supported the Aston Martin drivers ‘Race Without a Trace’ project.

The show run was also a good promotion for F1’s own sustainability plans as the sport is scheduled to switch to carbon-neutral fuels in 2026, although Vettel hoped that the change would take place sooner.

“The introduction is planned for 2026,” Vettel said.

“I understand that not everybody is not easily agreeing on changing it sooner, but in the end that’s probably what would be the right call, to do it sooner.”