Recreations of uber-expensive classics, made from fairly cheap cars, is nothing new. There are entire companies dedicated to making such inexpensive recreations. However, I think this one that recently sold on eBay Motors might have the biggest delta between the cost of the base car and the car it’s trying to recreate. It might look like a multi-million dollar Ferrari 250 GT SWB (Short Wheelbase) but underneath it’s actually a BMW Z3. (We don’t own the photos but you can see them here)

To be honest, it actually looks really good. While a Ferrari enthusiast would easily be able to pick it apart from up close, if you see it driving down the street, you’d think it was a real Ferrari. Without measuring it, I think its dimensions are probably a bit off. It looks a bit short, which would make sense given its Z3 underpinnings. However, aside from that, it’s pretty damn accurate for a recreation car. The seller does make it a point to say that it’s not a kit car, it’s a complete recreation of the 250 GT SWB.

There are some genuinely nice details, such as the rear haunches, fender vents, and wire wheels with knock-offs. While it isn’t exactly a Ferrari, nor does it look exactly like one, it’s shockingly close to the real thing for being a recreation. 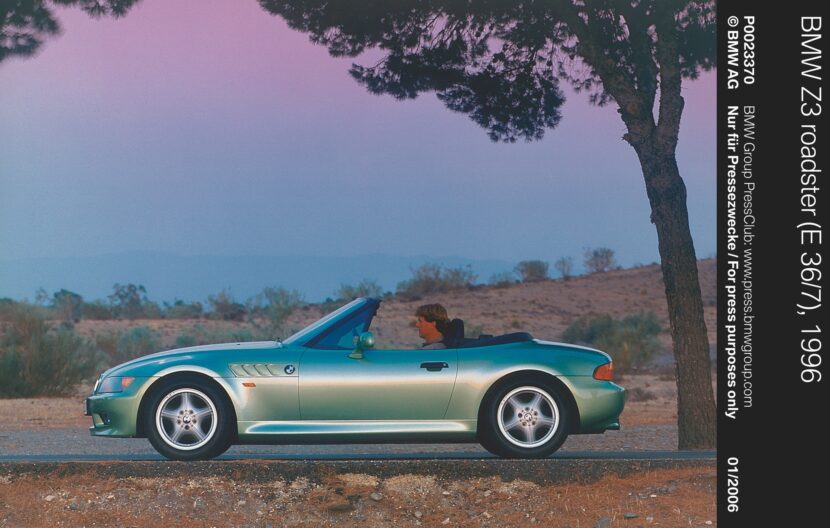 It should also be pretty fun to drive, too. Being based on a BMW Z3, that means it’s already fun to drive. However, its suspension is lowered 30mm and it has the bigger 3.0-liter inline-six and a five-speed manual. All while being able to drive it from a cabin that looks super retro. The exterior looks like a proper 250 GT SWB from 20 yards away but the interior doesn’t and that’s okay. It has a real ’60s sports car vibe, with a Nardi steering wheel, Veglia gauges, and even period-looking seats.

The seller claims that this recreation, unlike kit cars and other supposedly lesser recreations, isn’t a rattlebox but instead a smooth and polished feeling product. Obviously, that’s impossible to believe without driving it but the car did sell for just over $47,300, which is quite a lot of money for a recreation. Would you pay that sort of money for BMW Z3 with a Ferrari body and interior?