Fernando Alonso was lamenting the loss of track time on Friday, caused by rain starting to fall at Silverstone just minutes before the start of first practice for the British Grand Prix.

It meant that there was very limited running with only ten of the 20 drivers setting any sort of representative lap time in the hour-long session, and just one able to switch from inters and slicks before an early red flag finish.

With many teams rolling out significant upgrades this weekend, everyone was under pressure to get their new parts bedded in during the dry second session, which saw Alonso finish sixth fastest.

“It was very difficult for everyone today with the wet session in FP1, which limited any meaningful running,” commented the Alpine driver, whose best time of 1:29.695s was three-quarters of a second behind Ferrari pace setter Carlos Sainz.

“We only had FP2 to complete any proper driving and I think we have some further evaluations to make on our package here at Silverstone,” he said.

“We would love to have more hours on-track but it’s the same for everyone,” he admitted. “We’ll need to do some extra work tonight so that we can be in the best position possible for tomorrow’s final practice and qualifying.”

“We’ve brought some upgrades this weekend, mainly around the floor and the bodywork,” Alpine technical director Matt Harman explained. “They have brought some visual differences to the A522. 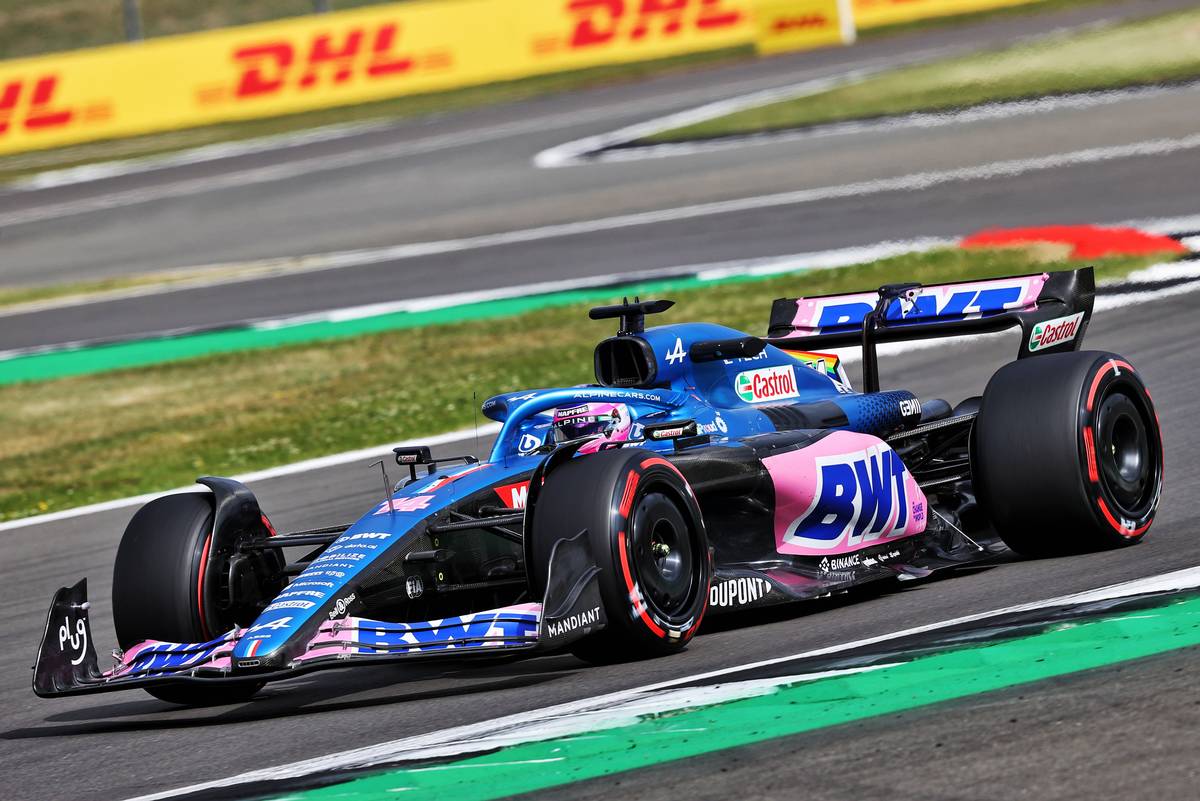 “The main changes on the floor are around the diffuser tunnel and edges, while on the top body we have a more pronounced gully to enhance flow to the rear of the car.

“It’s been exciting to see those new parts being developed and then seeing them on the car today, and credit goes to everyone involved in pushing to deliver those on time.

“In terms of our on-track running, this morning was very much stop-start with the mixed conditions, and we weren’t willing to take too much of a risk with such limited chance of learning anything about the car.

“For second practice, we were able to put together some dry running, which has given us enough data to run through to make some assessments. We’re now carefully analysing the upgrade components and data to confirm our spec for tomorrow.” 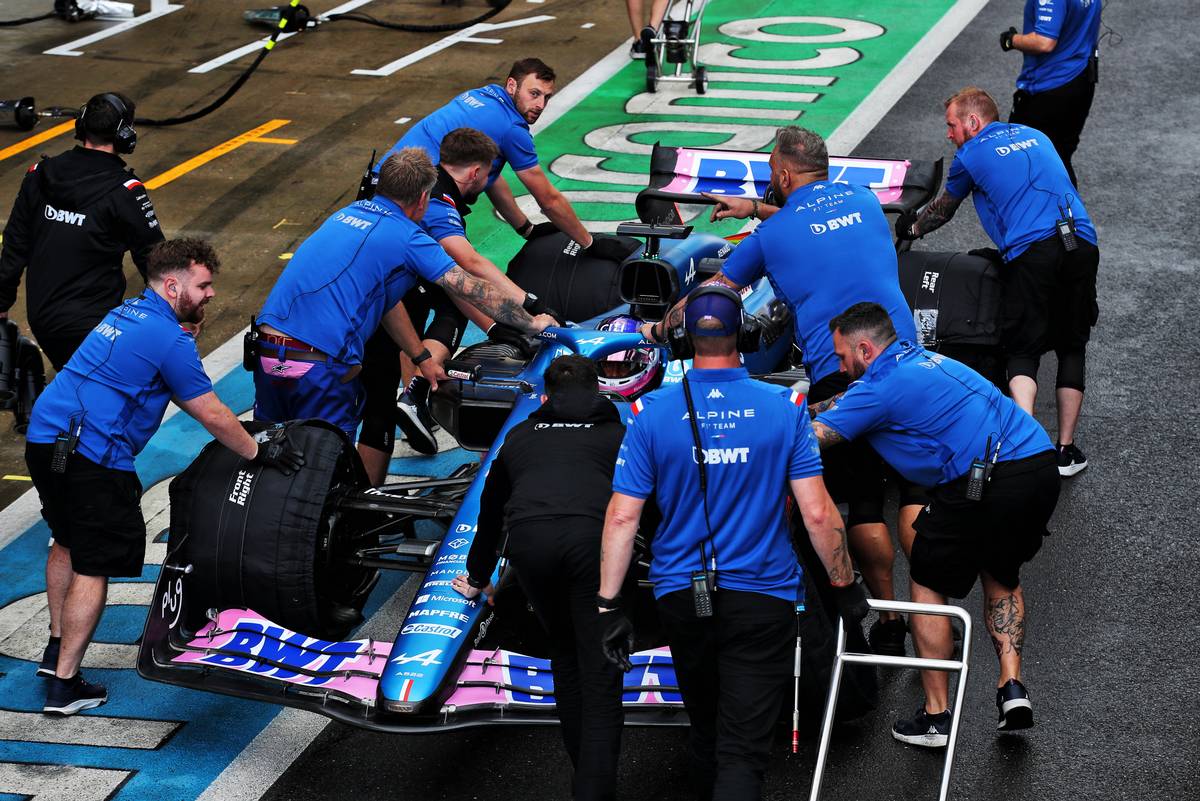 On the other side of the garage, a small but significant problem on the A522’s sidepod put Esteban Ocon on the back foot with an premature end to his day, leaving him P12 at the end of Friday.

“We had very limited running in FP1 due to the weather, so it was nice to get some more laps in the afternoon session,” Ocon explained.

“We did however spot a small crack in the bodywork towards the end of second practice and we preferred to play it safe and not push too hard at the end.

“We arrived this weekend with a few upgrades on the car, so it was key for us to see how the car performed today,” he said. “Preliminary data suggests they are working well, and we are looking forward to hopefully extracting more performance tomorrow.”

The post Alonso rues missing out on track time on wet Friday appeared first on F1i.com.