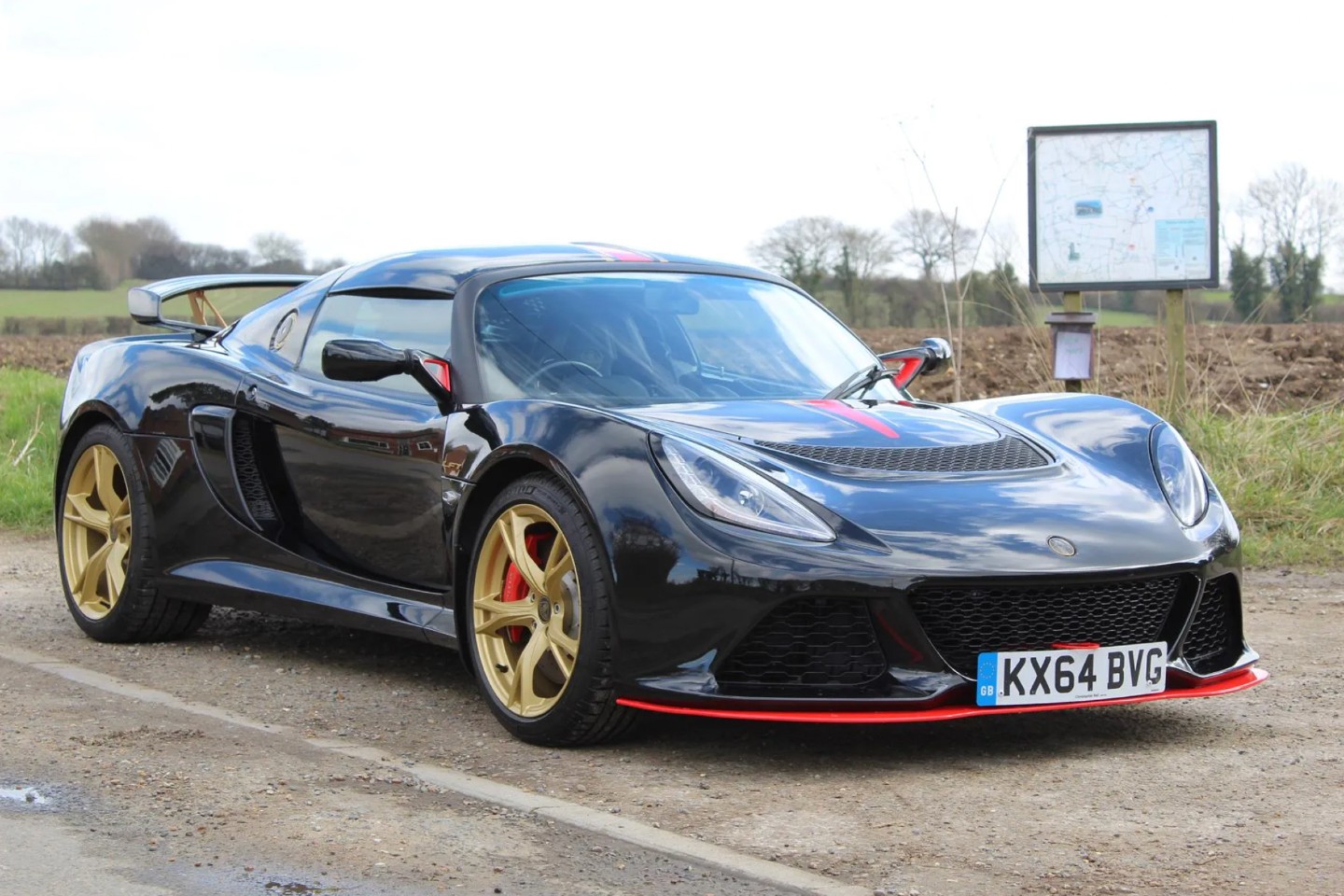 There was a bizarre controversy in Formula 1 back in 2011 regarding the use of the Lotus name. Team Lotus, which had returned to the sport a year prior as one of the new budget squads, argued that it owned the rights to the original name and could therefore use the Lotus badge. Meanwhile, the team formerly known as Renault had entered into a partnership with Lotus Cars for the season, and understandably chose to plaster its car with Lotus badges and a retro black and gold livery.

Despite sharing the same name, their fortunes in F1 were completely different. Team Lotus rebranded as Caterham F1 the following year before dropping out of the sport altogether in 2014 due to generally rubbish results. The Renault-backed Lotus F1 squad, however, would go on to win a couple of races with Kimi Raikkonen over the next two years and even challenge for the title (sort of).

To celebrate its return to winning, Lotus Cars launched 81 examples of the limited edition Exige LF1 to mark its wins (and those of the original Team Lotus) between 1960 and 2013. This particular example is the 81st and final car to roll off the line and, therefore, was built to commemorate Raikkonen’s victory at the 2013 Australian GP. Back then we thought it might turn into a title challenge… 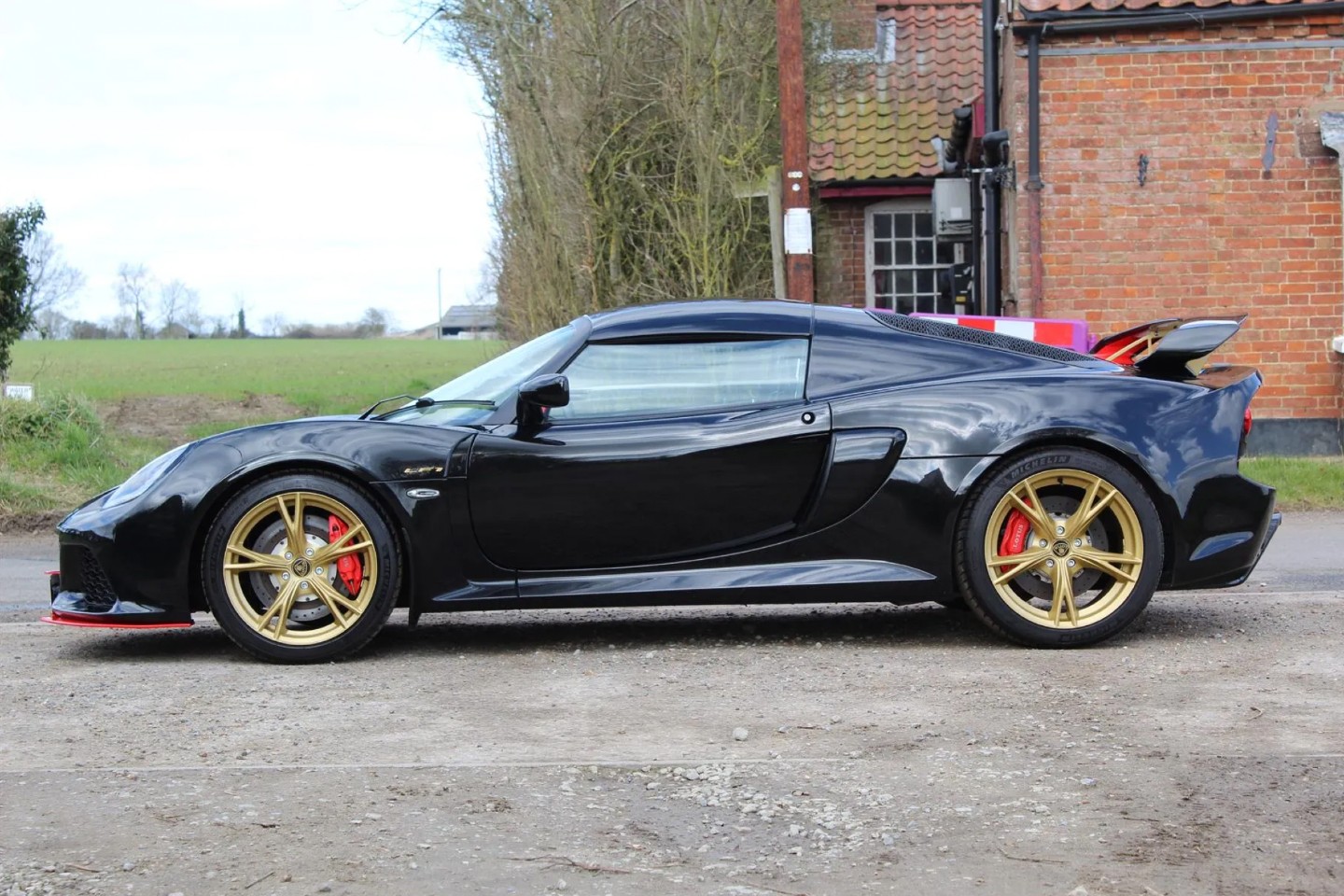 Anyway, the big giveaway that this is one of the LF1 cars is the paintwork. Though Lotus F1 cars have worn many liveries over the past 70 years – not least the awesome red and gold liveries from the late ‘60s and bold yellow scheme from the Camel days – every example of the LF1 was finished in black and gold. Let’s face it, it’s probably the best motorsport livery of all time – although we’re happy to be proved wrong in the comments.

It looks superb on the Exige, with red accents on the front splitter, wing mirrors and brakes, as well as a small stripe that stops shy of the bonnet vent. If the paintwork wasn’t shouty enough, there are a handful of LF1 badges dotted around the exterior as well as a black and gold version of the Lotus badge.

Granted, there’s not a whole lot the manufacturer could do to jazz up the interior of the Exige given how spartan the base car is, but you do get black and gold sports seats with the Lotus F1 team name embroidered into the backrest and the LF1 logo stitched into the floor mats. Gold stitching in the doors inserts is a surprising touch of luxury from Lotus and you could even spec a radio – an option the previous owner ticked on this car. 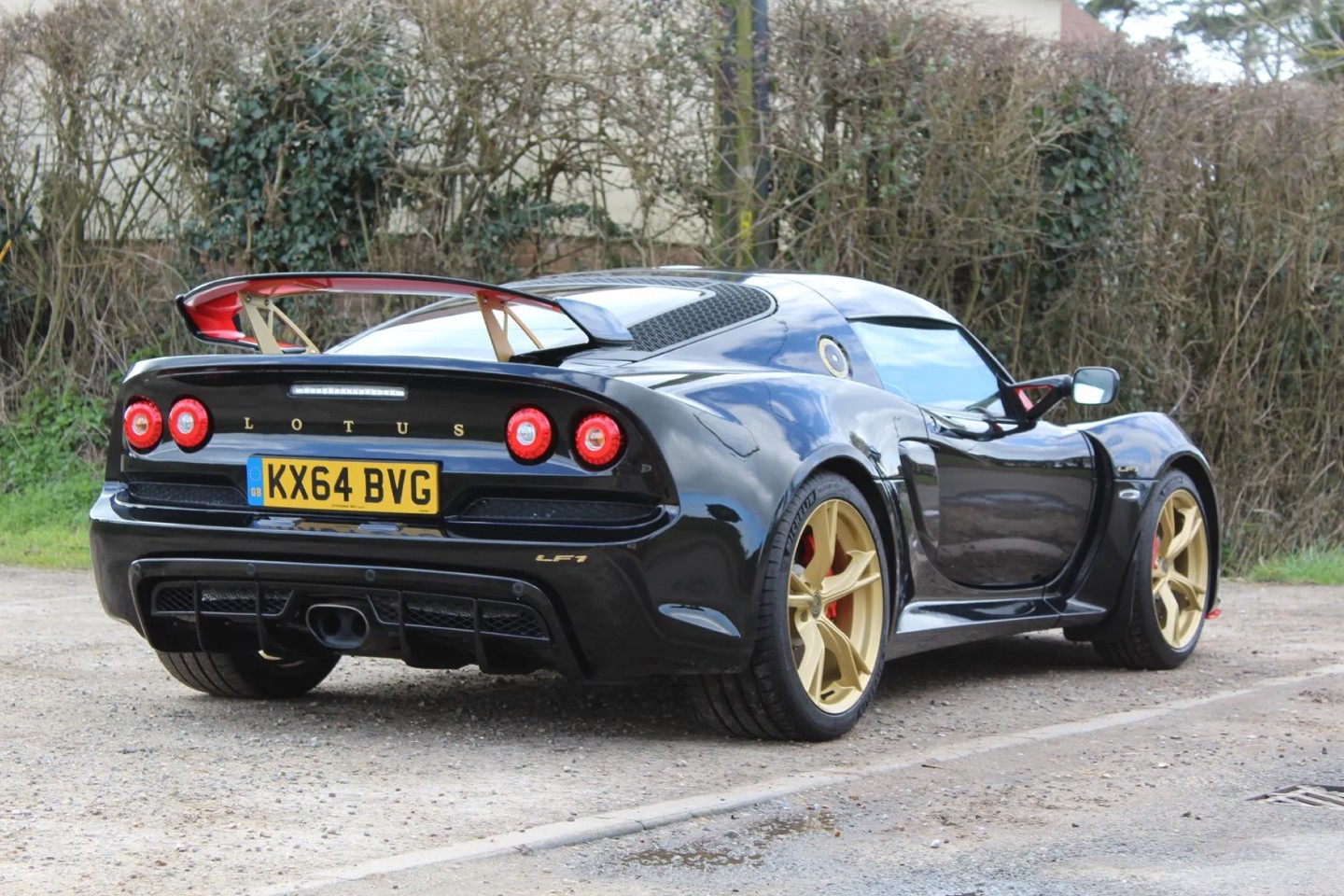 Mechanically, the LF1 is identical to the Exige S, with power coming from a 3.5-litre supercharged V6 that churns out 350hp and 295lb ft of torque. You do, however, get the optional Race Pack thrown in for free, which includes a Dynamic Performance Management, two-piece brakes and stickier Pirelli P Zero Trofeo tyres.

Thankfully, the previous owner went to town on the options list. This car comes with air conditioning, heated seats and parking sensors. Plus, when you consider that this is a limited-run car with an F1 link and the last of its type, it seems like a considerable amount of car for its £47,995 asking price. The previous owner has even thrown in Corgi and Scalextric models of Raikkonen’s race-winning car, plus a 1:2 scale replica of… Romain Grosjean’s helmet. Still pretty temping, though.