After years of rumored development, Stellantis has revealed its new six-cylinder engine family. The 3.0-liter, twin-turbocharged “Hurricane” I6 will offer V8 power, forced induction torque and six-cylinder efficiency in a package designed to fit into any of the company’s North American rear-wheel-drive platforms.

What is “V8 power,” exactly? Well, in standard output guise, the new I6 cranks out more than 400 horsepower (the specific figure will vary by application) and 450 pound-feet of torque, while the high-output variant is good for more than 500 horses and 475 lb-ft. The final figures will be dependent on the application. We’ll save you a little legwork: In current Ram, Jeep and Dodge products, the 5.7-liter Hemi tops out at about 395 hp and 410 lb-ft, give or take, and the 6.4-liter around 485 hp and 475 lb-ft. 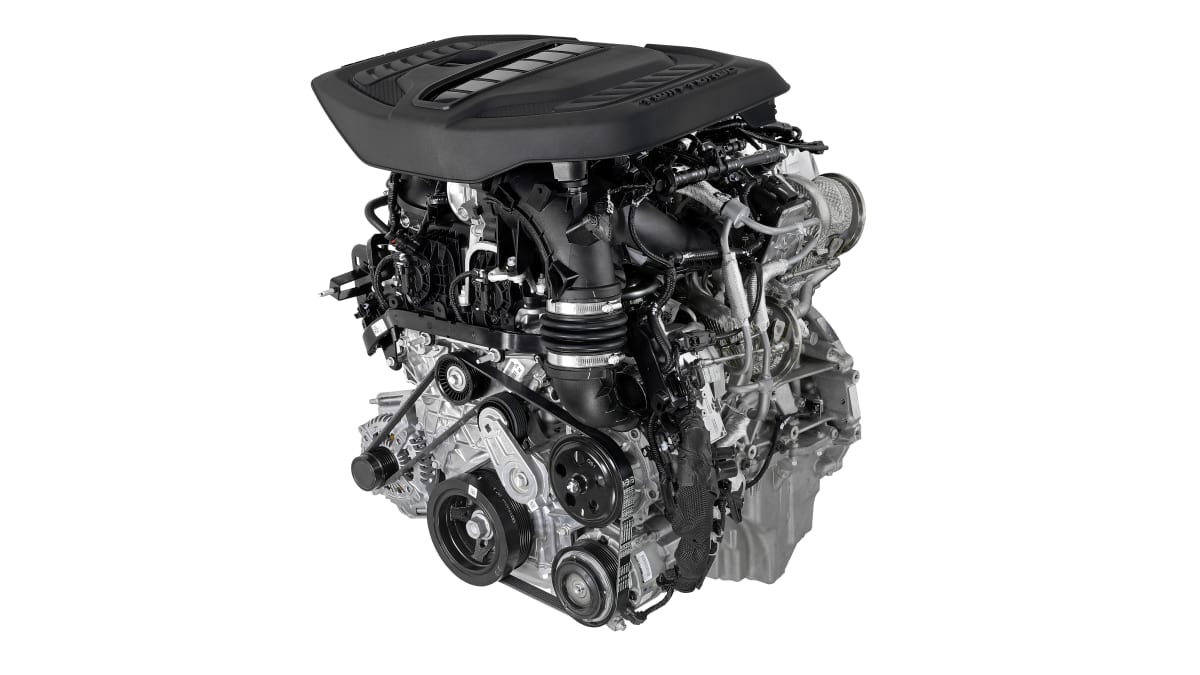 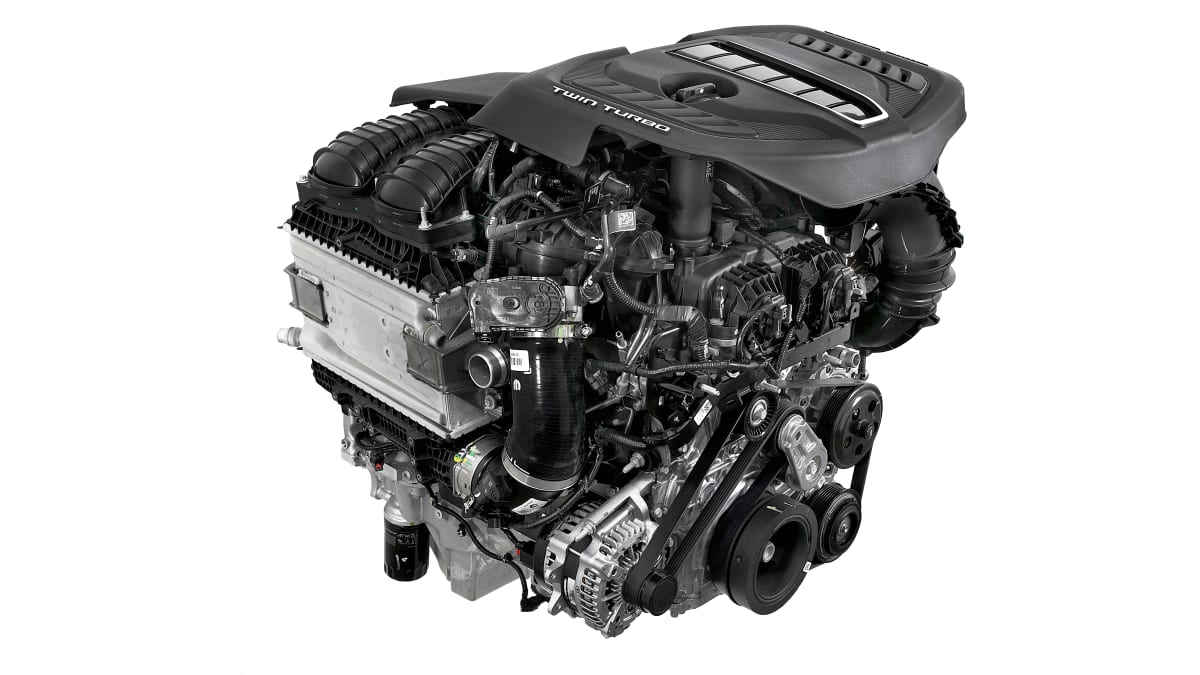 This is a clean-sheet design that is only related to the company’s turbocharged four-cylinder by some common measurements. The I6 is exclusively direct-injection (no hybrid/port-injection here) and the two I6 variants share 96 common parts, including the block and oil pan design. The differences are found in their internals, intake plumbing, valvetrain components and the turbochargers themselves. Stellantis is not yet ready to share specs or supplier info for the turbos but says announcements will come from its partners soon.

The new I6’s advantages go beyond basic power output. Every Hemi family engine currently in production is based on an iron block design, so they’re heavy. The aluminum-block I6 shaves weight off the total engine package, even if some of that gets added back thanks to the turbos and their associated plumbing. The standard-output I6 weighs 430 pounds, Stellantis engineers told us; the high-output adds just another 11. Fully dressed 5.7-liter V8s are in the 550-560-pound ballpark, and 6.4-liters close in on 600 pounds.

You may be wondering, “Why a clean-sheet gasoline engine now, when the industry is moving toward battery-electrics?” A valid inquiry, and one Stellantis was prepared to address. While the company will be pivoting to electrification over the next decade, it won’t be instantaneous. This engine family was engineered with electrification (hybrid or plug-in) in mind, however Stellantis wouldn’t say when we’ll see those hybrids. Think of this as a bridge between ICE and BEV.

In fact, the company’s propulsion team stayed incredibly tight-lipped about what to expect in terms of applications. In practical terms, it will fit anywhere the 3.6L Pentastar V6 or Hemi fits, provided you’re talking about RWD platforms. For those who want to do their own measuring, the standard output Hurricane measures 33.4 inches x 28.7 inches x 32.7 inches. The high-output checks in at 33.9″ x 29.0″ x 33.4″.

That said, don’t expect Stellantis to start chucking the 3.6-liter in favor of the 3.0TT in its mainstream cars. Just because it can fit doesn’t mean Stellantis will do it; look how long it took us to get a Hemi in a Jeep Wrangler. And don’t expect it to pop up in any Stellantis products built overseas, either. This engine family was designed primarily for North America; only American-built export models will be in the running for the time being.

We won’t have to wait long to find out exactly where it will appear. Stellantis finally confirmed rumors that the engine has been in production since November and says the first products to utilize it will materialize within a matter of months, not years. We’re supposed to see the first one — a Jeep, and the smart money is on the new long-wheelbase Wagoneer — at the New York International Auto Show in April.