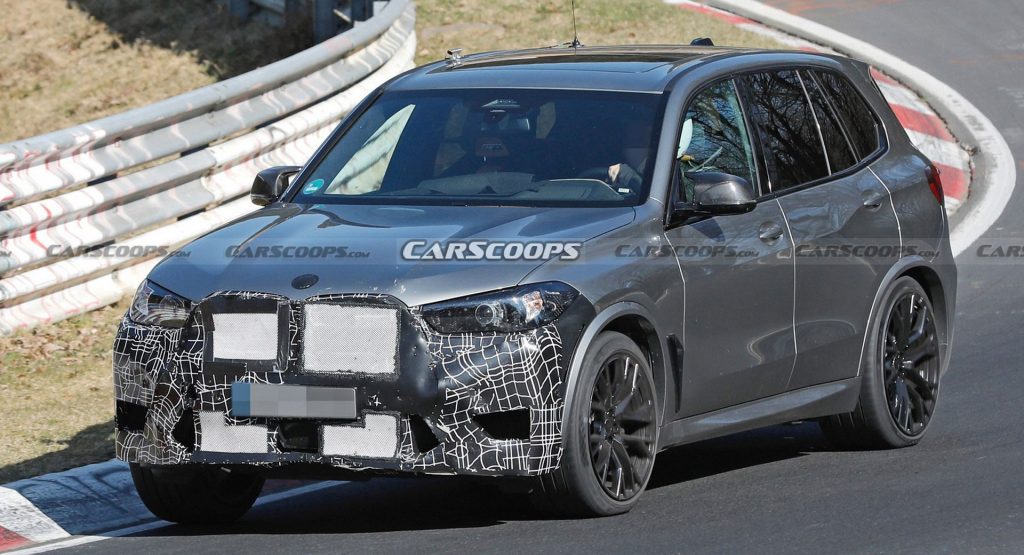 The facelifted BMW X5 M is inching closer to production as a lightly camouflaged prototype has been spied undergoing testing on the Nürburgring.

Expected to be introduced later this year or early next year, the high-performance crossover will be getting a modest makeover that largely focuses on the front end.

While the camouflage does a good job of hiding the updates, it appears the model will be equipped with a revised grille and new headlights. They should be joined by an updated front bumper, but things look pretty evolutionary at this point. 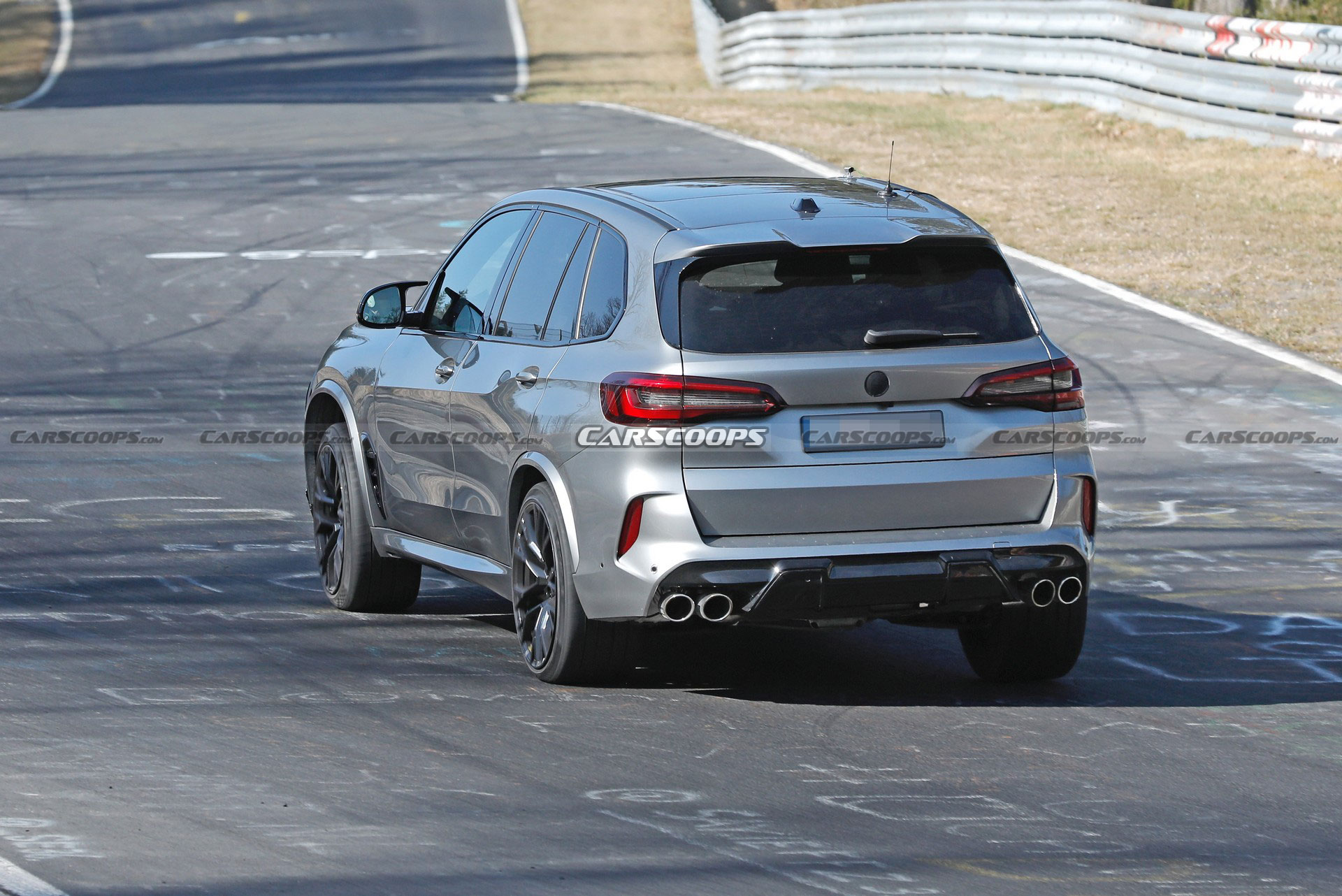 It’s a different story out back as the rear end appears to carryover untouched. That being said, the taillights may have revised graphics for a more three dimensional appearance.

Spy photographers didn’t get much of a look inside, but previous pictures have suggested the crossover will adopt a minimalist shifter, updated switchgear, and a Curved Display similar to the one found in the iX. As a result, we can expect a freestanding 12.3-inch digital instrument cluster as well as a 14.9-inch infotainment system.

Changes could also be found under the hood as the latest rumors suggest the 2023 X5 M will be offered exclusively in Competition guise and come equipped with the new S68 engine that is slated to debut in the XM. While the latter model will be offered exclusively as a plug-in hybrid, the facelifted X5 M is said to be a mild-hybrid. This means the X5 M likely wouldn’t be as powerful as the XM concept, which was rated at 740 hp (552 kW / 750 PS) and 738 lb-ft (999 Nm) of torque.

Of course, that remains to be seen and it’s worth noting the prototype lacks hybrid warning labels.