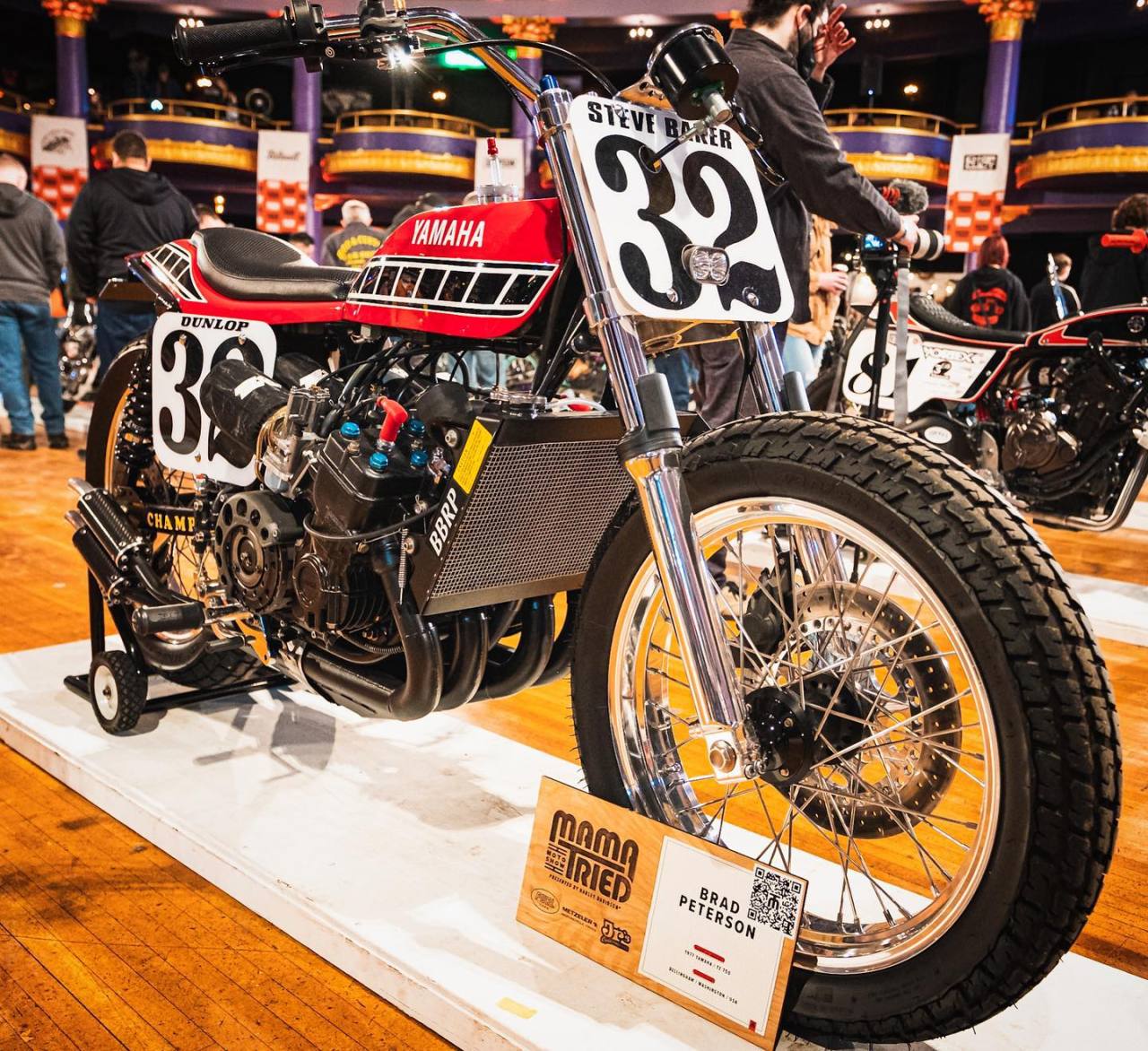 Banned But Unforgotten: Yamaha TZ750 from Brad Peterson (@soggiesnephew), as featured at @mamatriedshow 2022. A bike that, after the 1975 Indy Mile, prompted Kenny Roberts to say:

“They don’t pay me enough to ride that thing.”

After the season, the AMA rules committee voted for a minimum piston displacement of 335cc and max of two cylinders, including Roberts himself:

“I voted to ban it. That wasn’t the right motorcycle for its time because it was going to kill someone, and I didn’t want that to be me!”